Amid Growing Rivalry, China Prods At America With Request To Join Trade Pact 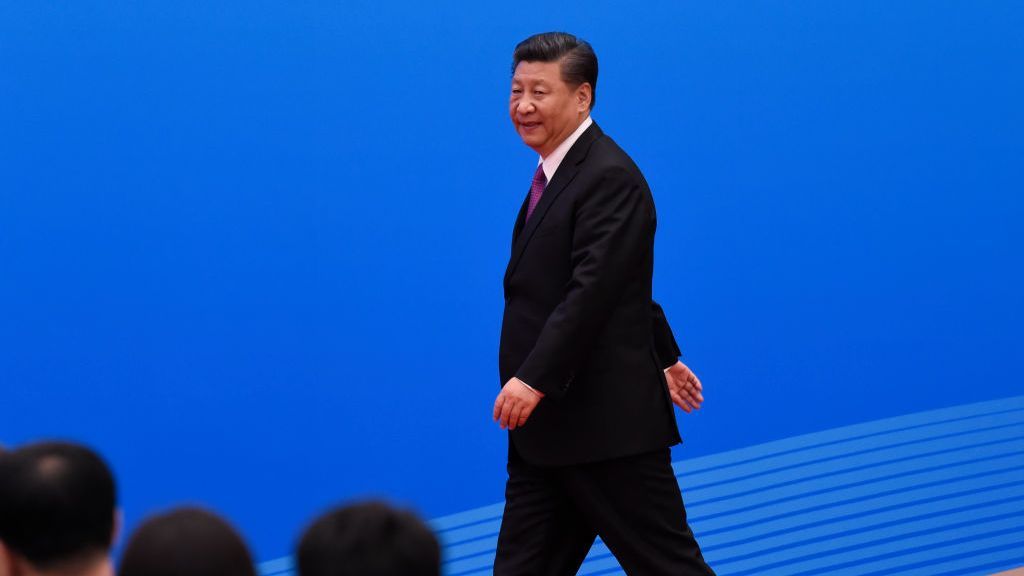 Chinese President Xi Jinping arrives for a press conference after the Belt and Road Forum at the China National Convention Center at the Yanqi Lake venue in Beijing in April 2019. (Wang Zhao - Pool/Getty Images)

A day after the United States, United Kingdom and Australia announced a new Asia-focused security pact last month, China quietly dropped a diplomatic bombshell of its own.

“The message is clear: we will be stepping up everywhere America has stepped down,” James Chin, professor of Asian Studies and director of the University of Tasmania’s Asia Institute Tasmania, told Zenger about China’s intentions.

“China is trying to show the rest of the world that it is a trading nation and is willing to abide by multilateral trade pacts,” he said. “It is quite clear China’s game is basically sending a signal not to the first world but to the second and third world that America is a declining power.”

China’s admission to the group is by no means assured. Every country already in the pact can veto the entry of new members, and it could take years of diplomatic wrangling before any kind of vote is taken. But that may not be the point — the symbolism of China’s application to join a bloc designed by a rival to contain it may be the most important part, according to William Reinsch, Scholl Chair in International Business at the Center for Strategic and International Studies in Washington.

While the U.S. might be trying to reassert its pivot to Asia through the pact knowns as “AUKUS” for the countries involved with Australia and the U.K., he said, China was reminding America there is another regional power — and one that’s firmly anchored.

“Strategically, the AUKUS reinforces the U.S. commitment to the Asia-Pacific region and reminds nations in the region that the U.S. is there and intends to remain there,” Reinsch said.

“China’s application to join the CPTPP can be seen, among other things, as competition to the U.S. presence in the region, and it may have the effect of causing the U.S. to rethink its opposition to CPTPP.”

Other experts are more skeptical about China’s intentions.

“China is trying to join CPTPP to neutralize it,” John Blaxland, professor of intelligence studies and international security at the Strategic and Defense Studies Centre at Australian National University, told Zenger.

“It wants to prevent it from being used in a way not considered to be in China’s interest and also to become the biggest partner and use the platform to get disproportionate influence in the alliance.”

China’s application to join the pact might push some in the U.S. to reconsider America’s abandonment of the bloc. The United States’ ascension back into an alliance it designed would not be assured.

The same veto rules would apply to China’s entry to the CPTPP, and the existing members may drive a hard bargain on trade terms, which may face difficulties in passing a U.S. Congress not used to playing second fiddle.

U.S. President Joseph R. Biden Jr. would also likely face staunch opposition to joining the Obama-era pact from some Democrats and from a Republican Party that has, in the era of Trump, turned away from its once reflexive support of free trade.

“The White House is focused on infrastructure and COVID-19 and really doesn’t have the bandwidth to take on a major trade initiative,” Stephen Olson, a senior research fellow at the pro-trade, Asia-based Hinrich Foundation, told Zenger.

He said with Biden’s relations with the progressive wing of his party tenuous, pushing CPTPP membership at this time would only “further strain those relations.”

“Moreover, once we get into next year, the focus will shift to 2022 midterm elections, making it even tougher to consider CPTPP.”

But that would likely only help demonstrate China’s point about regional leadership.

As the U.S.-China rivalry for power and influence in Asia deepens, the United States is already on the back foot, before politicking even gets in the way, said David Dollar, an expert on U.S.-China economic relations and a senior fellow in the John L. Thornton China Center at the Brookings Institution in Washington.

“All the major economies in the Asia-Pacific have deeper economic ties with China than with the U.S. and that’s not likely to change given China’s size and centrality to most supply chains,” Dollar told Zenger.

“The U.S. missed an opportunity by not joining TPP and now China is negotiating to get in.”

«Previous Post
US Jets Take Off From Carrier As Americans And Allies Train Together In Pacific»Next Post
Hair Raising: The Bald Truth About COVID Hair Loss