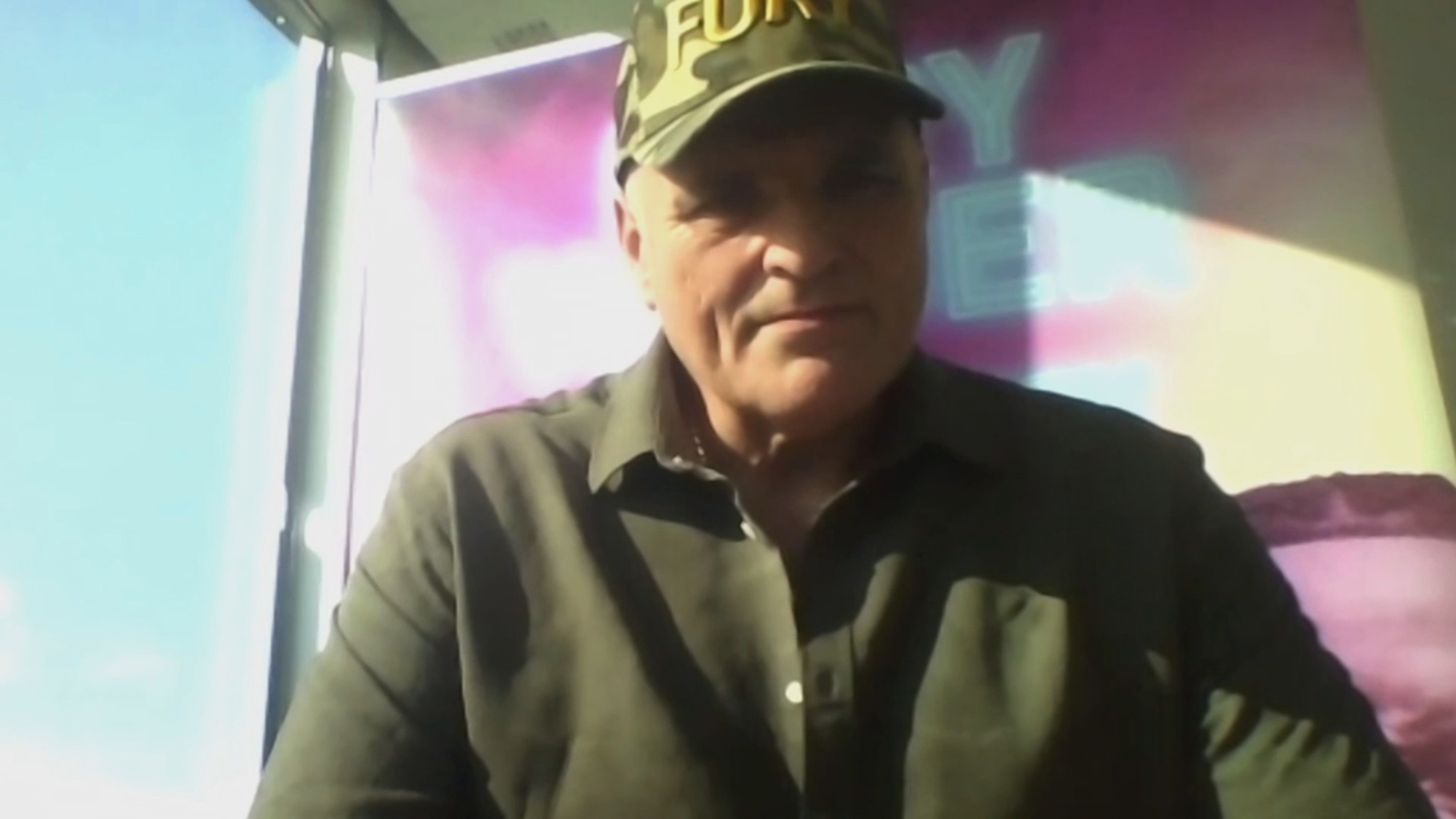 Tyson Fury’s father John says Deontay Wilder could learn a thing or two from defeated British boxer Anthony Joshua on how to handle being beaten in the ring.

John Fury, 57, a former professional boxer and bare-knuckle fighter, told Dan Ludlam from Hayters TV that Wilder has been “in total denial” and “talking absolute rubbish for the last two years” following his defeat to Tyson Fury in February 2020.

As excitement builds ahead of the third Fury versus Wilder bout on Oct. 9, John Fury said “AJ [Anthony Joshua] had dignity in defeat” following his loss to Oleksandr Usyk on Sept. 26, whereas Wilder lacks the same humility.

In December 2018, Fury took on then-world champion Wilder for the first time and the fight ended in a controversial draw, with many believing the British challenger outpointed his opponent.

The result was more decisive last year when “The Gypsy King” stopped Wilder in the seventh round.

Following his first professional defeat and the loss of his heavyweight titles, Wilder started making several excuses for his, in the eyes of many, poor performance, including that Fury cheated, his water was spiked and that his costume before the fight was too heavy.

In the aftermath of the defeat, Wilder also split with long-term trainer Mark Breland, who threw in the towel in the seventh round of the second fight.

“I got asked about Wilder being like AJ,” John Fury told Hayters TV’s Ludlam. “You could never compare the two men. AJ had dignity in defeat, he knows what’s gone wrong, and he’s trying to put it right, and he will do [that].

“The other one’s in total denial and has been talking absolute rubbish for the last two years. He’s still talking rubbish and that’s what puts me off him as a fighter and that’s why in my opinion he cannot improve because of his mindset.

Tyson will know when to fight and when to box and “I don’t think Wilder has the intelligence to cope with that on any level at all,” the elder Fury said. “Not knocking him; it’s just the character he’s shown to me in defeat.

“How can you learn in defeat when you carry on like that?

He also predicted that his son will inflict even more punishment on Wilder in their highly anticipated third showdown.

“The way I see it, the result will be the same, but I think he’ll get a worse beating than what he got before, and it will be the end of Deontay Wilder.”

Tyson Fury’s dad also suggested that a second successive defeat to his son could result in him entering his “retirement stages” as he will be “too badly damaged because Tyson has been training to hurt him and hurt him bad.

“And I mean that in the nicest way I possibly can.

“He’s got people blowing smoke up his back side, saying he can do this and do that. They can all talk a good show but when you’re under those bright lights and the man’s there in your face, you then realize that a formidable task is in front of you.

Summing up, John Fury said “Tyson is a great finisher these days, and he is in the hurt mode. He’s not going for a points decision. He knows it’s not possible in America.

“Tyson is going for the knockout and in explosive fashion. That’s what he’s trained to do.”

The fight will be shown exclusively live in the U.K. on BT Sport Box Office on Oct. 9. It is available elsewhere on ESPN/FOX PPV.