Scientists reveal that Galapagos snakes eat each other when they are hungry or under stress. 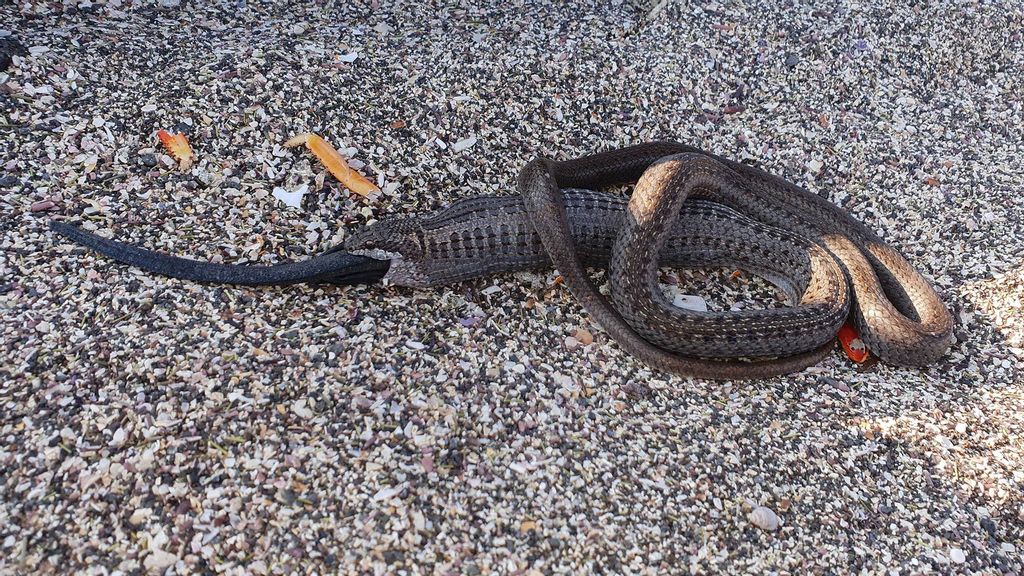 Scientists looking at excrement from snakes in the Galápagos Islands discovered they are cannibals that eat each other when stressed or hungry.

The findings by researchers at New Zealand’s Massey University and the Galápagos National Park involved snakes living on Fernandina Island in the western part of the Galápagos archipelago, a part of Ecuador.

Teeth and skin fragments in the feces of the snakes were determined to belong to members of the same species.

Luis Ortiz-Catedral, who led the study, which began in 2018, details fragments of snakeskin in 11 samples; one of which had 31 teeth and remains of skin.

“Our study highlights the generalist feeding behavior of Galápagos terrestrial snakes. In a place like Galápagos, it pays to be a generalist as prey numbers can fluctuate dramatically between years,” he said.

“We are only beginning to understand the trophic relationships of these snakes, which will help us conserve them in the long term.”

The results of the findings were published in the journal The Herpetological Bulletin.

Richard Wollocombe, a co-author of the study and nature documentarian, recorded and photographed the hunting behavior of the archipelago’s snakes and witnessed several attempts at cannibalism, the Galápagos National Park said in a statement.

The scientists concluded that the reason the snakes exhibited cannibalistic tendencies could be due to a state of stress that instinctively stops them from dying of starvation. But they also said that these occurrences could be random.

The study, which is part of a bigger investigation of all snakes that live in the Galápagos Islands, totaling nine species, began in 2018, with the scientists only publishing their findings now.

The Galápagos Islands, situated in the Pacific Ocean about 620 miles off the coast of South America, include 19 islands. They, along with the surrounding marine reserve, have been called a unique “living museum and showcase of evolution.”

After seeing and studying land iguanas, giant tortoises and the many types of finch on the island during an 1835 visit, he developed his theory of evolution by natural selection. Darwin noted the animals were similar from island to island, but had adapted to thrive in the environment they were in.

The huge expanse of ocean between the Galápagos Islands and the South American coast makes it very difficult for new kinds of plants and animals to reach the islands — in Darwin’s time and now.

But today more than 45 species of endemic birds, 42 reptiles, 15 mammals and 79 fish species live on Galápagos and in its nearby waters, according to the Ecuador national parks office.