US infantryman hopes to tracking down the children he snapped as the Allies invaded Italy. 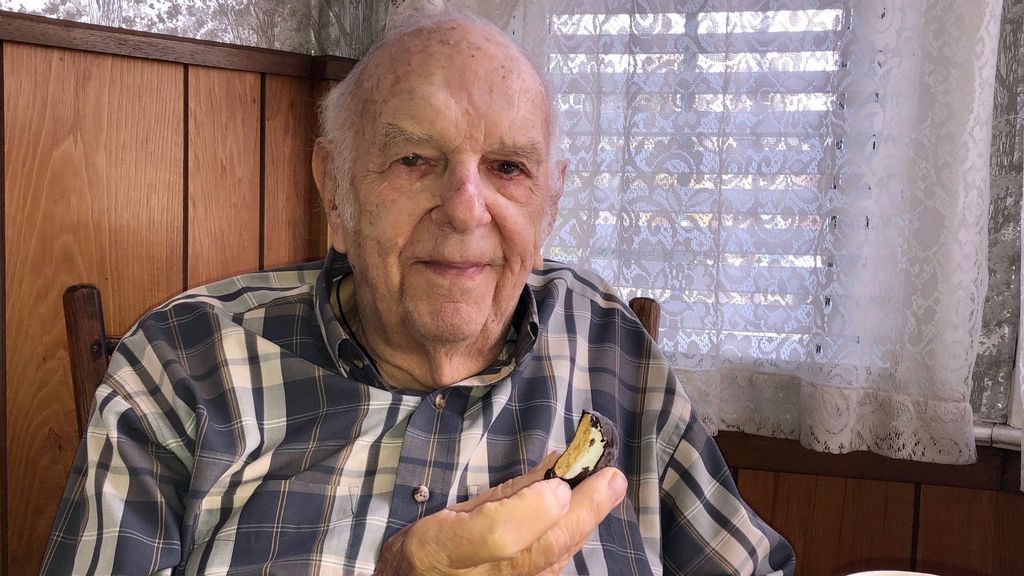 Edward Roethel, an American veteran of WWII, sent to San Miniato in Italy, is trying to track down the children he photographed there. (City of San Miniato/Zenger)

An American soldier who fought in Italy during World War II is on a new mission.

His quest is to find the eight children he photographed in 1945, as the war drew to a close.

Edward Roethel, now over 90, was deployed in Italy as part of the Fifth Army and was stationed in Naples in 1944. Later, he was sent to the town of San Miniato, in the province of Pisa in the Tuscany region in 1945.

It may be a quixotic effort, but the town of San Miniato is trying to help him achieve his goal, 76 years later.

However, Roethel has little evidence to begin his search.

All he has is the black-and-white photograph of the eight children standing on some steps in front of a building entrance. He does not know the names of the children; he only remembers the name of the city. Time is also working against him: The youngsters would be around 80 now and may not be from San Miniato.

The closing months of the war were chaotic, characterized by numerous displaced families from Tuscany being hosted by locals. The town was repeatedly shelled during the war. Much of San Miniato, including a famous tower built by Emperor Frederick, was leveled.

The Fifth Army landed on the Italian beach of Salerno, southeast of Naples, on Sept. 9, 1943, under the command of Lieutenant General Mark Clark. It was the first American military force to invade mainland Europe during the global conflict that pitted the Allies against the Axis powers: Germany, Japan and Italy.

Federica Antonelli, a spokesperson for the municipality of San Miniato, said: “Edward Roethel, a former American soldier now over 90, a veteran of the Second World War, … expressed the desire to trace the children immortalized in this photo or some of their relatives, taken in those days in our city.

“We ask the citizens if anyone recognizes themselves in this photo or if they recognize a family member, contact us by writing to [email protected] or by calling 348/8160268, so we help Edward to find them!”

The Fifth Army holds a singular place in WWII history.

It was the first to win a battle on the Continent and the first to liberate a European capital, Rome. It was constituted from Army units that participated in the invasion of North Africa, in French Morocco. The formation was the first of the seven field armies the United States created during World War II.