Popcorn With Zenger: Daniel Craig’s Last Ride In ‘No Time To Die’ Is Incredibly Long

The latest edition of the 007 franchise will leave viewers shaken, but not stirred. 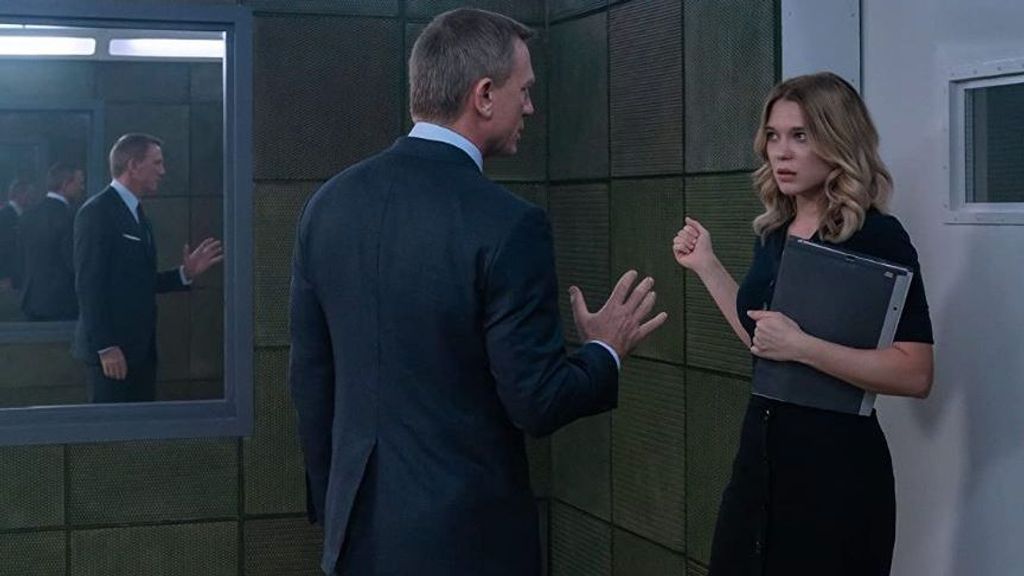 Daniel Craig and Léa Seydoux reprise their roles as James Bond and Madeleine Swann in the latest 007 film, “No Time to Die.” (Courtesy MGM Studios)

“No Time To Die” quickly became one of the most polarizing Bond films ever before a single person had even seen it.

The film made numerous headlines over the last three years, and the more production issues that were reported, the more die-hard Bond fans worried about the film.

First, Metro-Goldwyn-Mayer had a prolonged battle with actor Daniel Craig to get him to return after he complained about the stress of performing the lead role. Then there were early reports of the film replacing Craig in favor of Lashana Lynch in a bait and switch that would see the British actress become the new 007.

After those reports were denied, Neal Purvis, Robert Wade and Cary Joji Fukunaga were named as the screenwriters. Having three writers for one film is enough of a red flag by itself, but then “Fleabag” series creator Phoebe Waller-Bridge was brought in by Craig himself in order to polish the script in an attempt to bring Bond into the “modern era.”

Producer Barbara Broccoli clarified that in the era of #MeToo, it was important for the movement to influence everything that was done with Bond, including making sure women in the film were portrayed respectfully.

Add in a $300 million production budget, an estimated $900 million break-even mark, two years of delays due to COVID-19 and studio concerns about massive box-office losses, and you start to understand why the hype for the latest Bond film was at an all-time low point for a lot of people.

The Story: “No Time To Die” begins with Bond (Craig) enjoying retirement from MI6 with his love interest Madeleine (Léa Seydoux) until he is ambushed in Southern Italy by Spectre assassins. Bond believes that Madeleine has betrayed him as she has a secret she refuses to tell him.

With the film jumping five years into the future, MI6 scientist Valdo Obruchev (David Dencik) has developed “Project Heracles”, a bioweapon containing nanobots that attacks people like a virus and is coded to an individual’s specific DNA, rendering it lethal to the target but harmless to others.

For personal reasons, Bond decides to work with the CIA over MI6 in order to get to the bottom of the Spectre attack and the location of the bioweapon. To Bond’s surprise, someone has taken out all of Spectre’s agents, and that is when he is introduced to Lyutsifer Safin (Rami Malek) a dangerous eco-terrorist with a direct tie to Madeleine and a dark secret in Bond’s past.

Bond has no choice but to work with Nomi (Lynch), the new 007, and find Safin, but the list of people Bond can trust gets shorter with every moment.

Bright Spots: “No Time To Die” is a film with a lot to like but not a lot to love. One of the undeniable bright spots of this film comes in the form of Ana de Armas as Paloma. For a woman who doesn’t have much screen time, she sure as hell makes lemonade with what she is given. Armas plays a somewhat clumsy CIA agent whose energy and personality remind everyone of what the Bond films used to be: fun. Out of all the ladies in this film, de Armas undoubtedly makes the biggest impact.

The emotional weight of this film rides on Craig. With five films over 15 years, Craig is the longest-tenured James Bond to date. “No Time To Die” is Craig’s farewell to the franchise, and the film ties up loose ends in order to close the chapter. There are some amazing car-chase sequences through the streets of Italy that cap a great opening pre-credit scene before Billie Eilish serenades the audience with her title track, “No Time To Die”. Jeffrey Wright returns as CIA operative Felix Leiter and leaves an impressive mark on the Bond series with his performance.

Weak Spots: MGM wants Lynch to take over the lead role of “007” from Craig. But if this film was her screen test to see how she would do in that role, Lynch doesn’t show anything that would grant her the keys to the franchise. Lynch plays a strait-laced, by-the-book agent who is the balance to Craig’s emotionally compromised motivations. But as an action star, she is uninspiring, and at times, the film itself doesn’t have much faith in her either.

Another disappointment is the addition of Malek as the villain. As the main villain of the film, Malek as Safin is often forgotten about — and when he does turn up, the writing isn’t strong enough to make him a memorable bad guy. Safin wishes to doom the world with an artificial pandemic — *wink wink* — basically making him a generic villain. The film spends so much time trying to give character depth to Bond that it fails to make anyone care about the antagonist, which is a complete waste of Malek.

At 163 minutes, “No Time To Die” is one of the longest films in the Bond franchise. And for the audience, it feels like taking an SAT test that you can’t leave early. James Bond has become a franchise without an identity. The writers and producers spend so much time trying to “move the franchise forward” but they can’t get away from callbacks to the past, to the point where “No Time To Die” feels like a Frankenstein monster of past Bond movies.

The soundtrack, the score and the dialogue are all references to a much better era of Bond films, which is ironic, considering how much the creators want to move past that era.

The Takeaway: There is no way to sugarcoat it, “No Time To Die” is Craig’s swan song for the franchise — a song that will be remembered as a middle-of-the-road addition to his era of Bond movies. Whether the franchise goes down with him is yet to be determined, but for the end of an era, Craig gives audiences a decent but flawed close to an epic 15-year chapter.

See or Skip: “No Time To Die” doesn’t go out with a bang. Its 163-minute runtime requires some patience and strong wills to catch the few diamonds hiding in the film.