Rare 911 RSR previously driven by Formula 1 legend Emerson Fittipaldi and owned by Roger Penske said to be worth over $2 million. 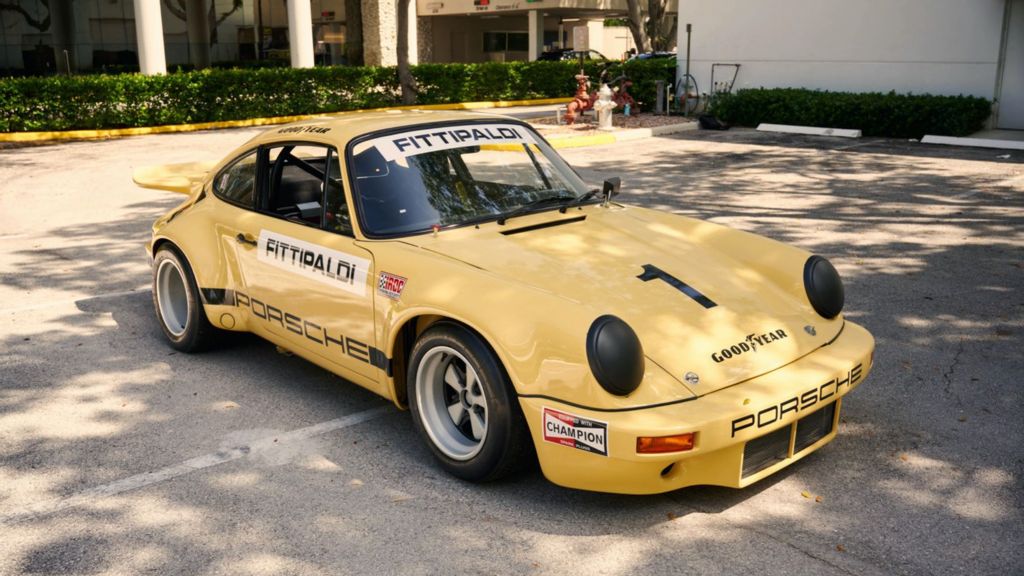 A Porsche 911 once owned by infamous drug lord Pablo Escobar was up for auction on the Collecting Cars website. (Collecting Cars/Zenger)

A vintage 1974 Porsche 911 RSR once owned by notorious drug overlord Pablo Escobar has apparently failed again to find a buyer at auction.

The car’s original use was by Formula 1 star Emerson Fittipaldi, who raced the 911 in the 1974 International Race of Champions (IROC) all-star competition before it was eventually acquired by Pablo Escobar.

The car was on sale at Collectingcars.com, which stated that the winning bidder would have had to collect the car from Boca Raton, Florida. This is the car’s second time on the auction block this year, reports the Motor Authority, which said it was listed for sale in March by the DuPont Registry with a $2.2 million asking price.

The latest auction closed Oct. 8, without a successful bid. (Collectingcars.com did not disclose a minimum bid for the vehicle.)

One of 15 such vehicles made for the racing series’ inaugural year, the 911 comes with ownership records which show that it was originally brought into the U.S. and owned by another legend in racing circles, Roger Penske, who then sold to the racer John Tunstall. The latter sold it to Escobar in the early 1990s.

Despite changing hands so many times and being shipped from the United States to Colombia and back, it is in good condition. “There is no known bodywork damage and no evident panel damage or rust,” the auction site’s listing said.

Pablo Emilio Escobar Gaviria is one of the most infamous drug lords in the world, as he was the founder and sole leader of the Medellin Cartel and is believed to have been the wealthiest criminal in history.

The drug cartel operated from 1972 to 1993 in Bolivia, Colombia, Peru, Panama, Central America, the Bahamas, the United States and has since been immortalized in dozens of movies and series.

Escobar’s cartel monopolized the cocaine trade into the United States during its heyday, resulting in him amassing an estimated $30 billion fortune before he was killed in a 1993 shoot-out with Colombian authorities in Medellin. He was 44. His death marked the end of the Medellin Cartel’s dominance over the cocaine trade and its rival, the Cali Cartel, went on to control much of the cocaine flooding into the U.S. during the 1990s.

During his lifetime, Escobar spent his immense wealth on countless luxury goods, including huge mansions, exotic animals and a stable of fast cars, including the 911. (It is not known what he paid for the powerful two-seater.) He reportedly entered several races with the car.

Collecting Cars has not responded to a request for comment.