VIDEO: Terrified Islanders Flee As Wildfire Rips Through Community So Tiny It Has No Firefighters

A state of emergency has been declared in the resort island of Honduras. 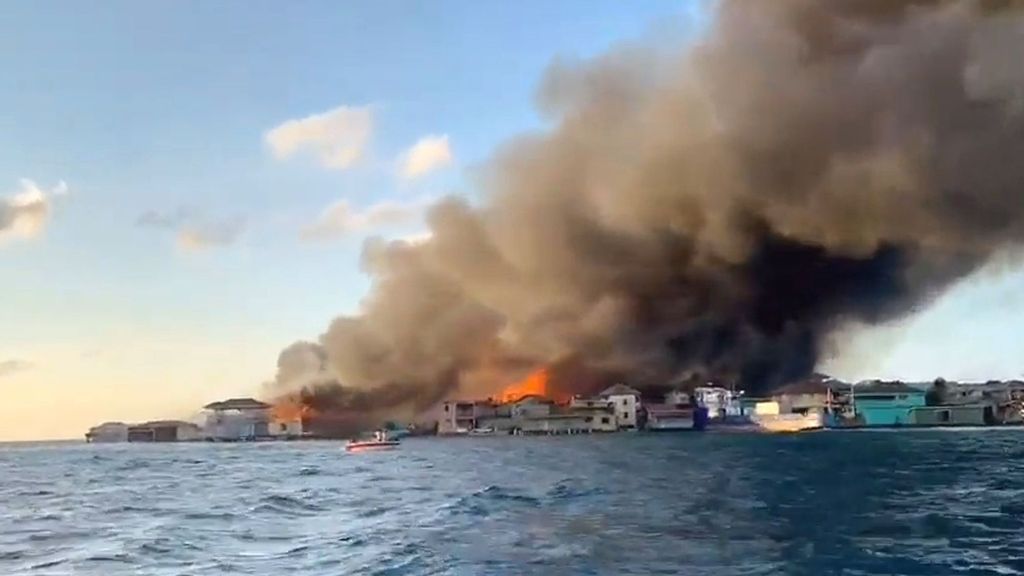 A wildfire fire on Guanaja Island, Honduras, on Oct. 2-3 affected more than 60 percent of the population and damaged or destroyed many homes. (Permanent Contingency Commission of Honduras/Zenger)

Four people were injured and 62 were displaced by a wildfire that ravaged the tiny Honduran resort island of Guanaja on Oct. 2.

The fire affected about 2,500 people — approximately 62 percent of the island’s population — and more than 220 houses were destroyed or damaged, according to the U.N. Office for the Coordination of Humanitarian Affairs.

“A state of emergency and calamity has been declared for Guanaja, while national authorities are assisting the affected population with aid and relief items,” the U.N. organization said.

Video shows the devastating fire on the picturesque Island that has no fire service.

The 7.3-square-mile island lies about 44 miles off the north coast of Honduras in the Caribbean Sea.

The cause of the wildfire, which burned on Oct. 2 and 3, is not yet known.

National Emergency Commission chief Max Gonzales told local media at a press conference: “We can confirm that we have no human losses but vast material losses.”

Gonzales said that so far at least 120 homes have been damaged by the fire and 90 have been destroyed.

Mireya Guillen, the island’s deputy mayor, said: “At the moment, we need help with everything — food, water and oxygen tanks.”

The Honduran army has been called in to help, pouring water on the flames and rescuing people.

Honduran President Juan Orlando Hernandez, said on Twitter: “Humanitarian rescue operation by air and sea continues for families affected by the fire in Guanaja. Helicopters of the Honduran Air Force fight the fire. My solidarity with you, brothers from Guanaja. You have my word that we will NOT abandon you.”

The island’s inhabitants depend heavily on tourism to survive. Visitors from all over the world come to snorkel and scuba dive in the pristine waters. The island is known for its extensive coral reef, which is part of the Mesoamerican Barrier Reef, the world’s second-largest after the Great Barrier Reef off the Australian coast.

However, even before the fire, the tourism industry was struggling due to the impact of the COVID-19 pandemic.

It is unclear where those with damaged homes will be housed. Some reports indicated that churches are being used as temporary accommodation.

An estimate of the financial damage caused by the fire has not yet been released.

The JRC Global Wildfire Information System reported that as of Oct. 5, the fire was under control and its threat to the island is low.

In November 2020, massive flooding from two huge storms displaced hundreds of thousands of people across Honduras.