Vets Remove Claw From Lion’s Eye After Fight With Brother

So rare was the injury, the veterinary team said it had “never seen or even heard of anything like it.” 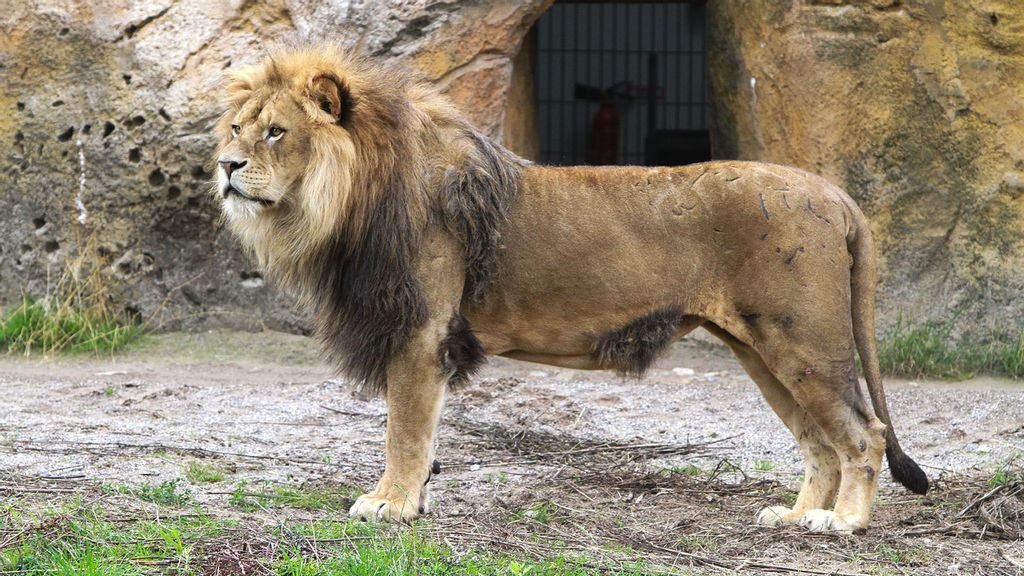 The lion known as Massino had a claw in his left eye for several days before a Wuppertal Zoo vet removed it. (Grune Zoo Wuppertal/Zenger)

Brothers fight — even in the animal kingdom.

An elderly African lion, one of three brothers kept in an enclosure in the 59-acre Wuppertal Zoo in Germany, had a veterinarian recently tend to a wound inflicted by a sibling.

Zookeepers found and removed a 2-inch-long claw from Massino’s eye after a fight, though the initial examination was done to treat conjunctivitis.

During the procedure, a small white strip appeared on the rim of his lower eyelid, and vets at the zoo were unsure what it was. To examine Massimo more closely, they anesthetized him.

Once Massimo lost consciousness, the vets realized the strip was the upper edge of a hard foreign body embedded in his conjunctiva, the mucous membrane that covers the front of the eye and lines the inside of the eyelids.

The object was removed with tweezers. Massimo’s eye was undamaged and after cleaning around the area, the problem was resolved in minutes. His conjunctivitis also cleared up over the next few days, according to the zoo.

Despite the animal’s advanced age, the zoo said the lions lead an active social life and fights break out between the trio from time to time, resulting in scratches and minor injuries.

“It all ended well, and we are pleased that he is now back on the mend. But it really was an unusual injury and the veterinary team said it had never seen or even heard of anything like it,” said the zoo.

African lions, now found only in Sub-Saharan Africa, are regarded as vulnerable in the wild with populations almost nonexistent outside protected areas, given ongoing conflict with humans and serious habitat loss, due to agriculture, settlements and roads.

In just two decades, their population decreased by 43 percent, and it is estimated that as few as 23,000 remain, according to the African Wildlife Foundation.

The African lion lives in a pride where they spend up to 20 hours a day resting. The remaining time, the lions engage in grooming and even play fighting.

At dawn, they are far more active, which is when hunting usually takes place. Antelope, zebra and wildebeests are common prey for the big cat. The female does 85 percent to 90 percent of the hunting. Her focus is setting up an ambush for its prey, though the kill is not shared equally in the pride, which can result in cub fatalities.