Oil Prices Rally And Hit 7-Year-High, But Lose Steam On Increased US Inventory

At least for the short-term, the recent surge in commodity prices could start to reverse, analysts said.
By Daniel James Graeber October 7, 2021
Facebook
Twitter
Linkedin
Email 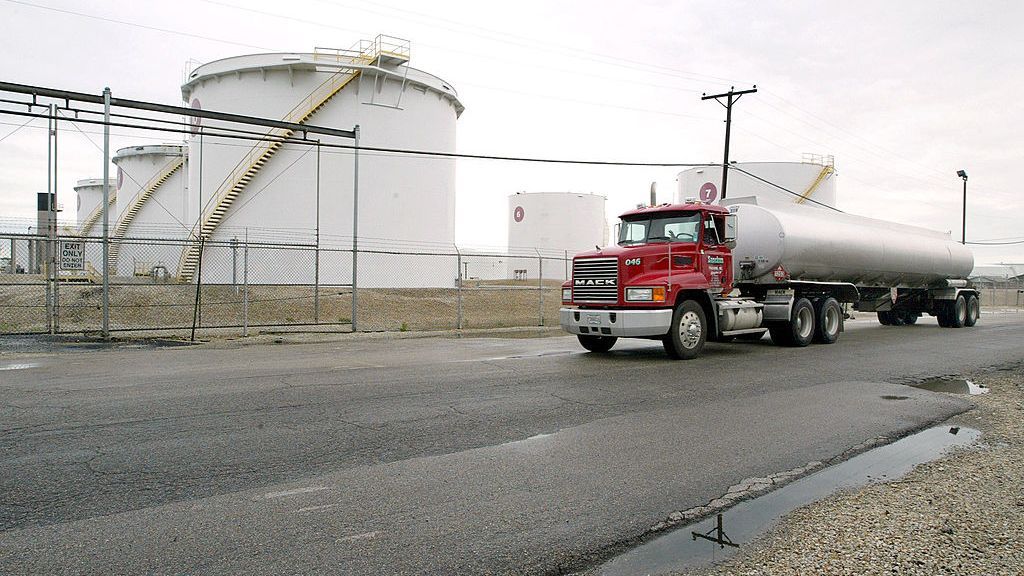 Despite two-straight weeks of increases in domestic commercial crude oil inventories, U.S. crude oil prices hit a 7-year-high.  That comes in the wake of an OPEC report showing global oil use is projected to go up 31 percent by 2025. (Photo by Tim Boyle/Getty Images)

The White House has again called on OPEC to increase oil production, with prices stuck at multi-year highs even after two straight weeks of increases to domestic commercial inventories.

The U.S. Energy Information Administration on Wednesday reported commercial crude oil inventories had increased by 2.3 million barrels from the previous week — the second week in a row for gains, which would usually indicate waning demand and downward price pressure.

Al Salazar, the managing director at Enverus, said supply outages brought on by Hurricane Ida in August contributed to a month-long stretch of market shortages, with the market only now recovering. Over the past two weeks, he said, inventories have been steadily on the rise.

“Should the inventory builds continue, oil prices will soften from current levels,” he said.

That was the first daily decline since the end of September.

President Joseph R. Biden Jr. and White House officials recently called on the oil producing OPEC group to open the spigot to increase global supplies and combat soaring prices. But during its latest meeting, the group opted to ignore the White House and stand pat on production levels, sending oil prices to a 7-year-high before the recent contraction.

Saxo Bank, a Danish investment firm, said in a research note last week that soaring energy prices could push world economies back into recession should the rally continue.

Ole Hanson, the head of commodity strategy at Saxo Bank, added that much of the recent trend in commodity prices was driven by emotional factors rather than real-world issues.

“Rising U.S. stocks and the overnight news that Aramco had cut its November price to Asia could indicate, at least for now, that the market is fueled by fear of tight markets than actual tightness at this moment,” he said.

In the U.S., the oil market remains tight, even with the increase this week, U.S. federal data show crude oil inventories are about 7 percent below the five-year range for this time of year.

Phil Flynn, a senior market analyst at The PRICE Futures Group in Chicago, suggested the market will likely take care of itself. The report was enough to take the momentum out of the rally in crude oil prices, he said.

“I think in the coming week, supplies should tighten more significantly for crude oil, but at least for now, this is an excuse for the market to take profit,” Flynn said.

This all comes in the wake of OPEC reporting in its 2021 World Oil Outlook that to meet a growing population, the world will need 28 percent more energy by 2045 — and much of that will continue to come from oil and natural gas.

The report paints a stark contrast the ambitious goals of many nations, which are pressing for a “net zero” energy economy by 2050, where any carbon dioxide emissions from fossil fuel use are either replaced with a carbon-free source, including renewables or nuclear power, or otherwise accounted for through other means of carbon reduction, like reforestation.

“We have over 800 million people who have no access to energy,” said Barkindo, adding that 600 million in Africa are without reliable access to electricity. “All sources of energy will be required for the foreseeable future.”