Rare ribbon-tail rays are thriving in an aquarium breeding program. 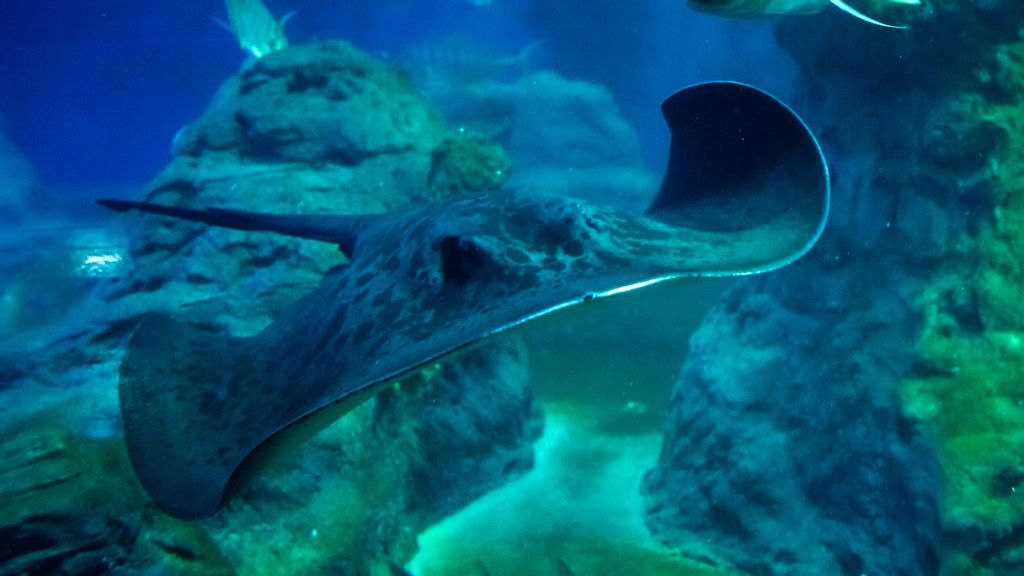 An adult round ribbontail ray in the Wroclaw Zoo in Poland.  (Wroclaw Zoo/Zenger)

Rare endangered stingrays have been born in captivity for the first time in Europe.

Zookeepers noticed a new baby ray in one of the tanks on Sept. 16. The newborn was quickly identified as a round ribbontail ray, about 11.8 inches in diameter.

“So far, only one birth of this species in the world has been documented — in Australia. Now, Zoo Wroclaw boasts of the offspring of round ribbontail rays,” the zoo said.

“It was easy to guess that if there is one, there are probably others as well, because there may be up to seven in a litter. A diver was sent into the Mozambique Channel tank … and found three more pups,” the zoo said on its website.

“When we caught the little rays and checked their condition, we were overjoyed. We waited six years for our rays to grow up and reproduce,” said Jakub Kordas, aquarium manager at the zoo.

The zoo moved the baby rays to a smaller tank “to keep them safe,” so they can be monitored. Their first two weeks are crucial.

“After this period, we can already speak of success — the rays are doing well, they have adjusted their menu by rejecting shellfish in favor of herring and mackerel, and have even learned to express frustration by ‘blushing’ on the underside,” the zoo said.

Once they get bigger and are able to deal with other stingrays and sharks, the new additions will be available for public viewing. Till then, visitors can see their parents in the Mozambique Channel tank in the Afrykarium, an aquarium devoted to African animals.

Round ribbontail rays can be found in the Pacific Ocean, from Africa to Japan, mainly in coastal waters and coral reefs. An adult ray can reach a width of 9.8 feet and weigh up to 330 lbs.

Breeding is difficult in captivity, due to their large adult size and nutritional requirements. They eat sand worms, shrimps, hermit crabs, clams, mussels and small fishes.

The species is listed as vulnerable on the International Union for the Conservation of Nature’s Red List of Endangered Species. The organization reports the species has declined by at least 20 percent over the past 20 years.

The main threat to the ribbontail ray’s existence is the fishing industry. Rays are often caught in nets intended to catch other species. Another danger is climate change, as coral reefs, their main habitats, disappear.