OPEC: Oil Will Reign As World’s Top Energy Source For Decades To Come 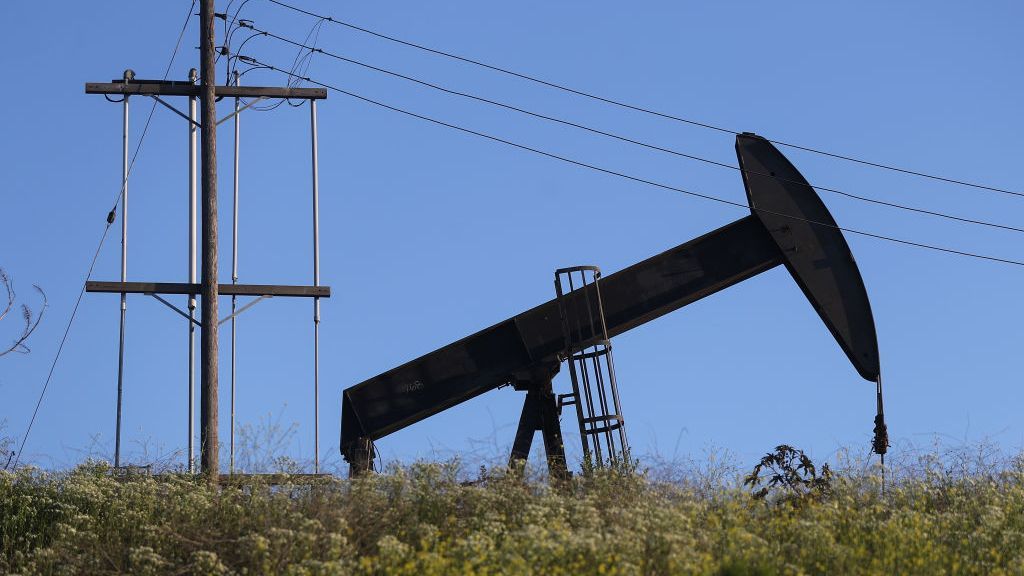 OPEC's latest report says to meet a growing population, the world will need 28 percent more energy by 2045 — and that much of that will continue to come from oil and natural gas. (Mario Tama/Getty Images)

As many governments around the world are pressing for a “net zero” carbon emission economy by mid-century, oil exporting nations are forecasting that oil, natural gas and other fossil fuels will still provide the bulk of the world’s energy through 2045.

The Organization of Petroleum Exporting Countries, commonly known as OPEC, reported in its 2021 World Oil Outlook that to meet a growing population, the world will need 28 percent more energy by 2045 — and much of that will continue to come from oil and natural gas.

The report paints a stark contrast the ambitious goals of many nations, which are pressing for a “net zero” energy economy by 2050, where any carbon dioxide emissions from fossil fuel use are either replaced with a carbon-free source, including renewables or nuclear power, or otherwise accounted for through other means of carbon reduction, like reforestation.

“They have these Incredibly ambitious, necessary net zero goals, and yet, in the near term, we do not have a situation where you can have renewables providing anything close to the 100 percent of power generation that people need,” said Helima Croft, managing director at RBC Capital Markets during an event hosted by the Atlantic Council Global Energy Center.

Though developed areas like the U.S. and Europe may make progress on getting closer to net zero, the OPEC report showed that developing countries in Asia and Africa will likely rely on oil and natural gas well into the future. The U.S., European Union, Japan, United Kingdom, Canada and Brazil all have set net zero carbon emission goals for 2050, OPEC noted. China has set a 2060 goal for net zero carbon emission.

“We have over 800 million people who have no access to energy,” said Barkindo, adding that 600 million in Africa are without reliable access to electricity. “All sources of energy will be required for the foreseeable future.”

Though the OPEC report forecasts strong growth in so-called renewables, which now account for just 2.5 percent, solar and wind are projected to make up just 10 percent of the world’s energy by 2045, a mere half decade before “net zero” timetable goals for much of the developed world.

In fact, global oil use will even go up slightly in the near future, to 31 percent by 2025, before dropping back to 28 percent over the next two decades, OPEC projects.

“Energy and oil demand have picked up significantly in 2021, after the massive drop in 2020, and continued expansion is forecast for the longer-term,” the report said.

Croft noted that the administration of President Joe Biden has asked OPEC to release more oil into the market in order to lower the current spike in gas prices, which she said will raise political pressure to rely more on the U.S. domestic oil production.

“I thought it was quite stunning,” Croft said of the administration’s request for 400,000 additional barrels of oil production a month from OPEC countries. “Opponents will say, we have a domestic oil industry that can deal with near-term energy needs while we focus on long-term policy goals.”

“Your administration’s request to OPEC+ will strengthen their economies, while weakening ours,” said the letter, led by U.S. Sen, John Barrasso of Wyoming, the top Republican on the Senate Committee on Energy and Natural Resources. “We ask that your administration cease making these ill-advised requests to the international energy community and immediately resume robust federal oil and gas leasing here at home.”

The OPEC report showed that coal, currently the world’s second-largest source of energy, will fall behind natural gas over the next two-and-a-half decades, as its share of the energy economy drops from 26 to 17 percent. While natural gas, with its lower carbon emissions, will largely be used to replace coal and its higher emission in the energy mix, its percentage moves up only slightly, from 23 to 24 percent, by 2045.

Additionally, the OPEC report also cast doubts on increased use of electric and alternative-fuel vehicles, which are anticipated to make up just one-quarter of all vehicles on the road by 2045.

OPEC’s forecast stands in stark contrast to a report released earlier this year from the International Energy Agency, which laid out a path to net zero that said governments need stronger commitments if they want to meet these goals.

“The pledges by governments to date — even if fully achieved — fall well short of what is required to bring global energy-related carbon dioxide emissions to net zero by 2050,” the International Energy Agency report said.

To meet these net zero goals, the agency said that all new investments in fossil fuels must be halted, that by 2035, no sales of new internal combustion engine cars, and by 2040, the global electricity sector achieves net-zero emissions

“We were taken aback by that report. The challenge of decarbonization cannot be addressed by stopping investment in the industry,” Barkindo said. “OPEC and the IEA see eye to eye on the supply and demand fundamentals. We both agree that there will be strong demand for oil in order to address energy poverty.”