The goal is to rebuild a coalition similar to that which existed during the Civil Rights Movement.
By Jacob Smith October 6, 2021
Facebook
Twitter
Linkedin
Email 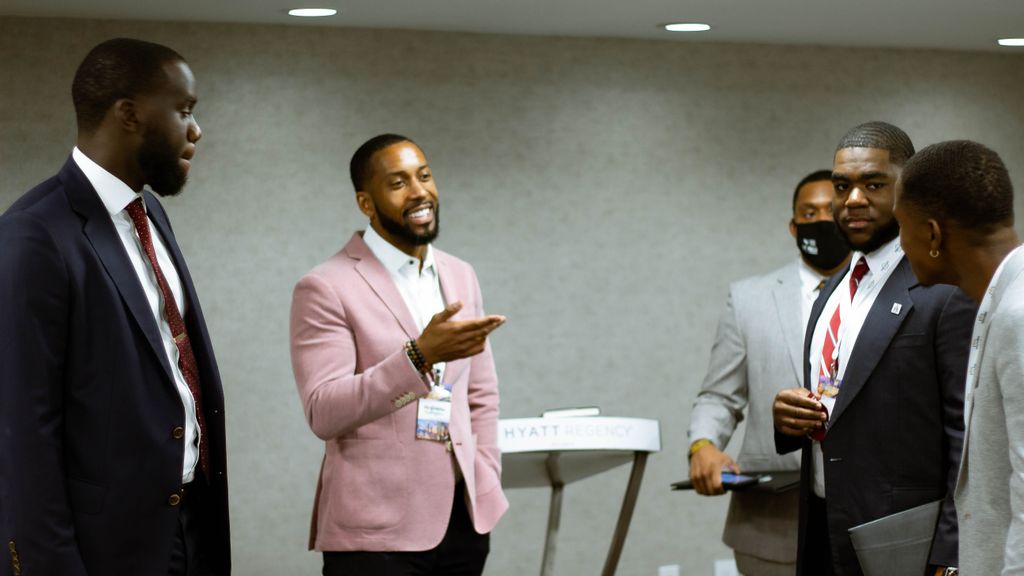 The relationship between black and Jewish communities is complicated.

In some areas of the United States, it has ranged from cordial to hostile.

During the Civil Rights Movement of the 1950s-1960s, the two communities worked together to combat and denounce racism and anti-Semitism. While the two groups came together on issues of discrimination, their relationship began to splinter in more recent times, with accusations of bigotry on both sides.

An organization founded in 2015 to combat anti-Semitism on college campuses is now working to rebuild trust between Jewish and African American groups.

David Brog, the executive director of the Maccabee Task Force, says it is an “urgent necessity” to reestablish peace and cooperation between communities.

“Racism and anti-Semitism have not disappeared, they’ve merely changed their focus and expression. So rebuilding the black-Jewish alliance isn’t merely an act of nostalgia. When we stand together against hate, we are far stronger,” he said.

The Anti-Defamation League, an organization committed to monitoring and identifying anti-Semitism around the world, reports a dramatic increase in anti-Semitic crimes — especially on college campuses — since it began recording such incidents in 2013. In 2020, the ADL tabulated 2,024 reported anti-Semitic incidents throughout the United States, a significant rise since 2019.

Meanwhile, the FBI’s most recent annual report shows a nearly 40 percent rise in anti-black hate crimes in 2020, compared to 2019.

Jews were the most targeted religious group in the U.S. last year  — 60 percent — according to the FBI’s annual report on hate crimes. Yet they make up less than 2 percent of the population.

To explore solutions to the problem, the Maccabee Task Force recently held a Black Student Leadership Summit in Atlanta. The task force invited nearly 100 black students from historically black colleges and other universities to hear black speakers tell their stories and talk about working with Israel on a personal and professional level.

Speakers Omar Al Busaidy, author of the self-help book “Just Read It,” talked to the students about the changing landscape of business and entrepreneurship in the modern Middle East, with improved relationships between Israel with Saudi Arabia and the United Arab Emirates.

Entrepreneur Jonathan Quarles. from Flint, Michigan, talked about his journey from a rough upbringing to becoming a self-made businessman with his company, The BTL Group. Quarles said he has “four businesses in Israel that work to [help] underdeveloped communities.”

Quarles teamed with the U.S. State department to form Entrepreneurs Investing in Change to encourage investment in marginalized populations in American and Israel with the aim of improving the quality of life for black and Jewish communities.

Another speaker, Darryl Coulon, works as a community organizer for the activist Zioness Movement, to bridge the gap between Zionism and progressive values.

“As a black man who is Jewish and gay, I have experienced racism and colorism from my community. I reject the notion that one has to renounce Zionism in order to be in line with progressive values.”

Some speakers had a more personal passion for repairing the relationship between blacks and Jews.

Ethiopian-Jewish activist Rebecca Avera talked about her situation when she lived in Israel.

“At one point, I was embarrassed by my culture because I tried to integrate,” she said. “But then when I was older, I felt that I knew more Ethiopians, and realized my culture is very important to me.”

Avera is an Israel Fellow at Stanford University in California. She builds connections with Jewish and African-American students by collaborating on events with the campus associations representing students of color.

In the United States, Brog said, “We’ve let the relationship [with blacks] fall apart. We’ve grown distant from one another. And bad actors are taking advantage of this distance to turn us against one another.

“But when we reconnect, as we did during the conference, it’s like seeing a long-lost friend. The connection is instant and deep. No one can stop this alliance once we set our minds to rebuilding it.”

Reaching out to young black people is a key part of the takes force’s plan for reconciliation.

Marvel Joseph, a coalition coordinator for the task force, said: “This is an idea we started back in 2019; this is our second drop in the bucket. We have done virtual events, but now that the world has opened up, how can we get more students involved, how can we get them together to learn about a topic that is so important to us?”

Brog said the plan is to make the summit an annual event.

“Between each summit, we will be conducting leadership trips to Israel for our top students,” he said. “We’ll also be conducting extensive on-campus activities to bring the message of the summit directly to the historically black colleges and universities campuses.”