Pregnant women are warned not to use cannabis, while a new study piques further concern for women who are trying to get pregnant. 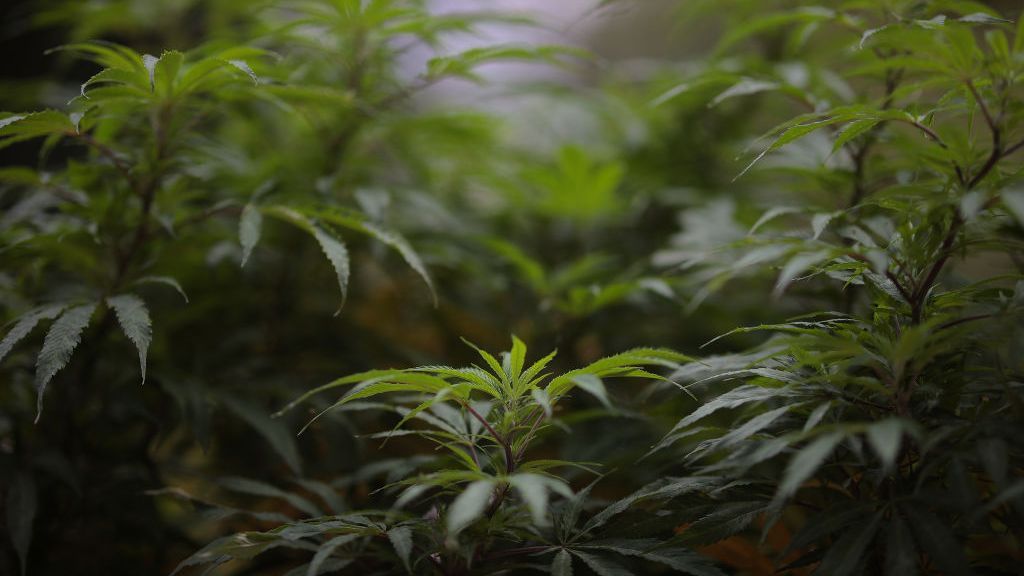 THC, the substance in cannabis that creates the sense of being “high,” has been found to aggravate a certain genetic mutation in embryos, leading to a severe brain and facial defect. (Hector Vivas/Getty Images)

Tetrahydrocannabinol (THC) — the psychoactive substance that creates the “high” experienced by cannabis users — caused birth defects in laboratory mice in a recent study, piquing concerns over its possible effects on pregnant women and their babies.

Cannabis is the most common illicit drug consumed by pregnant women in countries where its use is restricted, according to The Company of Biologists, which publishes several scientific journals. Its increasing legalization is leading to increased use overall.

Until now, the effect of cannabis on embryonic development and the mutations it may cause, leading to defects or disease, have not been well understood, the publisher said.

“Several years ago, it was reported that THC could inhibit hedgehog signaling in cells grown in a dish,” said Robert Krauss of the Icahn School of Medicine at Mount Sinai in New York City. “We reasoned that THC might be an environmental risk factor for birth defects,” he said, “but that it would require additional risk factors, such as specific mutations in the genes required for hedgehog signaling, to induce these defects in mice.”

Hedgehog signaling is a pathway that allows various parts of an embryo to transmit information with signaling proteins to embryonic cells during prenatal development. It also plays a role in adults. Researchers have found that diseases associated with a hedgehog-signaling malfunction include cancer.

“The THC concentration in cannabis is now very high,” Krauss said, calling for further epidemiological studies into its possible links to birth defects. “Women are already advised not to consume cannabis while pregnant, but our results show that embryos are sensitive at a very early period, before many women know they are pregnant. Cannabis consumption may therefore be inadvisable even when women are trying to get pregnant.”

Krauss and his colleagues at the Icahn School have co-authored a study published in the journal Development that tested whether THC worsens hedgehog-signaling problems. The scientists gave a single dose of THC to pregnant mice about one week after conception — equivalent to humans smoking cannabis. They then examined the embryonic development of the mice pups and found some carried a mutation caused by inefficient hedgehog signaling.

The defect occurs, the team found, because THC interferes with hedgehog signaling in the embryo when that signaling has been weakened by genetic mutation. “THC directly inhibits hedgehog signaling in mice, but it is not a very powerful inhibitor; this is presumably why a genetic predisposition is required for it to cause holoprosencephaly in mice,” said Krauss.

Further research, according to the scientists, could reveal other combinations that may have similar effects. “Many of the mutations found in human holoprosencephaly patients could conceivably synergize with THC,” said Krauss, who expects to conduct tests on non-psychoactive cannabidiol (CBD) in the future. Just like THC, Krauss said, “CBD inhibits hedgehog signaling in cells grown in a dish, but CBD appears to work differently.”

Harvard researchers say that medicinal applications of CBD — one of hundreds of components of cannabis that is derived directly from the hemp plant — are on the rise. However, it does not cause a “high” on its own.

“As CBD is widely available and often viewed as beneficial — or at least innocuous — it would be worth investigating this as well,” he said.