Thirty rare baby seahorses will go on show at the aquarium once they have grown. 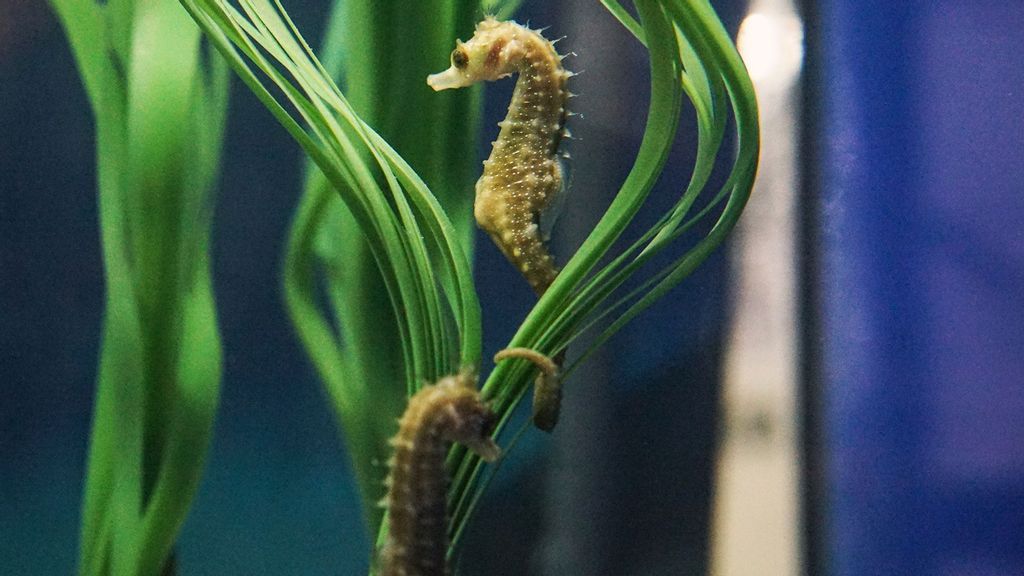 A Spanish aquarium will soon have on display the first baby long-snouted seahorses ever bred in captivity there, marking a milestone for the aquarium and a victory for conservation efforts for the threatened species.

Oceanografic Valencia said in a statement it was the first time they had managed to breed long-snouted seahorses (Hippocampus guttulatus) in captivity. The aquarium, located in Valencia, Spain, is the self-proclaimed largest aquarium in Europe.

Long-snouted seahorses, also known as longsnout seahorses or as spiny seahorses in the United Kingdom, are considered a threatened species in Spain. They are primarily found in the North Atlantic Ocean and in the Mediterranean Sea.

Aquarium officials said they had “reached a new milestone” by succeeding in reproducing 30 long-snouted seahorses for the first time at their facility.

The scientists drew on their previous experience reproducing other species of seahorses to ensure a successful outcome for the current project.

“It is a species present on European coasts and included in the Spanish Catalogue of Threatened Species, so breeding in a controlled environment is considered a success for conservation,” they said.

The experts said one of the major challenges in breeding this type of seahorse in an aquarium was getting them to mate at all.

To address this problem, they designed a vertical tank to encourage the seahorses to mate, “which is characterized by the dance in which the male and female intertwine their tails and swing upward in the water column.”

It was especially important for the tank to have “adequate depth to facilitate the mating ritual.”

Even though the male seahorse is typically the one that becomes pregnant — unlike most other species on Earth — the female “plays a significant role in the gestation process as they deposit the eggs in the male’s sac.”

The experts said that even after baby seahorses were born in previous experiments, it had been impossible to keep them alive for very long.

The temperature of the water and type of food provided must all be carefully managed to ensure the animals’ survival.

Aquarium officials said the 30 hatchlings in the quarantine area need to grow in size and weight before they can be moved to a public viewing area.

They said all the hatchlings were the offspring of two specimens provided to the aquarium by the Marine Research Institute in Vigo in northwestern Spain.

The scientists aim to increase the population of the species in Spanish waters.