U.K. pair nabbed after fleeing on foot from stolen car whose tires were deflated with “stop sticks.” 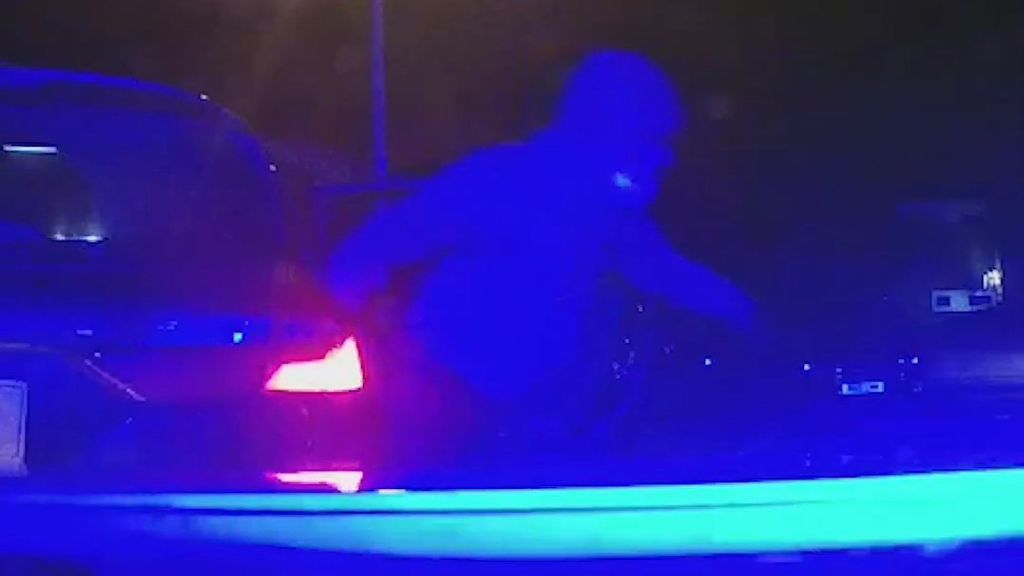 Two men in the U.K. are headed to jail for their role in a house burglary/car theft ring and for fleeing police in a stolen car and on foot.

Ashley Smyth, and Conrad Ashe were arrested in December for the theft of four cars from driveways in Sutton Coldfield, Birmingham. Dash-cam footage of the arrests— which was released a couple of days after the men’s sentencing on Sept. 28 — begins with the two suspects attempting to flee police by driving a stolen Ford Fiesta at high speeds.

West Midlands Police said in a statement that the Ford Fiesta was driven by Smyth, who exceeded 70 mph in 30 mph zones.

In part of the video, Smyth is seen weaving through tight, narrow streets as he tries to lose the cops, who eventually resort to laying a set of spikes (often called “stop sticks” in police circles) across the street to bring the chase to an end.

When Smyth drives over the strip, the car’s tires quickly deflate and the vehicle becomes uncontrollable, forcing Smyth to stop. He and Ashe exit the car and attempt to escape on foot.

Ashe was arrested shortly afterward, while Smyth did make a bit more of a run for it.

Police brought in one of their K-9 units, and the police dog was able to sniff out Smyth hiding in a nearby bush.

Both men admitted to handling the stolen car and to two counts of attempted burglary in Sutton Coldfield’s Four Oaks area, police said. In addition, Smyth admitted to dangerous driving and driving while under suspension.

The two were tried at Wolverhampton Crown Court on Sept. 28, and both were found guilty. Ashe received a three-year sentence and Smyth a four-year sentence.

“The arrests were made under Operation Cantil, our campaign targeting burglary and car theft suspects,” said Sgt. James Birtles of Force CID. Smyth and Ashe were believed to have burglarized homes and stealing car keys, which they used to enter and drive vehicles outside the homes.

Last year, Operation Cantil resulted in the arrest of 2,500 suspects and the recovery of more than 1,000 stolen vehicles, Birtles said. Authorities use what he called “intelligence-led patrol strategies” to ensure that officers are well-placed to target potential criminals looking to steal high-value cars.

The system aims to have resources in place not only in areas where crimes are committed, but also in the areas where they believe the criminals reside.

The operation is effective with car-key burglaries in the West Midlands down by 38 per cent in the last 12 months, the sergeant said.