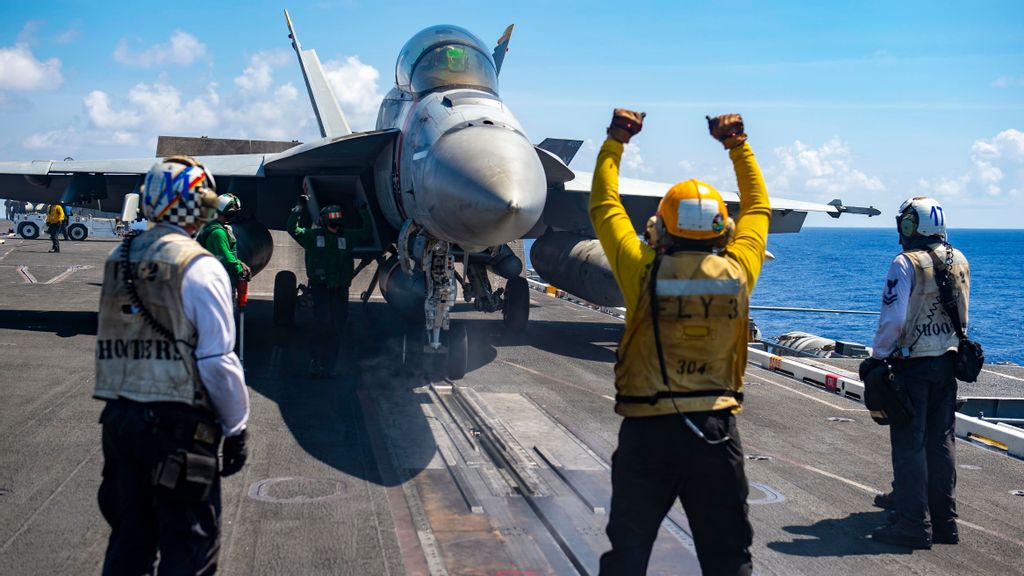 The maneuvers, part of continuing series of multilateral exercises involving the United States and allies, come as tensions between the countries and China continue to percolate.

The weekend exercise involved the navies of the United Kingdom, Japan, the Netherlands, Canada and New Zealand, as well as the United States. It took place after the U.S. and the U.K. had agreed to help supply Australia with nuclear-powered submarines, a move angering China.

Although the submarines have nuclear reactors for propulsion and not nuclear weapons, they will help give Australia a more capable naval presence and are part of a new defense arrangement named AUKUS, an acronym of Australia, United Kingdom, United States, announced in mid-September.

Thus, the weekend’ naval exercises were seen as part of the military muscle flexing in China’s shadows.

“We have continued to improve our ability to conduct prompt and sustained operations at sea with a more mobile, agile and flexible force,” Admiral David Martin, commander of the USS Carl Vinson Carrier Strike Group, said in a statement.

Anti-submarine warfare, air defense warfare, tactical movement and communications training were part of the exercise, according to Japan’s Military Self-Defense Force (JMSDF). “This training … embodies the strong will of the participating countries to realize a Free and Open Indo-Pacific,” Japanese Rear Admiral Konno Yasushige said in a news release. “The JMSDF will work closely with allied and friendly navies, which share the same objectives, to respond to global challenges and defend maritime order based on the rule of law.”

Satellite photographs taken in May showed that the Chinese are building their biggest aircraft carrier in the docks of Shanghai. A recent Pentagon report says China has more than 350 warships compared to 293 for the United States.

“Working with our close allies to develop operating procedures and capabilities while concurrently showcasing the agility of land and carrier-based aviation in the Indo-Pacific demonstrates our commitment to the region.,” said Commodore Steve Moorhouse, commander of the U.K.’s Carrier Strike Group, which participated in the Philippine Sea exercises.

The United States has been the dominant force in the Pacific Ocean since the end of World War II.

A “permanent condition of military inferiority is anathema” to China’s leadership, and nowhere is that more obvious than in its naval build-up, said Chad Sbragia, then deputy assistant secretary of defense for China, at an American Enterprise Institute forum last year.

An earlier version of this article incorrectly identified the U.S. jets as being part of the U.S. Air Force. The aircraft are assigned to the U.S. Navy’s Carrier Air Wing Two.