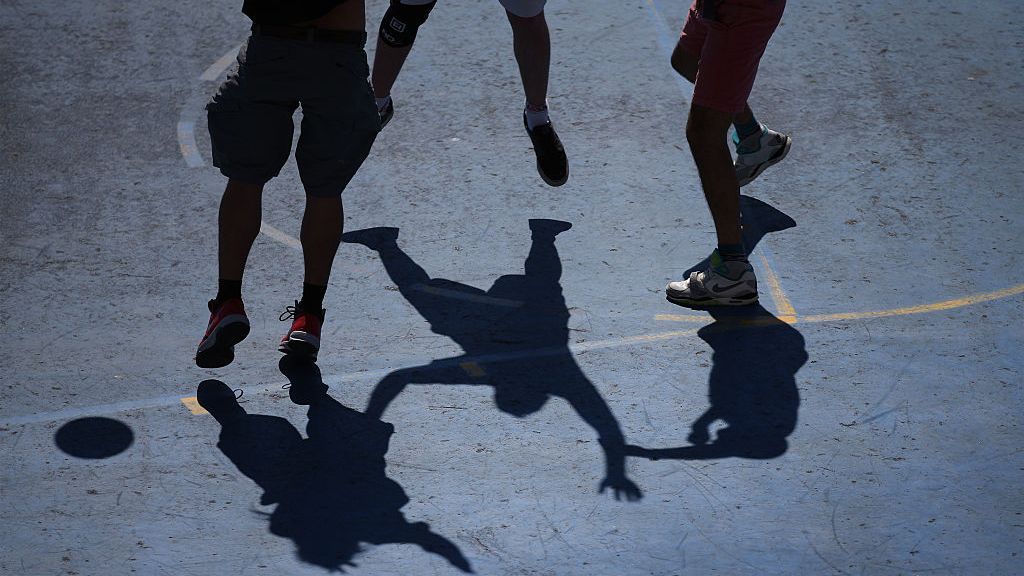 Researchers have identified a unique “team flow” brain state that occurs when teammates, such as basketball players or members of a band, “get in the zone” together. (Peter Macdiarmid/Getty Images)

You’ve probably heard of what brain researchers call “flow” — the state the brain is in when a person is “in the zone.” Now, researchers say there’s a similar brain state shared by a group when its members get in the zone together.

“Team flow” happens when the lead guitar player, drummer, bass player and singer of your favorite band are in sync on a Saturday night as you have never heard them before. The same concept applies to basketball players when their pinpoint passes and three-point shooting lead to a rout over a hapless opponent.

Mohammad Shehata at Toyohashi University of Technology in Japan headed a team of researchers that measured the brain activity of teams working together. They found that when team members, such as in sports and music bands, “get in the zone,” they produce a unique brain state and work harmoniously to surpass performance limits.

The researchers hope their first-of-its-kind study can provide models that will help improve and predict team performance and produce team-building strategies in business, performing arts and other activities. They also plan to use the neural signatures of team flow to address panic disorders, anxiety and depression.

For the study, published in eNeuro, it was essential to reproduce flow in a lab setting while measuring and investigating how the brain processes information. The researchers measured brain activity from 10 two-person teams using electroencephalogram (EEG) readings while they played a music video game together.

In some experiments, teammates were separated by a partition to prevent them from seeing each other, allowing a solo flow state but not team flow. In other experiments the music was scrambled to make the task more difficult, preventing a flow state but allowing teamwork.

At the end of each game, participants were asked questions assessing their level of flow. The researchers invented a method to assess the neural depth of team flow and then compared the brain activity of the participants during each trial.

Psychologist Mihály Csíkszentmihályi defined solo flow in the 1970s, suggesting that in a flow state, people are challenged by a task to which full attention is given. By actively making choices, they not only have control over their actions but lose self-consciousness and gain self-confidence. Group flow is noted similarly by clarity, centering, choice commitment and challenge, research showed.