Even the blending components for the fuel are more expensive these days.
By Daniel James Graeber October 5, 2021
Facebook
Twitter
Linkedin
Email 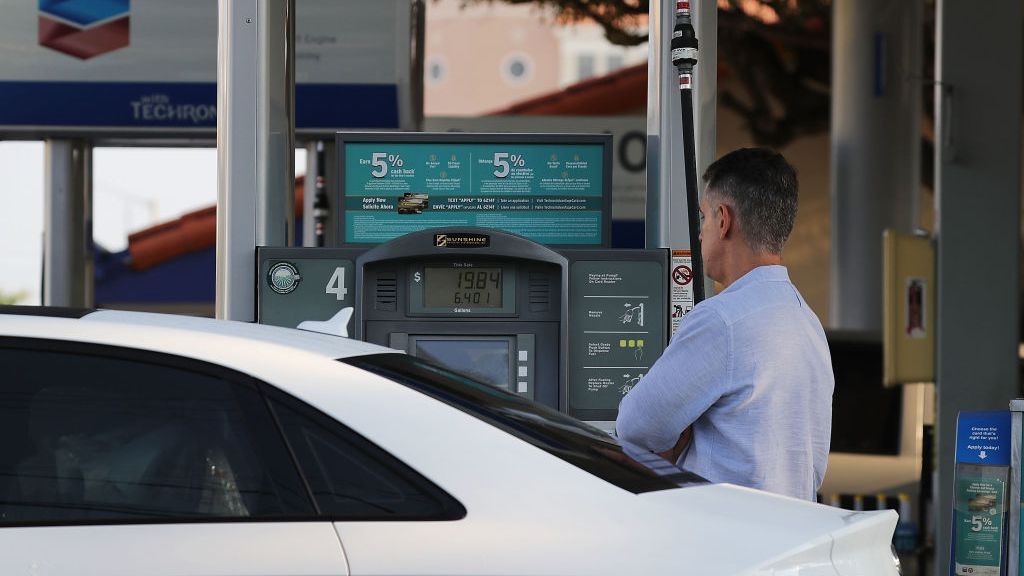 Gasoline prices continue soaring and are now up to levels not seen since 2014. (Joe Raedle/Getty Images)

Travel club AAA listed a national average retail price of $3.20 for a gallon of regular unleaded gasoline on Tuesday. That is only a couple cents higher than a month ago, though prices are now up to levels not seen since 2014.

And yet demand seem to be holding up.

“I don’t think we’re high enough for demand destruction yet,” he said from Chicago. “Gasoline demand remains strong, and oil demand globally, if anything, is likely to be stronger than anticipated, especially considering the rise in natural gas prices.”

An exponential rise in natural gas prices is pushing some segments of the economy to other sources of energy, such as coal and crude oil. That, in turn, drives the price of oil higher and brings retail gasoline prices along for the ride.

“If the price for crude oil is at seven-year highs, then spot market refined products prices are near there as well, which means retail gasoline is also around those levels pretty much anywhere in the United States,” said Matthew Kohlman, an associate director for refined products pricing at S&P Global Platts.

There is an emerging consensus, however, that soaring energy prices could unravel the unprecedented recovery since the height of the pandemic last year. While natural gas prices have been on the rise for much of the year, the trend has only recently started to make headlines, suggesting policymakers are behind the curve.

Kohlman said there could be some relief in store down the line. The U.S. energy sector has recovered from the impact of September’s Hurricane Ida and Tropical Storm Nicholas, which idled production, refinery activity and the Colonial pipeline, a major East Coast fuel artery.

But there is still some time to go in the Atlantic hurricane season, and in a year when it seems like just about anything can happen, Kohlman said it may be too soon to breathe a sigh of relief.

In a normal year, retail gasoline prices would edge a bit lower because refiners start making a winter blend that’s cheaper to produce.

Tom Kloza, the global head of energy analysis at the Oil Price Information Service, said that apart from natural gas, crude oil and gasoline prices, the blending components used at refineries are getting more expensive. That means the cheaper blend of winter gasoline is no longer cheap.

“Normally, you can gain volume and lower price by adding about 5 percent of normal butane to gasoline streams, and perhaps adding some cheap naphtha as well,” he said. “This year, the prices for butane and naphtha are much higher relative to gasoline than in previous years, so the cheapening and stretching is more challenging.”