White Blood Cells May Be Harnessed To Boost Cancer Immunotherapy

New study shows the cells can be summoned to fight cancer. 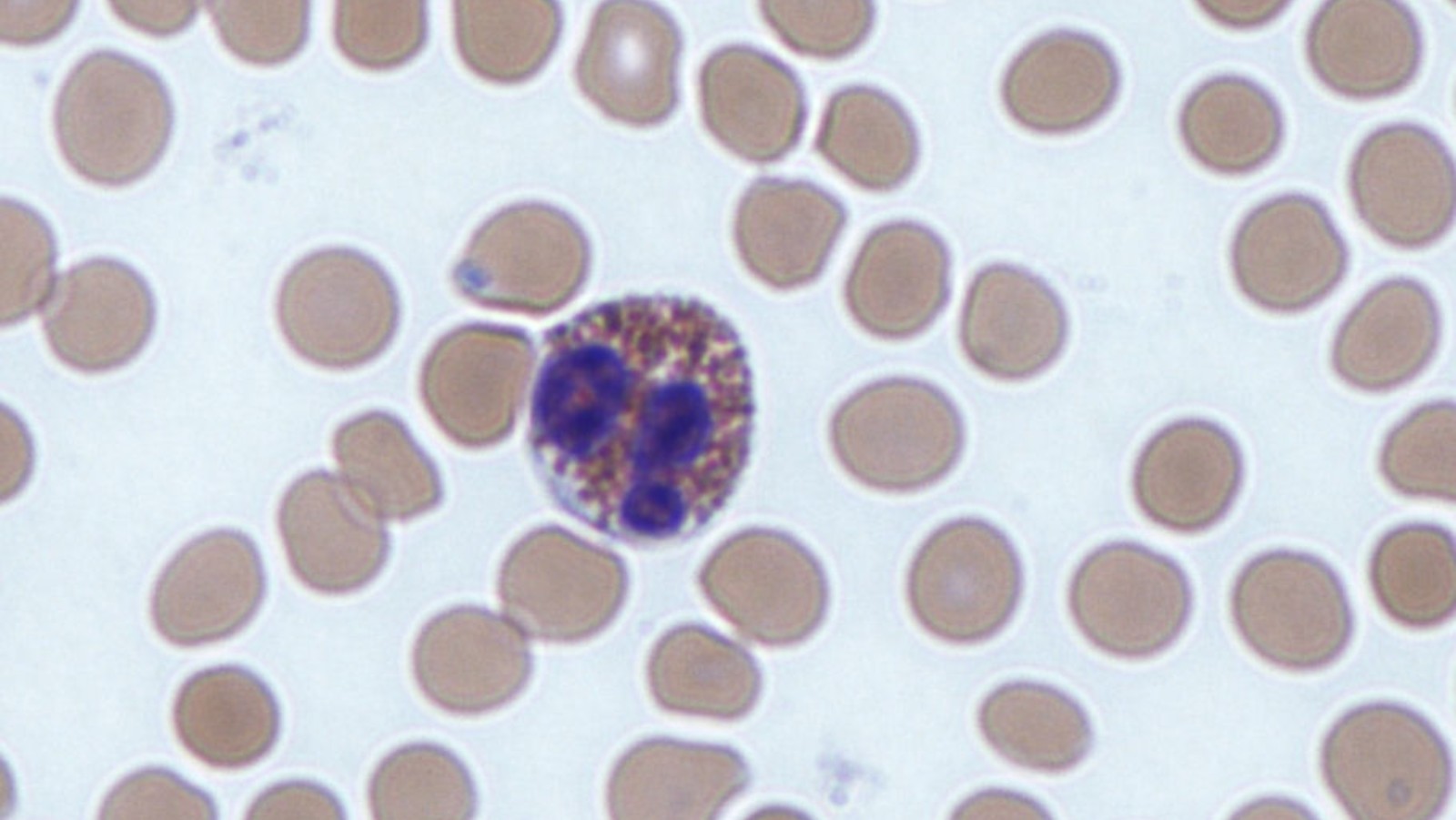 An eosinophil, a type of white blood cell. A new study shows these cells can be “summoned” to fight cancer. (Dr. Graham Beards/Wikimedia Commons)

White blood cells called eosinophils can be “summoned” in order to fight cancer by both destroying the cancer cells directly as well as recruiting the immune system’s cancer-fighting T-cells, according to a new study published in the journal of the American Association for Cancer Research.

Eosinophils produce powerful destructive proteins intended for fighting parasites. However, in the modern Western world, where high levels of hygiene have significantly reduced the risk of many parasites, eosinophils can be harmful, inducing allergies and asthma.

Considering the destructive power of eosinophils, the researchers decided to test the potential benefits of these white blood cells if turned against cancer cells.

Examining tissue samples of lung metastases taken from breast cancer patients, the researchers found that eosinophils reach the lungs and penetrate cancerous tissues, where they often release their destructive proteins and summon T-cells for reinforcement. Ultimately, T-cells gather in the affected lungs, slowing the growth of tumors.

In the absence of eosinophils, lung metastases were much larger than those exposed to the white blood cells. These findings led to the conclusion that eosinophils could serve as a basis for improved immunotherapeutic medications to fight cancer effectively.

“We chose to focus on lung metastases for two main reasons. First, metastases, and not the primary tumors, are often the main problem in treating cancer, and the lungs are a major target for the metastasis of many types of cancer,” said lead researcher, professor Ariel Munitz of Tel Aviv University’s department of microbiology and clinical immunology.

“Second, in a preliminary study we demonstrated that eosinophils gather in tumors developing in mucous tissues like the lungs, and therefore assumed that they would be found in lung metastases as well,” he said.

Compared to traditional techniques like chemotherapy, immunotherapy generally leads to longer protection from cancer and fewer side effects. This new discovery may contribute to the development of new methods of immunotherapy.

“Enhancing the number and power of T-cells is one of the main targets of immunotherapy treatments administered to cancer patients today,” said Munitz.