‘They Call Us Slaves’: Plight Of Kenya’s Domestic Workers In The Middle East

Despite tales of suffering and abuse, desperate Kenyans continue to flock to the Gulf in search of greener pastures. 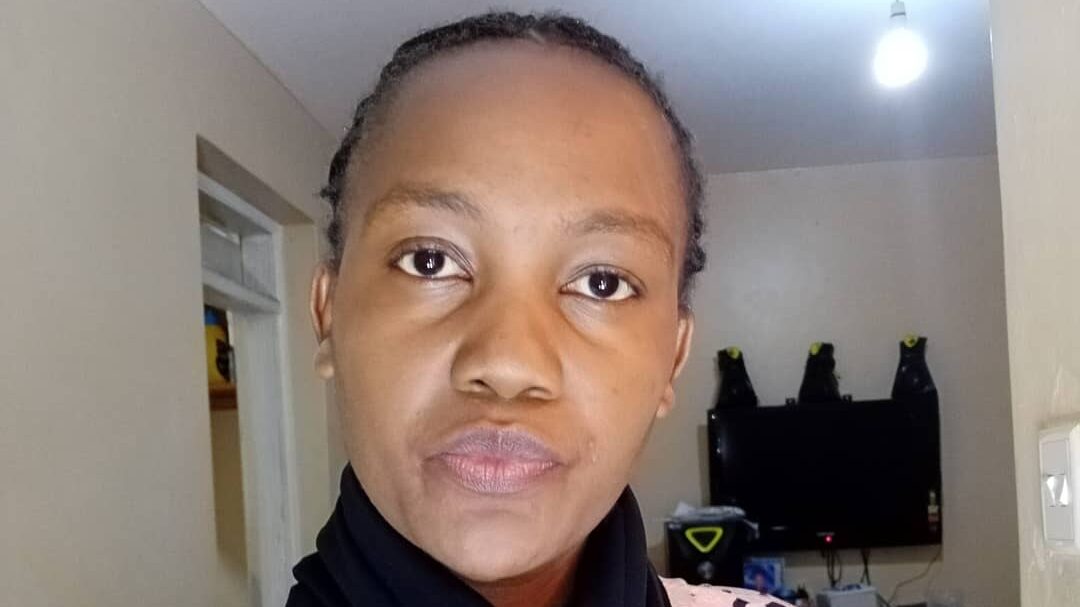 Faith Murunga went to Saudi Arabia as a domestic worker, but her employer — a caterer — forced her to do catering that was not in her contract. (Courtesy of Faith Murunga)

NAIROBI, Kenya — Faith Murunga, a 30-year-old domestic worker living in Kwa Ndege area in Kenya’s capital, Nairobi, left the country on Christmas Day of 2019 for what she hoped would be greener pastures in Saudi Arabia.

Although she had a small business in Nairobi, which brought her $183.96 monthly profit, she looked forward to making much more in the Middle Eastern country and give her children a better life.

However, it wasn’t long before her dream of a brighter future turned into a nightmare due to the harshness and cruelty of her new employer, Raeed Ayan Qeran Al Naz, in Saudi Arabia’s Arar city.

“You will come back from Saudi Arabia either disabled, dead, or mentally ill,” she told Zenger News.

“I went through a harrowing ordeal from the first day of my arrival. I was allowed to sleep for only four hours at night and given nothing more than noodles to eat. Sometimes they denied me food. I even contemplated suicide.”

Faith went to Saudi Arabia as a domestic worker, but her employer—a caterer— forced her to do catering which was not in her contract.

“The day after I arrived, they forced me to carry eight gas cylinders weighing more than 15 kilograms [33 pounds] from the first to the third floor. I was once beaten thrice in a day, and my hand scalded despite being sick. My only mistake was taking a nap after working for 19 hours.”

After more than a year of abuse, friends formed a WhatApp group and fundraised Sh14,000 [$127] for her return to Kenya in May 2021. A good Samaritan from the United States, Nelson Muthama, chipped in to purchase the air ticket.

Driven by lack of employment at home, and high demand for migrant labor in the Gulf, thousands of Kenyans leave each year searching for better opportunities in the Middle East.

Hundreds of them end up in lowly-paying jobs, such as domestic workers, eking a living in slave-like conditions in the region.

Recruiting agencies across Kenya, such as Alsaiar Travel, Tours and Recruitment Limited, an agency based at Uganda House, Nairobi’s central business district, facilitate the movement of the jobseekers to the Gulf for a fee.

Several stranded victims accuse such agencies of abandoning them in their time of need.

A 2019 report by the parliamentary committee on labor and social welfare said close to 55,000 Kenyans are working in Saudi Arabia. However, Labor and Social Protection Cabinet Secretary Simon Kiprono Chelugui recently told the local media that the number has risen to 97,000.

Selestine Musavakwa, a 28-year-old mother of two, arrived in the desert kingdom the same day as Faith to work as a domestic worker.

But, unlike Faith, initially, her employer, an elderly couple whom she didn’t want to disclose their names, were courteous and understanding—at least for the first two months.

As days progressed into months, her employer confiscated her passport, delayed her wages, and eventually forced her to work for free.

“The children and the woman of the house were good to me, but the husband was violent,” she told Zenger News.

“I gave in to his sexual advances. My agency—Alsaiar Travel, Tours and Recruitment Limited—did not help me. I told them to take me to another house, but they refused. I became depressed. I would bury my head into the freezer to suppress my anguish because what I was doing was a sin.”

She ran away in September 2020 after getting wind that the man of the house planned to abuse and kill her with the help of his male relatives during a family event.

Her agency finally found her another employer, but the abuse was unrelenting.

“They poisoned me fearing I would reveal that their son—a security officer—tried to rape me.”

Eventually, the Saudi police connected her with her employment agency, which detained her demanding $2,757.52 for breach of contract. Her employers confiscated most of her documents.

Officials from the agency declined to comment on these allegations when Zenger News visited them at their Nairobi office.

Musavakwa and 18 other Ugandan girls eventually ran away from the detention center of their agency. She shared her story on social media, and a good Samaritan paid for her air ticket back to Kenya in February 2021.

“Currently, I survive on well-wishers. The poison I ingested damaged my liver, and now I can’t work and can’t afford medication,” she told Zenger News.

Chelugui acknowledged the challenges Kenyans face while seeking livelihoods in the Middle East.

“I want to assure any Kenyan working locally or abroad that their lives are important,” he told local media in August.

“I believe the future is bright, and we assure these ladies of their safety and comfort in Saudi Arabia.”

He said 97 Kenyans had died so far, while over 200 are on deportation or transit back home for different reasons.

“Some have run away from their previous contracts, and they have been reported to the authorities.”

He said he would visit Saudi Arabia on a fact-finding mission.

Stranded victims of abuse said the Kenyan embassy in Saudi Arabia is doing little to help them, but Chelugui assured them that the government would get them back home. The embassy did not respond to several emailed requests for comment.

However, Faith says the government’s measures would not change the “deep-rooted racism” and abuse of foreign domestic workers across the Middle East.

“The policies and measures the Kenyan and Saudi governments are discussing are just high-sounding policies. They are not helping the domestic workers on the ground. They tell us they bought us and can do anything they wish us. They call us slaves.”

On any given day in 2016—the latest study on the topic—an estimated 520,000 men, women, and children were living in modern slavery in the Arab States, according to the Global Slavery Index.

For years, local and international media have carried tales of woe from Kenyans suffering abuse in the Middle East. However, this has not deterred many from risking their lives in a desperate attempt to send much-needed salaries back home.

The 2020 Comprehensive Poverty Report by the Kenya National Bureau of Statistics said that 15.9 million out of 44.2 million Kenyans live below the international poverty line, earning less than $1.90 per day.

Kajiado County Governor Joseph Ole Lenku had to travel to Abu Dhabi, United Arab Emirates, in August 2021 to rescue a Kenyan girl stuck in the country for eight months after her employer confiscated her travel documents.

The Kenyan government introduced new rules in 2019 to regulate the operations of recruitment agencies and make it safer for its domestic workers in the Gulf.

One of the rules requires the agencies to help women who fall into the hands of abusive employers to leave, with the rescue cost coming out of a Sh1.5 million [$13,623] bond that the agent has to pay to operate.

“Then-Vice President Stephen Kalonzo Musyoka advocated in 2012 for the closure of rogue recruitment agencies and banning Kenyans from traveling to Saudi Arabia,” he told Zenger News.

“However, unscrupulous agencies are back. They do not conduct proper training for these workers on what to expect in the Gulf. Some of these agencies take shortcuts, such as giving them fake visas, meaning they’ll have problems getting back home.”

So far, in 2021, his organization has helped 50 returnees from Saudi Arabia whose employers withheld their salaries.

Although the Kenyan government negotiated an agreement with Saudi Arabia to enforce a minimum monthly wage of Sh40,000 [$363], its pending full implementation, Adhoch said.

“Kenyans are paid $211.40 while the Philippinos and Ethiopians are paid $643.40 yet, they live and work in the same homes. They [Kenyans] feel demotivated.”

Edited by Kipchumba Some and Amrita Das