The test distinguishes, within 15 minutes, between a bacterial or viral infection from a blood sample. 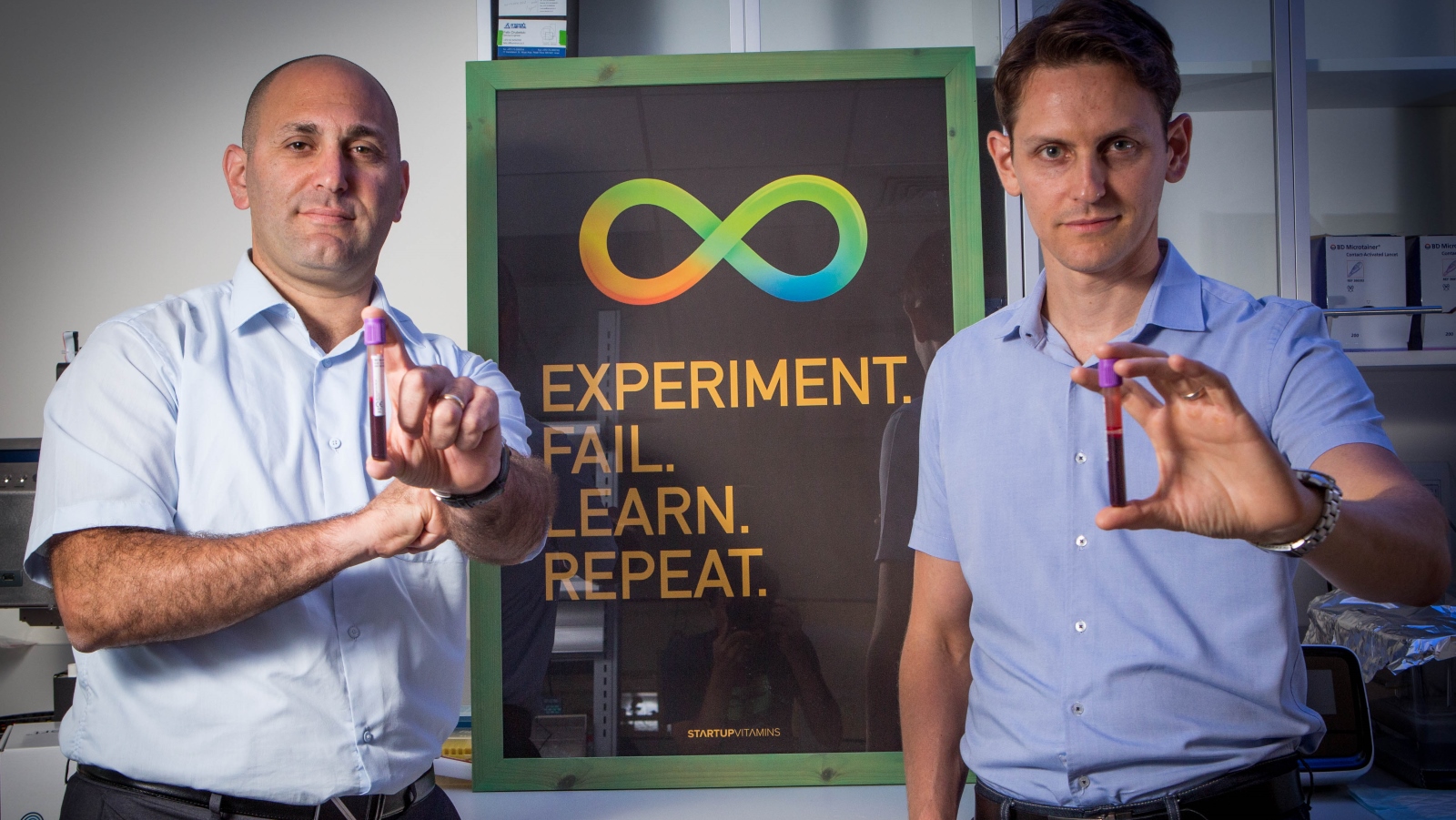 MeMed co-founders Kfir Oved, left, and Eran Eden. Critical information from the MeMed test enables physicians to know immediately if an antibiotic is called for, and to avoid antibiotic overuse.(Courtesy of MeMed).

A groundbreaking point-of-care machine that determines whether an infection is viral or bacterial has received approval from the Food and Drug Administration for both children and adults.

The MeMed BV test is an immune-based protein signature test that distinguishes, within 15 minutes, between a bacterial or viral infection from a blood sample.

This critical information enables physicians to know immediately if an antibiotic is called for, and to avoid antibiotic overuse.

“For those of us who care for acutely ill children, we have been waiting decades for accurate, rapid diagnostics to confidently guide the care of moderately ill children without a clear focus of infection or recognizable viral illness,” said Harvard Medical School professor, Dr. Rich Bachur, chief of emergency medicine at Boston Children’s Hospital.

“This novel test offers promise to help differentiate those children with self-limited viral illness from those with possible bacterial infection, thereby supporting the judicious use of antibiotics,” Bachur said.

FDA clearance was based on a multi-center blinded clinical validation study enrolling over 1,000 children and adults and addresses goals laid out in the U.S. National Action Plan for Combating Antibiotic Resistant Bacteria.

Headquartered in Haifa, MeMed has established its American base in Boston and is ramping up commercial activities across the United States.