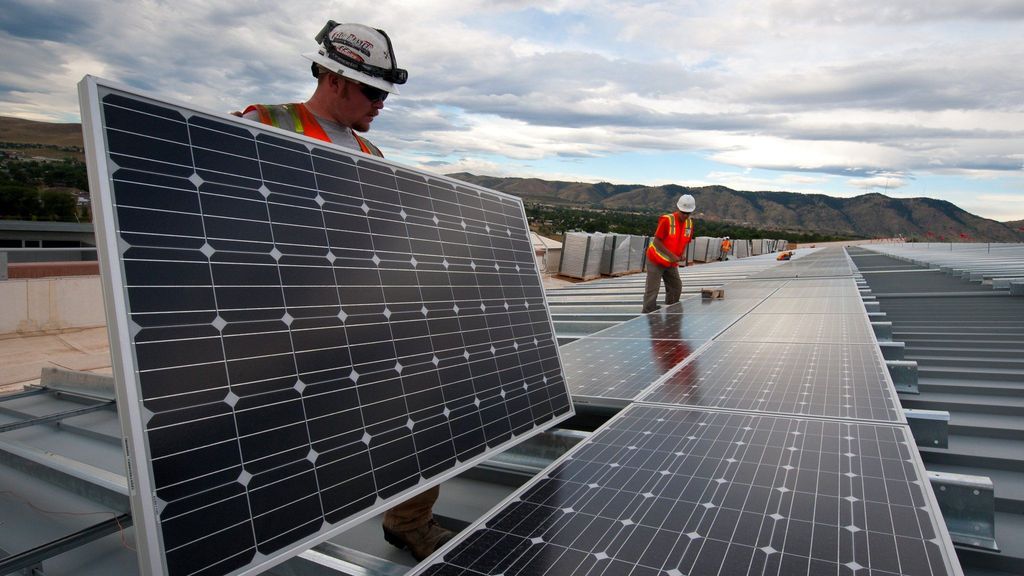 WASHINGTON — After a group of unnamed manufacturers sought higher tariffs on Southeast Asian solar-power imports, U.S. officials are delaying a decision, instead asking the companies to name themselves. The delay comes after a handful of U.S. senators joined the country’s solar industry to warn against the damage these proposed levies would inflict on the solar sector.

As America seeks to meet ambitious climate goals, the conflict over the tariffs is highlighting the U.S.’s growing solar trade deficit to China while exposing the need for a better American solar manufacturing and supply chain strategy.

With the Commerce Department weighing a petition from an “anonymous” trade group that would expand tariffs to solar-power products made in Malaysia, Vietnam, and Thailand, a dozen U.S. senators on Wednesday asked Secretary Gina Raimondo to “carefully assess” the decision, citing the economic impact it would have on the industry. The department later said it would delay the decision to collect more information.

The Commerce Department action comes after a petition by an “anonymous” group called American Solar Manufacturers Against Chinese Circumvention, which petitioned the Commerce Department in August for expanded tariffs on the products from these Asian nations, tying their connections to China as an effort to skirt U.S. tariffs on the nation. The group of 18 companies, represented by a Washington, D.C.-based law firm, has not made its membership public.

“While Chinese companies now almost exclusively export to the United States from Southeast Asia, the vast majority of manufacturing, research and development, and capital investment remain in China,” the group said in a statement posted to the website of law firm Wiley Rein LLP. “For too long, obvious circumvention of antidumping and countervailing duties on Chinese solar products has hobbled the U.S. industry, eviscerated our supply chains, and put our clean energy future at risk. It is time for America to lead in this critical sector. This targeted enforcement action ensures that the United States’ status as an innovation and manufacturing leader will not be endangered by exploitative trade practices that harm the American worker.”

Meanwhile, the U.S. Solar Energy Industries Association said the proposed tariffs would be devastating to the domestic solar industry, potentially disrupting 18 gigawatts of deployment through 2023, which would account for more than all U.S. solar capacity before 2015 and is nearly a quarter of the 63 gigawatts of solar panel installments forecasted through 2023. The association said the petition would impose duties of 50 to 250 percent on imports of crystaline silicon photovoltaic panels and cells from these Southeast Asian nations.

Association president and CEO Abigail Ross Hopper said the petitions were frivolous and reckless, posing a “dire threat” to the U.S. solar industry.

The dispute over the tariffs exposes a weakened U.S. solar manufacturing industry that is unable to fulfill the skyrocketing demand for solar panels needed to meet the country’s lower greenhouse gas targets.

Additionally, as China has developed a commanding position in the global solar infrastructure supply chain, human rights issues have also raised questions about the source of panels installed in America, as the industry has been fighting to remove products that may have been constructed through forced labor.

“The United States needs a way out,” argued a report by the Center for Strategic and International Studies that laid out the country’s need for a better solar manufacturing strategy. Efforts to promote its domestic solar manufacturing capacity don’t necessarily require a “reshoring” of all elements of the solar manufacturing process, but it will require more diversification across several stages, report authors Nikos Tsafos and Lachlan Carey said.

“The United States needs to target its interventions more carefully, focusing on supply chain gaps, cleaner alternatives and new technologies,” they wrote. “The point is not a senseless reshoring but reasonable diversification across geographies and technologies.”

U.S. solar suppliers have been fighting tariffs on Chinese solar imports since former President Donald Trump implemented them in 2018. Trump and other proponents of the tariffs said China has unfairly leveraged a trade imbalance against the United States. In reply, the Solar Energy Industries Association said in a report that the tariffs curtailed potentially $19 billion in lost new private sector investment, equaling a potential 62,000 new U.S. jobs.

In delaying its decision, the Commerce Department sought additional information from the petitioners from the American Solar Manufacturers Against Chinese Circumvention, including their identities and information about their manufacturing and import capacities. In their filing petitioning for the tariffs, the companies said revealing their identities could result in retaliation from suppliers and competitors.

In a statement on the decision, U.S. Solar Energy Industries Association’s Hooper said the inquiries will make it “abundantly clear that they have no case.”

“The detail and nature of the questions Commerce asked the anonymous petitioners clearly indicates that the petitioners have produced a filing largely devoid of the information the department needs to assess whether to initiate this case,” she said.