Popcorn With Zenger: ‘Venom: Let There Be Carnage’ Is Written For The Lowest Common Denominator 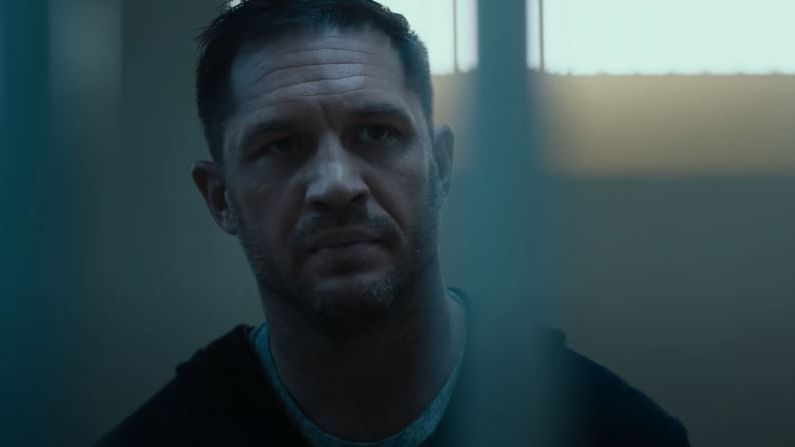 Tom Hardy reprises his role of Eddie Brock, aka Venom, in Venom: Let There Be Carnage. (Courtesy of Sony Pictures)

Sony Pictures is back with a film that may have single-handedly killed the entire superhero genre.

The 2018 release “Venom” was not well-received by critics, but it did have some great acting by Tom Hardy, Michelle Williams and Jenny Slate. The film had enough charm to make it enjoyable even if it wasn’t memorable.

“Venom: Let There Be Carnage,” however, is a different beast. It’s a film that Sony Pictures wanted to use to launch its “Spider-Man Universe” but it may have turned one of Marvel’s most popular characters into a product no one is going to want to see again.

The Story: Set three years after the first film, Eddie Brock (Hardy) is still in San Francisco trying to manage life as an investigative journalist while trying to maintain his symbiote secret from “Venom.”

Eddie reports on local serial killer Cletus Kasady (Woody Harrelson), who awaits the death penalty for multiple murders, including those of his own mother and grandmother. During his last visit before lethal injection, Kasady provokes Venom into attacking him through Eddie. Kasady bites Eddie’s hand, and ingests part of Venom. The symbiote in Kasady’s body mutates and becomes the killer known as ‘Carnage’.

While Brock is trying to repair his relationships with Anne Weying (Michelle Williams) and Venom himself, a killer from another planet is on the hunt, racking up a body count that local authorities cannot control. Eddie must work together with Venom once again to take down this deadly foe or risk losing the entire city of San Francisco in the process.

Bright Spots: The film is only 90 minutes long. That’s it.

Weak Spots: The big glowing problem with this film is the script, which was mostly written by Kelly Marcel, who was the only one of the three “Venom” writers to return for the second film. Marcel and Hardy spent months developing ideas for the film before she wrote the screenplay herself.

“Venom: Let There Be Carnage” is one of the worst-written films of the year. There is no semblance of a story to be found. This film doubles down on the only thing that worked in the original, which was Hardy finding chemistry with a giant CGI parasite. This film strips any shred of character and comic interpretation from Eddie and Venom and makes them nothing more than avatars of comic relief.

Marcel takes one of Spider-Man’s greatest villains, a physically imposing bad-ass villain, and puts glow sticks on him while having him run the streets like a jaded teenager angry at his parents because she thinks that would be funny.

Somewhere in the middle of this mess there is a storyline, but you wouldn’t know it. Harrelson is the antagonist, Cletus Kasady, who is a crazy killer without any purpose. The film highlights a prison romance he built with a woman named Shriek (Naomie Harris), who controls sound by screaming like a discount Black Canary. This plot point is supposed to develop Kasady’s character, but the film doesn’t spend any time explaining their connection or why the audience should care.

Instead, we are treated to Eddie and Venom fighting like an old married couple, and when you don’t care about the protagonist’s relationship, you are going to care even less about the bad guy’s love interest.

Williams is back in a film that doesn’t need her. She reprises her role as Anne, who this time around has even less chemistry with Hardy than she did in the first movie.

The dialogue is written for the lowest common denominator. Who would have thought that the “Fifty Shades of Grey” scriptwriter couldn’t figure out how to write characters that sound and act like human beings. Sony has turned one of Spider-Man’s serious adversaries into a Disney Channel comedy act while having the audacity to tease a possible fight between the two characters in the future.

If you are a major fan Spider-Man on the big screen, perhaps this film will tickle your funny bone. But if you are expecting any level of depth or story from this, you will find a more groundbreaking plot playing Rock ‘Em Sock ‘Em Robots by yourself.

The Takeaway: Serkis had no chance of saving this mess. “Venom: Let There be Carnage” fails because the filmmakers have no fundamental idea about any of the characters. Sony took two of its most valuable properties and ran them down into nothing more than one-note jokes. If “Venom: Let There be Carnage” isn’t the worst superhero film of 2021, it will certainly get a cash prize as the runner-up.

See or Skip: “Venom: Let There Be Carnage” will go down as one of the biggest disasters of 2021.