The furry-tailed forager has been using the vehicle as its winter storage site since 2013. 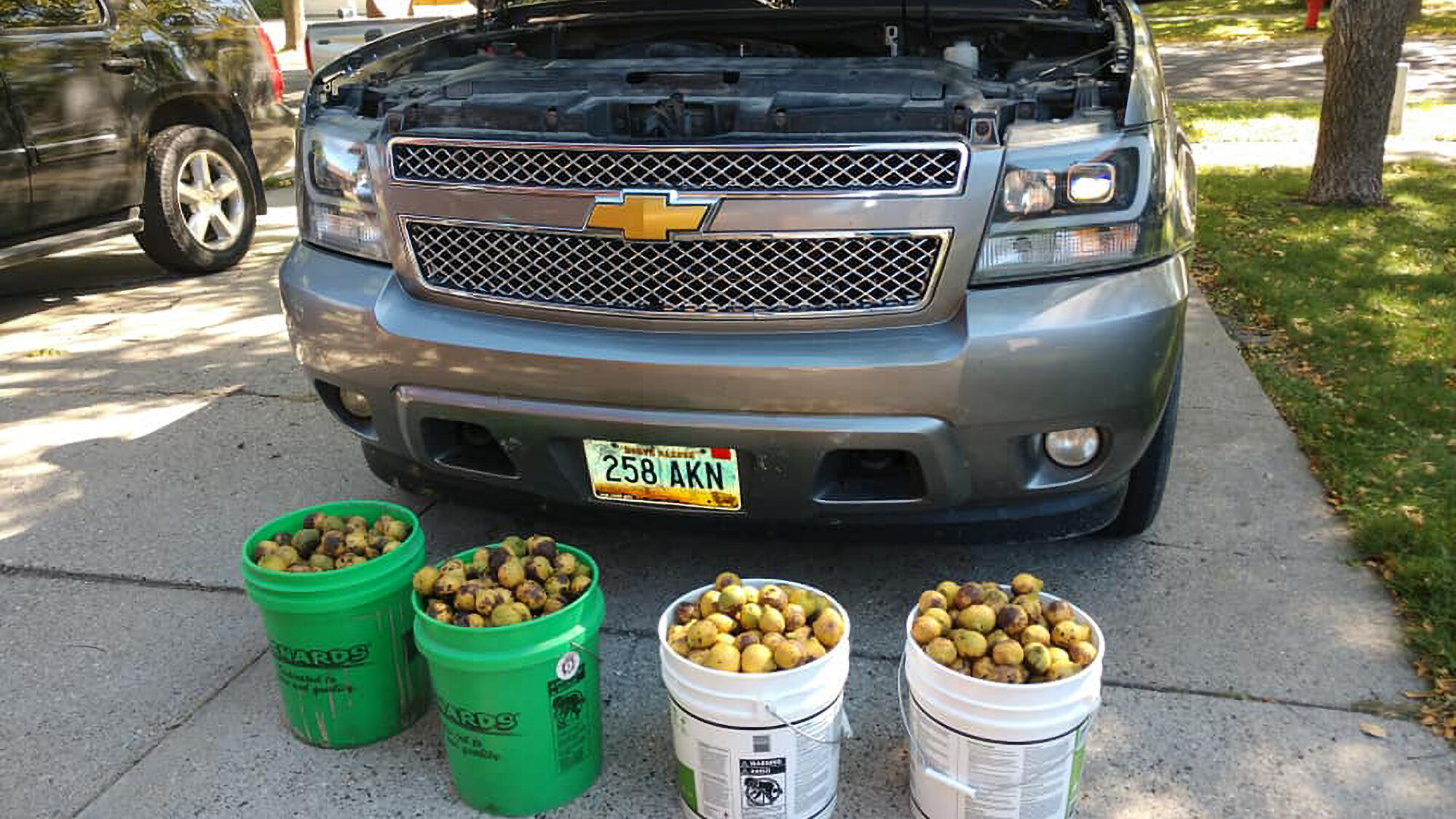 An industrious little squirrel has been filling almost every available space in this truck to store its walnuts — it's favorite spot for abut eight years. (Bill Fischer/Zenger)

In a battle between man and squirrel, the squirrel is winning.

A red squirrel keeps filling a North Dakota pickup truck with walnuts in order to prep for winter.

Bill Fischer, an insurance agent from Fargo, said he has been trying to stop the pesky squirrel from filling his car with nuts for eight years — without success.

Last month, the squirrel set a new record: Fischer found and removed 348 pounds of walnuts from his truck.

American red squirrels are small but mighty — about 12 inches long with sharp, curved claws — and tthey can do some major damage.

The animal’s ingenuity forces Fischer to spend hours removing the walnuts from various nooks and crannies in his truck in what has become a yearly nuisance.

“I have been dealing with the red squirrel since 2013. This has now become a sort of ritual, with it filling my truck with nuts and me trying to remove them.”

Nearly every part of the truck has been stuffed with walnuts. The squirrel has even made its way into the hood and hidden nuts all around the engine. It also managed to get into the front bumper, wheel well and parts of the doors.

Fischer said he does not see the squirrel until the walnuts on the tree above his parked truck begin to ripen.

American red squirrels often feed on the seeds and cones of evergreen trees, and sometimes bird eggs, berries and fruit, according to the National Wildlife Federation. This squirrel has a thing for walnuts.

Video shows the squirrel eyeing the truck from the top of the walnut tree.

“The most I had ever pulled was four buckets, so with seven buckets this year, the squirrel was on a mission,” Fischer said.

However, Fischer’s good nature has worn thin. He has taken steps to end the squirrel’s obsession with using his truck as a storage facility.

In the past, he sprayed the car with a tabasco sauce and cayenne pepper mixture. That was somewhat effective until this year, he said, when the squirrel seemed to be attracted to the scent.

“I have to have a sense of humor about this after so many years,” he said.

“I put in as much hard work as the squirrel when I have to take my truck apart just to remove bucket after bucket of walnuts!”

«Previous Post
Drought And Groundwater Depletion Cause Infrastructure Collapse»Next Post
Based On A Tree Story: Iconic Bigleaf Maple Trees Are Dying Due To Climate Change