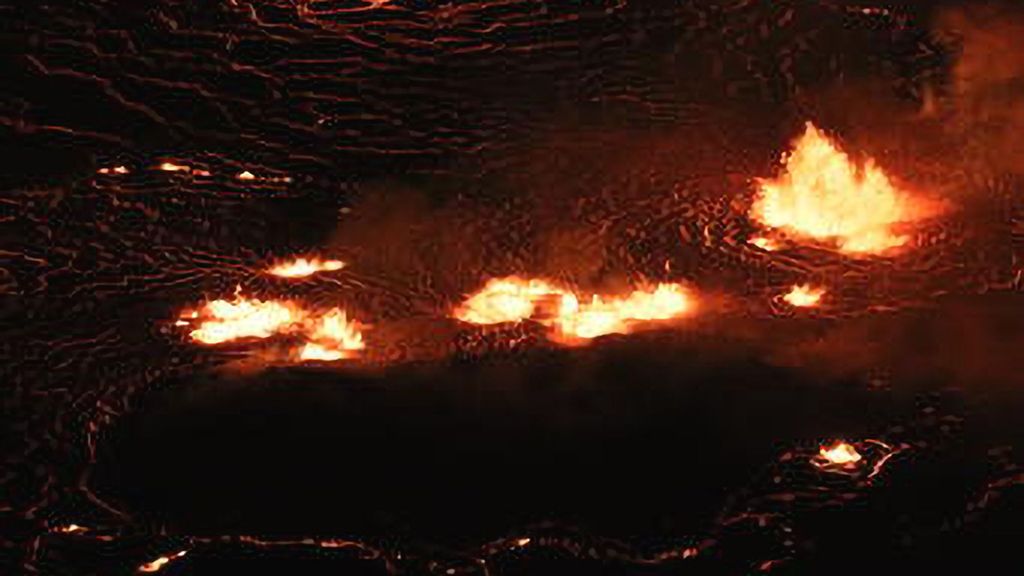 Lava fountains as high as a five-story building spewed from a new eruption at Kīlauea on Sept. 29.

Video shows Kīlauea, the most active of the five volcanoes that form the Big Island of Hawaii, erupting from the lava lake within Halema’uma’u crater at the volcano’s summit, according to the United States Geological Survey.

Other time-lapse footage from a thermal camera shows the first three hours of the eruption, as hot lava paves the surface of the lava lake, the geological survey said on Facebook.

“Beginning at approximately 3:20 p.m. [local time] on Sept. 29, 2021, lava fountains appeared on the surface of the lava lake … Scientists on the rim used a laser rangefinder to measure fountain heights of 65-80 feet,” the geological survey said.

“Several fountains are emerging through the active lake surface, in addition to fountaining on the west margin of the lake.”

The video that shows a bird’s-eye view of the volcano erupting includes a rainbow that is the result of a light mist moving across the caldera during the overflight, scientists said.

The Hawaiian Volcano Observatory posted on its website on Sept. 30: “Lava continues to erupt from multiple vents along the floor and western wall of Halemaʻumaʻu crater. As of this afternoon all lava activity is confined within Halemaʻumaʻu crater. Seismicity and volcanic gas emission rates remain elevated.”

From observations at the summit, which is at 4,091 feet, the observatory said: “Sulfur-dioxide emission rates remain high and were estimated at around 85,000 tonnes per day just after the eruption started …. Seismicity is elevated but stable, with few earthquakes and ongoing volcanic tremor. Summit tiltmeters continued to record slowing deflationary tilt through this afternoon.”

This new eruption at Kīlauea’s summit is occurring within a closed area of Hawai’i Volcanoes National Park, scientists noted. “Therefore, high levels of volcanic gas are the primary hazard of concern, as this hazard can have far-reaching effects down-wind. Large amounts of volcanic gas — primarily water vapor (H2O), carbon dioxide (CO2), and sulfur dioxide (SO2)— are continuously released during eruptions of Kīlauea volcano.”