U.S. oil and gas markets remain tight, even as production recovers from the disruption caused by Hurricane Ida and other storms.
By Daniel James Graeber October 1, 2021
Facebook
Twitter
Linkedin
Email 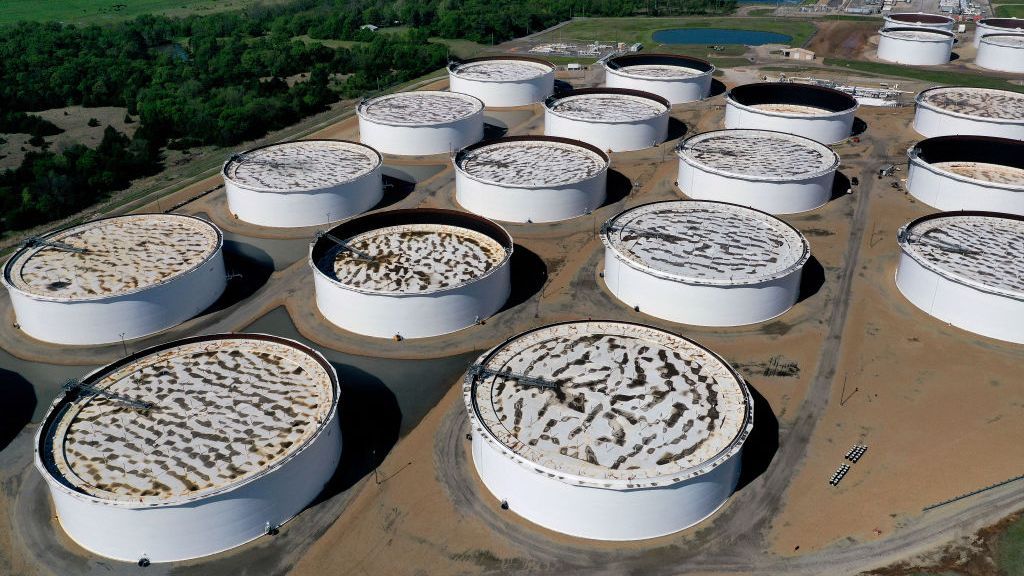 Brent crude oil, the global benchmark for the price of oil, continues hovering above $78 a barrel, as of Friday morning. (Tom Pennington/Getty Images)

Crude oil prices briefly peaked at a three-year-high of $80 a barrel this week before settling to just under that mark, as all signs pointed to a continued oil crunch.

While U.S. inventories of crude oil and refined petroleum products show the domestic energy sector has finally recovered from Hurricane Ida, the market is still tight, analysts told Zenger News. Brent crude oil, the global benchmark for the prices, continued to hovered at above $78 a barrel, on Friday morning.

The U.S. Energy Information Administration publishes weekly inventory data that draws attention from traders. Gains in commercial inventories usually indicate lagging demand, while the opposite holds for declines — but data has been skewed for more than a month by the impact of tropical storms in the Gulf of Mexico.

“It seems market participants take the small build in gasoline and solid implied gasoline demand as positive indicators, with oil prices holding up,” he said.

At the peak in early September, nearly all the offshore oil and natural gas production from the Gulf of Mexico were idled because of storm-related issues. Refineries were knocked offline as well and the combined shortages were felt across the entire energy sector, from gasoline production to imports and exports.

But Varga added it was clear the impact of the hurricane had subsided, with any lingering impact offset by an increase in oil imports. Fewer barrels from suppliers such as Canada were offset by increases from the likes of Saudi Arabia and Iraq.

Meanwhile, gasoline inventories barely moved this week, increasing by only about 200,000 barrels from last week. Demand remains healthy and at pre-pandemic levels based on the volume of refined products like gasoline delivered to market.

Ed Longanecker, the president of the Texas Independent Producers and Royalty Owners Association, told Zenger there were a wide-range of issues tugging at the market. But even with the build in crude oil inventories, he said he expected there will be lingering supply issues that would keep commodity prices elevated.

“We still think demand will surge in the coming months, and no matter how much others increase output, we will still have a global shortage in supply,” he said.

A survey of executives from 140 oil and gas firms from the Federal Reserve Bank of Dallas showed expectations of price moderation. The estimate for crude oil prices in the coming fourth quarter is about 2.8 percent lower than current levels.