The endangered marine mammals have made a “spectacular comeback,” the National Park Service says. 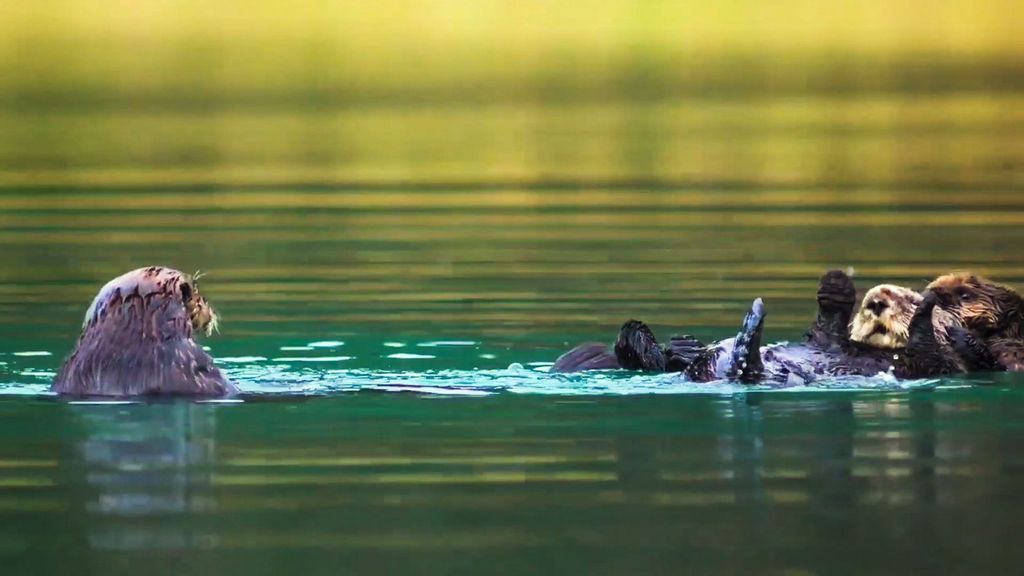 Sea otters in the water at the Glacier Bay National Park and Preserve in Alaska. The marine mammals, once nearly eliminated by fur hunters, have returned. (GlacierBayNPS/Zenger)

Once nearly eliminated by fur hunters, sea otters have made an amazing comeback in Glacier Bay, Alaska.

“Since 1995, when the first five otters were observed in Glacier Bay, the population has grown to an estimated 8,000 individuals,” the National Park Service website says.

A video filmed by the park service captures the endangered species frolicking in Glacier Bay.

The otters are seen enjoying the water and occasionally doing an underwater somersault. One is seen munching on unidentified marine life.

Sea otters are mainly found along the coasts of the northern and eastern Pacific Ocean. Their reemergence in the North Pacific is credited to “protection in 1911 and reintroductions about 30 years ago,” the park service said.

It’s also a “unique opportunity to understand more about the effect of the otters’ return on the ecosystem.”

Still, sea otters remain classified as “endangered” on the International Union for the Conservation of Nature’s Red List of Threatened Species.

“Scientists have long known that increased predation on these species can cause long-term changes that ripple through the ecosystem.”

The National Park Service said “the greatest threat to the sea otter remains humans.” The otters, which live 15–20 years, are also preyed upon by orcas, while newborn otters can fall victim to bald eagles.

“It has been estimated that the 1989 Exxon Valdez oil spill caused the deaths of more than 2,500 sea otters. Otters are also caught in fishing nets, and hunted for subsistence by Alaskan Natives.”

In the United States, sea otters are protected by various laws, according to the Red List of Threatened Species, making it illegal to “buy, sell or possess any part of endangered species or items made from them.”

However, there are exceptions.

Two laws allow coastal Native people in Alaska to harvest sea otters for personal use, trade, barter and the development of a cottage industry. Native subsistence harvest of sea otters is monitored by the U.S. Fish and Wildlife Service.

“Sea otters consume large quantities of clams, mussels, crabs and other invertebrates, some of which are commercially, culturally or ecologically important,” the National Park Service says.

Because their habits interest environmental scientists, “Glacier Bay provides the perfect opportunity to study an area before and after their introduction and learn exactly how these changes occur,” said the National Park Service.