Delateni wants to present a positive image for the younger generation. 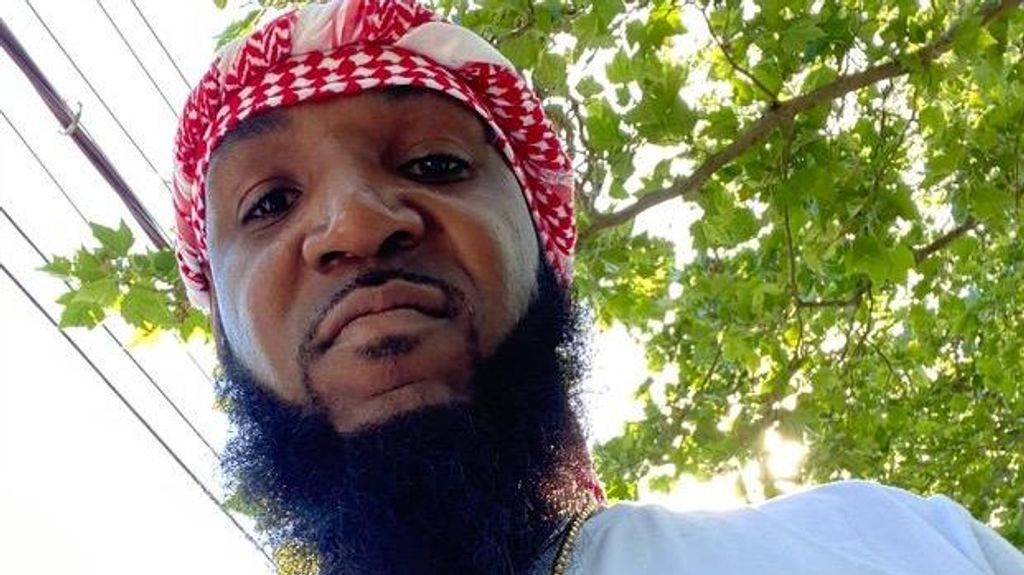 Delateni draws on his experiences in growing up in the Bronx and winding up jail to create music with a positive message. “I hope people are paying attention,” he says. (Courtesy of Delateni)

Well aware of his shortcomings, a mature Delateni has come to understand the influence he can have on a neighborhood where it is difficult to survive.

Edenwald in the Bronx borough of New York City can be a concrete jungle without the proper guidance. That’s a lesson Delateni learned after serving time.

Delateni, 40, acknowledges that as a youngster, he looked up to drug dealers. Now he wants to give the current generation a more positive figure than he had. Rap is his outlet, and being from one of the places where hip hop originated, he uses his location as fuel to keep the torch lit in his borough.

Co-signed by one of Brooklyn’s best voices, R&B vocalist Sharissa, Delateni says his support system has been solid and the positive reaction to his latest project, “Eden,” has been a pleasant surprise. Influenced by rappers from all regions, you can hear it in Delateni’s delivery. His style is multidimensional, and he plans to provide his fans with plenty of content.

Zenger talked to Delateni about the tough streets of Edenwald, projects he’s working on, and why it’s “go time” for him.

Zenger: Anyone that my homegirl Sharissa co-signs gets my attention. How are you feeling about your album?

Delateni: I wasn’t expecting this, but it’s overwhelming. It’s like, “Wow! That’s how y’all feel?” I’ve been doing music forever, putting out mix tapes and things like that. My man Big Dre came up with a plan like, “Why don’t we do an Edenwald album?” We wound up doing just that. We put the album on Datpiff, and after it came out, Sharissa and some other people were like, “Where are we going to go with this music? Why we didn’t put it on platforms?” I felt like we were late in the game to sit there and wait on every individual.

We got 20 artists on the album, to sit there and wait on them to get their BMI rights, so we just used that as an ID card, and it’s go time. I took that literally. I ended up doing a video for “Champion’s Only,” which is on the Edenwald project. Nobody followed up.  Nobody was moving. I’m 40 years old now. Let me try something I’ve never tried before. I did all original beats. … I did an EP. The EP led to doing a radio interview. Then I started working on the album. I completed it, I mastered it, and I put it out there, and it’s getting mad momentum right now.

Zenger: How important was it for you to move forward and not wait on anyone else to do your thing?

Delateni: It was very important. Me and my partner Bliz [Blizo Tha Hotman] was brainstorming on the phone, and right now looking back at it, I’m glad I did it that way. I’m glad the project is out there and people are receiving it the way they are receiving it. It means the world to me. That’s my baby, and I’m going to push it.

Zenger: You mentioned being 40. I think the beauty of the Verzuz battles is to show that emcees can still be great on the mic at an age where they used to be written off. Fat Joe and Ja Rule proved that. With you being from the Bronx, I’m sure you appreciated their Verzuz?

Delateni: That’s an accurate statement. I spoke on this recently. Shout out to Swizz Beatz, Timbaland, Jadakiss for doing what he did when they battled Dipset. That opens that lane up for that real talk, where you can paint pictures. People who been through the trenches — that lane is there now. I’m all for it. I thought what Fat Joe and Ja Rule did was lovely.

Zenger: Walk us through Edenwald.

Delateni: Coming up in Edenwald was… ugh, that’s a story within itself. I’ve been through a lot there, and I wouldn’t trade it for the world. Being in the streets, beefin’, doing time through conspiracies and stuff like that. I missed some years out of my life for things I didn’t do. With Drake bringing that to our attention in his song, “Get It Together,” we should come together as one. It was dope that we were able to do that.

Zenger: Being through what you have been through, how much do you appreciate your status now?

Delateni: I’m honored and blessed to still be here. A lot of people was rooting for me. I don’t want to let them down. I wanna give the kids or people that look up to me something that they have never seen before. When we were coming up, we were idolizing the people that were out here in the ‘80s and ’90s selling drugs. I don’t want to be known for that. I want to switch it up and be known for instilling motivation. I want to show them that they can make it out in another way.

Zenger: On your track, “E-Dubb,” you give Sharissa a shout out. What type of impact has she had on your career?

Delateni: Sharissa is amazing. That’s my big sister. That’s one of my bro’s older sisters, so she’s been around forever. She saw me grow up from a boy to a man. She always supported. I was doing music back in ’99 and 2000; we opened up for her when we were doing the “Eden Rock” project. She gave us that lane to open up for her. She’s always been there. She’s on board and I appreciate Sharissa and love big sis forever, man.

Zenger: We hear the New York influence in your sound, but your sound also resonates in the South and the West Coast. Who influenced that sound?

Zenger: The Bronx is viewed as the mecca of hip hop to a degree. Does that add pressure on you to represent the Bronx or just fuel your fire?

Delateni: I use it as fuel. Knowing the battles that came before us, like when KRS-One was going back and forth with Queensbridge’s MC Shan in the 1980s, knowing that we mothered and fathered this music thing, we use that as a chip on our shoulder.

Zenger: Sharissa put me on to your “Eden” album which you released Sept. 12. Loved it. What was the process of creating that?

Delateni: I appreciate you taking the time to listen. No matter who passes our music along, some people still won’t listen. The feedback I’m getting now is amazing. I didn’t think the masses were going to receive it the way that they are. But the process was dope. I was keeping the music to myself. Going to the studio without anyone knowing I was at the studio. I wish that I recorded everything… I just wish I would have documented the process that I was going through. I’m a little upset about that.

Everything is basically what I’ve been through.  “Games We Play” is about being incarcerated, and my baby mom’s choice to leave. “E-Dubb” is just walking through the hood and picking up the momentum from the Edenwald project. Preacher Earl… meeting up with him on the Fourth of July and asking him would he even get on the project. For him to say, “Yeah” and”‘Garden Of Eden” coming out the way it came out is a blessing.

Zenger: I appreciate the time. Congratulations on the success of “Eden.” Is there anything you would like to add?

Delateni: I’m ready for the world. I created this monster and it’s growing legs. Me being on the phone with you is something big that’s happening. Every day moving forward, I want to accomplish something. Whether it’s an interview, a phone call, a video, an idea. I’m not taking my foot off the gas. I hope the world is ready. I hope people are paying attention. Thank you for the opportunity. I appreciate being on your platform. It means a lot.

«Previous Post
From Tormentor To Mentor: Larry Simmons’ Journey From A Life Of Chaos To One Of Service   »Next Post
Life Expectancy Gap Between Black And White Americans Closes By Nearly 50 Percent In 30 Years