Meerkat Colony Died When Their Zoo Burrow Buried Them Alive 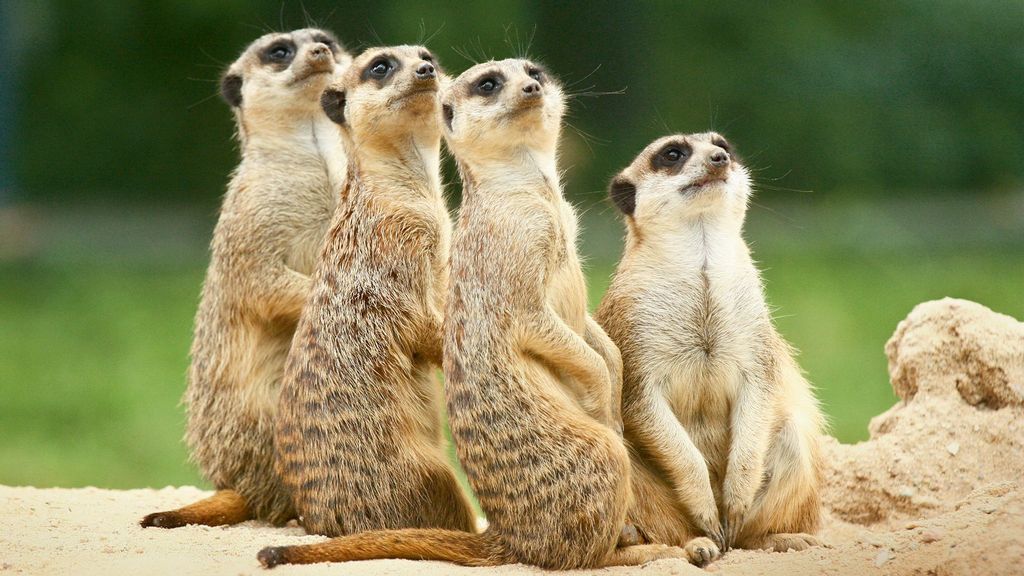 Four meerkats died after their burrow collapsed at the Hellabrunn Zoo in Germany on Sept. 22. (Tierpark Hellabrunn/Zenger)

An accident at a German zoo killed its meerkat population.

Four meerkats died at the Hellabrunn Zoo in Munich on Sept. 22 when their burrow collapsed and buried them alive.

The zoo released a statement saying it was “in mourning. All four animals were in a self-dug sleeping burrow in the lower area of the complex when the earth suddenly gave way and the popular mongoose were buried alive.”

The zookeepers said they recovered the bodies on Thursday morning.

“Our four meerkats, Rwanda, Quodo, Quimbele and Rafiki, were caught in the unpredictable cave collapse at night and had no chance of getting out of the burrow alive,” said zoo director Carsten Zehrer.

“Even though such an accident in the natural habitat of the animals, the African savanna, can occur at any time, this complete loss of our meerkats is, of course, very sad for the Hellabrunn staff, as well as the numerous zoo guests and animal sponsors,” he said.

Tributes and condolences have been pouring in, with nearly 650 people getting in touch with the zoo to convey their sadness.

Meerkats are part of the mongoose family and native to Southern Africa. They live in large, complex burrow systems that shield them from predators, including hawks, eagles, snakes and jackals.

The species has a complex social system that allows them to easily communicate danger to one another.

Social animals, they live in groups of up to 50, sharing the responsibility of gathering food, watching out for predators and caring for their young.

Despite their small size, meerkats have been recorded taking on large venomous snakes. However, they mainly keep an eye out for predators. If one is spotted, the guard lets out a distinctive bark and the group heads for a tunnel.

To survive in the Kalahari Desert, nature equips them with dark patches around their eyes, helping to reduce the sun’s glare. Their ears also close to keep the dirt out.

Their cute appearance belies their survival instincts. The dominant female in a clan controls breeding and is known to kill the young of others to ensure her offspring’s survival.