VIDEO: It’s Not A Dodge, But A Pickup Truck Did Just That Across Nine Lanes Of Traffic

Woman and child hurt when vehicle ultimately slammed into the front of a business, say police. 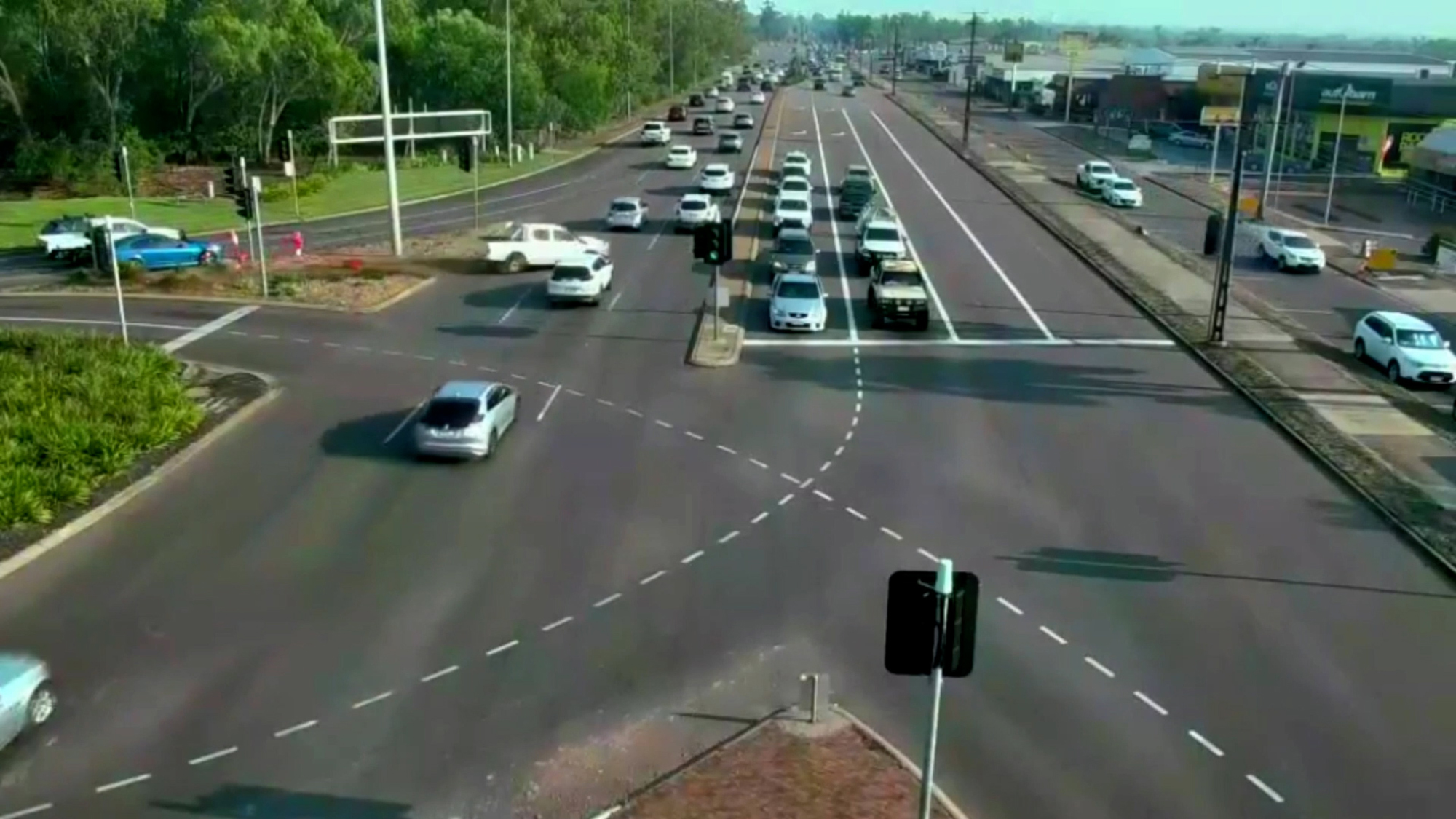 Talk about playing dodgem: A pickup truck with a woman driver and a child on board was caught on camera shooting across seven lanes of busy traffic in Australia without hitting a single vehicle. But after it left the road, the vehicle did crash into a shop.

The two occupants of the Toyota pickup truck, a woman and a child, “were seriously injured and police will speak with them when they have recovered,” said Elle Arnold, a Media and Corporate Communications Officer for the Northern Territory Police, Fire and Emergency Services. “Police are still investigating the incident and charges haven’t been laid [filed] yet.”

It was not immediately known if the passengers, whose names were not released, are related.

The footage was taken by a traffic camera in the city of Darwin, Australia, during the evening rush hour on Sept. 23, was shared online by the Northern Territory Police.

In the video, a white Toyota HiLux is seen entering the shot from the left at a high rate of speed. It shoots over a grassy traffic island before crossing several lanes of traffic, narrowly avoiding hitting any of the tightly packed traffic, some of which is moving and some of which is stopped at a traffic light on the main artery and an adjoining secondary road. The truck then crosses a parking lot and crashes into a business. (The exact nature of the business and whether anyone was inside at the time of the crash is not known.)

No one beyond the truck’s passengers was reported injured from the incident, which was over in a matter of six seconds. The two passengers were taken to Royal Darwin Hospital for treatment of their injuries, which authorities described as serious but non-life threatening. They were still hospitalized as of Sept. 29.

“It is incredibly lucky no one else was injured in this incident,” said Northern Territory Police Superintendent Daniel Shean. “Drivers are reminded to always drive with due care and attention.”

This is also a case where the HiLux — the top-selling vehicle in Australia — lived up to its brand slogan: “Awaken Your Unbreakable.” Though the exact model year of the HiLux involved in the crash was not disclosed by police, the Toyota pickup model has gotten high safety ratings over the years.

“Australia highest-selling vehicle model, the Toyota HiLux, has received the latest accolades from vehicle safety authority, ANCAP, following the introduction of a range of upgrades and a fresh round of independent tests to the most stringent 2019 criteria resulting in an upgraded 5-star rating,” says the most recent report on the vehicle from the Australasian New Car Assessment Program.