After battling thorny scrub through the marsh, the patrol team gets their man. 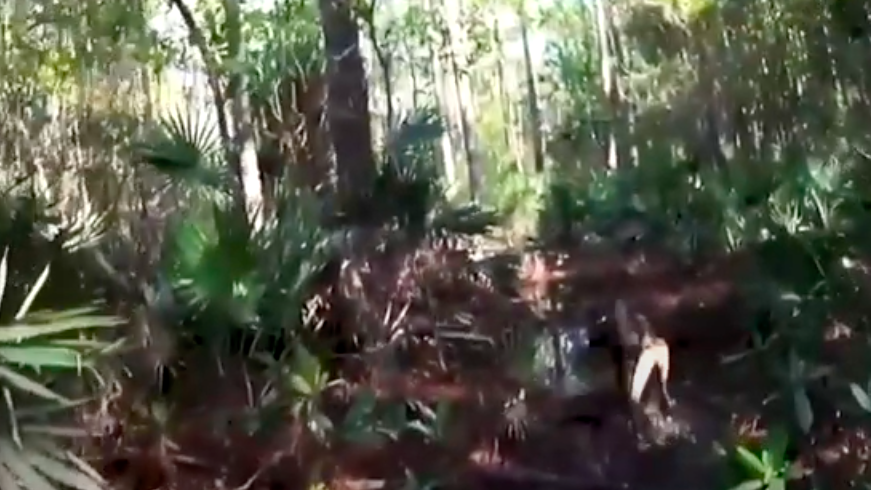 Steak is on the menu for a sheriff officer’s K-9 sidekick that helped him track and arrest a suspect in a swampy area of north-central Florida.

Video shows Cpl. Colton Sullivan following the lead of K-9 Adelmo as they battle their way through thick, thorn-ridden stalks in a marsh in Marion County. They eventually get their man, identified as Billy Joe Bishop.

“Great job to everyone involved and a steak dinner for Adelmo! Good boy!” the Marion County Sheriff’s Office posted on Facebook on Sept. 28.

Bishop is charged with battery on a person 65 years of age or older, battery, resisting an officer without violence, and tampering with a witness or victim.

“He shoved the victim and then grabbed the victim by the neck. When a witness tried to call 911, he shoved them as well. He then pulled the phone line out of the wall in an attempt to prevent his victims from calling 911,” the sheriff’s office said.

“Luckily, they were able to call for help. When we arrived, Bishop took off, hoping to evade capture. That didn’t work out for him. K-9 Cpl. Colton Sullivan and his partner, K-9 Adelmo, began a track for Bishop and, after tracking him over two miles of rough terrain, they located and apprehended him.

“He is currently staying in our lovely Gold Star Hotel on a $14,000 bond,” the sheriff’s office posted on Facebook.

“Ever hear anybody say they would ‘walk to the ends of the earth’ or ‘walk through fire’ for you?” the Facebook post says in its introduction. “Recently, K-9 Cpl. Colton Sullivan and his partner, K-9 Adelmo, walked two miles through a swampy, thorn-ridden, wooded area to locate and apprehend Billy Joe Bishop.”

The arrest was filmed by the officer’s body-camera.

“Each team within the K-9 Unit completes an annual certification that is mandated by the Florida Department of Law Enforcement.

“Aside from their law enforcement duties, the K-9 teams visit schools, churches and businesses to give demonstrations of their canine’s abilities and to educate and give the public a better understanding of what the team is utilized for.”

The rate of violent crime in Marion County is 2.98 per 1,000 residents during a typical year, according to crimegrade.org.