The dancer-stage actor makes his debut on TV and in feature films this year.
By Cesar Arredondo September 29, 2021
Facebook
Twitter
Linkedin
Email 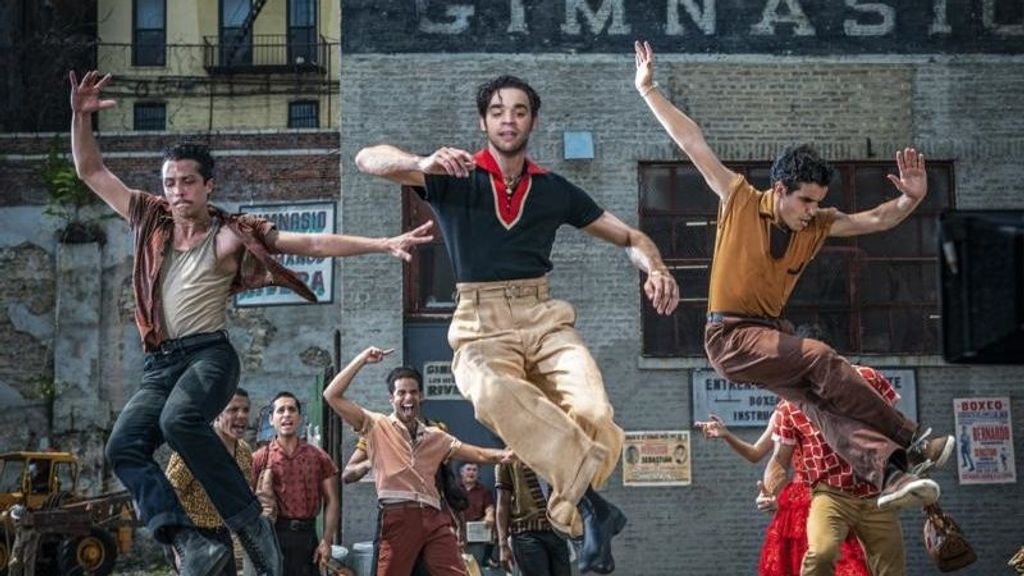 David Alvarez (center) plays Bernardo, the leader of the Sharks gang, in Steven Spielberg's remake of “West Side Story.” (EPK.TV)

Dancer/actor David Alvarez, who won the Tony for “Billy Elliot,” is now adding Hollywood to his Broadway career.

He made his TV debut in Showtime’s new murder mystery series “American Rust,” which premiered this month. Later this year, Alvarez will make his feature film debut in Steven Spielberg’s remake of the famed musical “West Side Story.”

“Ever since I was a young kid, I always had this secret passion for acting, and I thought it was a way of expressing myself that I couldn’t find in the same way in dance,” said Alvarez at a press conference.

“I’ve tried many things in my life to see what I want to do besides dancing, but I think acting is that rare art form that resonates with me.”

The Cuban-Canadian actor came to the performing arts naturally. His mother, Yanek Gonzalez, is an actress and theater director. His father, David Alvarez-Carbonell, is a professor of biology and chemistry.

“My parents gave me the freedom to be curious, that life is an act, and you’re just constantly evolving and changing,” he said. “And you do that for your characters, as well. I’m very grateful to have had the opportunity to transition [to TV] with ‘American Rust.’”

Isaac is part of a group of teens living in an economically devastated Pennsylvania steel town, where a murder occurred. A compromised chief of police (Daniels) has to decide how far he’s willing to go when the son of the woman he loves (Tierney) is accused of the crime. The drama explores the lives of the inhabitants of a small town with big secrets.

There’s a lateral subplot involving Lee (Mayorga), a frustrated young Latinx woman who finds herself moving back to a white, working-class town following her mother’s death. In the meantime, she must contend with her mother’s ailing husband and her relentlessly somber brother, Alvarez’s Isaac.

“The characters we play are capable of making mistakes that can cause significant damage to the rest of their lives. That’s why each decision they make throughout the season is really important,” Alvarez said.

“I’ve come to feel that being aware of the decisions and actions we make as actors will also impact the rest of our stories, our own personal journeys, and who we become.”

“I agree with David,” said Mayorga. “I believe people think that when you’re young, you can make all these mistakes, and you can fix it in the future or get away with it. I don’t think that. It follows you, and you can’t get rid of it. Maybe the truth comes out. We have to be mindful of the consequences, even (at) this young age, of what we do.”

At 12, Alvarez had a success few ever know. He was one of the youngest performers to win a Tony Award for Best Actor in a Leading Role in a Musical. He shared the award with the other two original Billys: Trent Kowalik and Kiril Kulish.

As an adult, Alvarez served in the U.S. Army and later attended college. At school, a casting director spotted the dancer for Spielberg’s upcoming remake of “West Side Story.” Alvarez was selected to play Bernardo, the leader of the Sharks, the Puerto Rican street gang. The movie is scheduled for a Dec. 10 release.

Alvarez is closed-lipped about the highly anticipated debut of “West Side Story” — Spielberg’s take on the tale inspired by “Romeo and Juliet.” It is also the acclaimed director’s first musical. For “West Side Story,” Spielberg teamed again with screenwriter Tony Kushner; they collaborated on “Lincoln” and “Munich.”

The original 1961 film won George Chakiris a Best Supporting Actor Oscar. How does Alvarez feel about taking on the role? “I continue to train at ABA (American Ballet Academy). We’ll see how it goes.”