Beekeepers and farmers have sought a natural alternative to deadly pesticides. 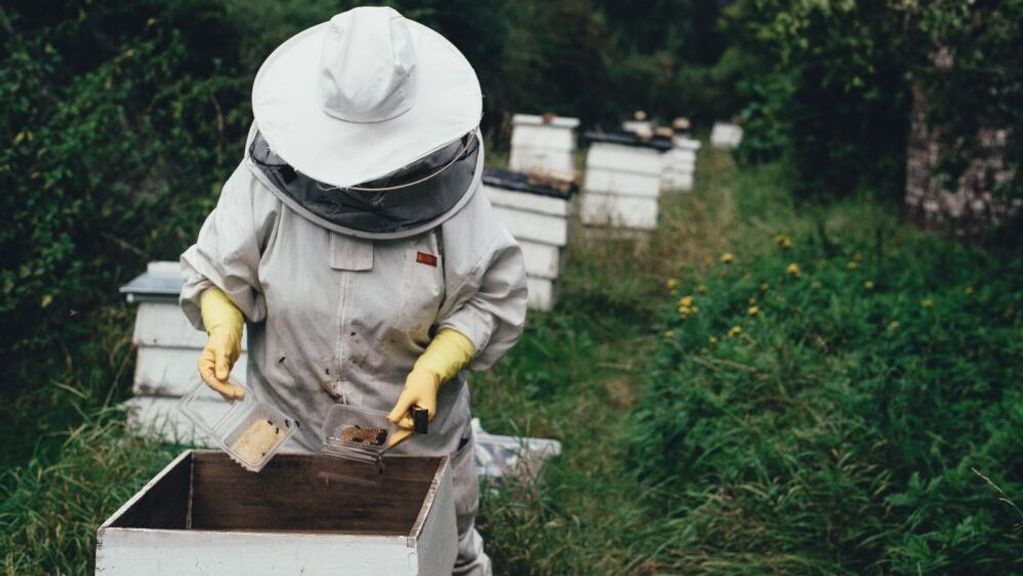 Beekeepers have long sought a natural way to protect bees from the virus spread by mites. (Annie Spratt/Unsplash)

Essential honeybees are dying off around the world, partly because of a deadly virus that impairs bees’ navigation. But a cheap, natural chemical compound may prevent or even reverse the effects of the virus, according to a new study.

Published in the journal iScience, a new study showed that bees that were fed the compound before being infected with the virus were nine times more likely to survive after five days.

“Pathogens are definitely a stressor for bees,” said Cheng-Kang Tang of National Taiwan University, lead author of the study. “But beekeepers don’t want to use pesticides because of food-safety concerns. So we set out to find some compounds that can increase the strength of bees.”

The team studied the effect of the natural compound on the bees across various scales, ranging from genetic testing to experiments in the lab and field.

Transmitted by the parasitic varroa mite, the deformed-wing virus may infect bees at any time during their lifecycle. If severely infected, bees die within days or have poorly developed wings that impair their ability to fly or forage for food. Research has also shown that the virus damages the transmission of nerve signals, as well as memory and learning, preventing the bees from returning to the hive after seeking food. If they lose their way home, bees may die, and their colony may collapse for lack of food.

Sodium butyrate (NaB), a chemical compound found in many plants and known to increase the expression of a variety of genes in animals, including genes involved in immune responses and learning, was identified by the researchers as a candidate to protect bees. Co-author Yueh-Lung Wu and fellow researchers fed the bees sugar water laced with NaB for a week before infecting them with the virus.

“Our findings show that feeding the insects NaB before virus exposure can counteract the negative impacts of the pathogen,” Wu said. He added that the same compound improved the immunity of bees, giving them a higher chance of survival by suppressing the virus.

More than 90 percent of bees fed the NaB-based sugar solution remained alive five days after their infection with the virus, whereas 90 percent of the infected bees that did not receive NaB died over the same period.

In the field, the team placed monitors at the entrance of several beehives, hosting tens of thousands of foraging bees each, for about a month. After calculating the number of bees departing and returning to the hive during the day, the team found that about half of the infected foraging bees returned to the colony.

More than 80 percent of bees that were fed NaB sugar water before becoming infected found their way home by the end of the day, which is comparable to uninfected bees.

As a follow-up, the researchers will try to find out how bees respond differently to the NaB supplement across seasons, because bees are known to change their behavior throughout the year.

“Sodium butyrate is really cheap. So if we can prove its benefits, it would be an easy and affordable [way] for beekeepers to keep their bees alive,” Wu said. “Honeybees are important pollinators of myriad fruits and vegetables, with economic importance worldwide, and therefore are crucial for maintaining the balance of the ecosystem.”

«Previous Post
Good Bacteria May Eliminate Bad Bacteria Better Than Antibiotics»Next Post
Creating The Crops We Need, Not The Ones We Have