TikTok fans got a kick out of seeing mother scatter rice grains on the floor in ploy to get daughter to clean up the mess. 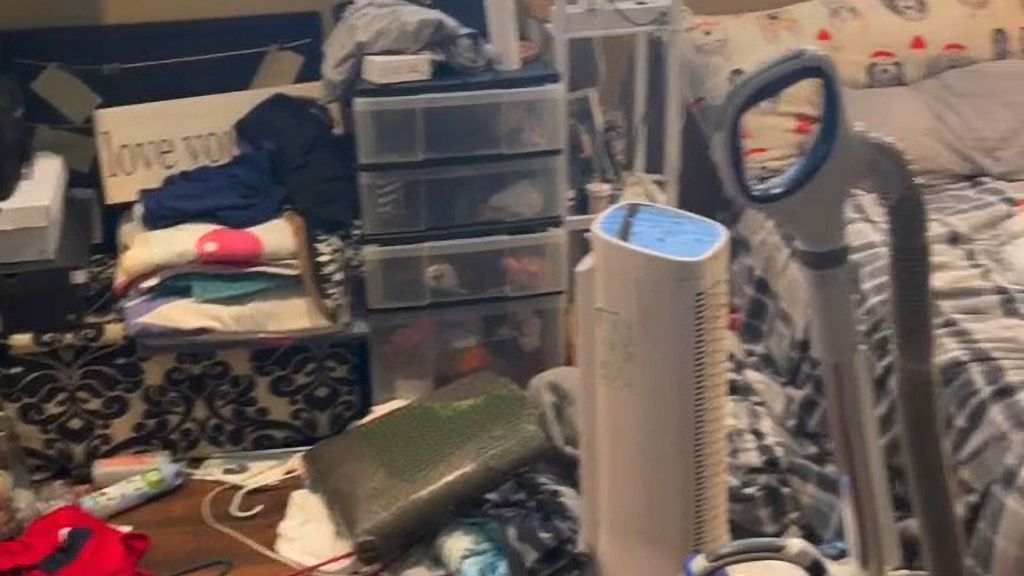 After taking a look at her teen daughter's mess of a bedroom, a California mom came up with a “drastic” measure that got results. (@proudmomager/Zenger)

Want your teen to clean her room? Scare her.

That’s what one mother did to get her 16-year-old daughter to tidy up her messy bedroom in their Simi Valley, Calif., home north of Los Angeles.

Video of the mom’s scheme attracted 13.9 million views on TikTok and has 1.6 million “likes.”

Tiffini Hamer sprinkled grains of organic black rice all around her teenager’s room so her daughter would think the mess attracted rodent feces. The shock, the mom felt, would kick-start a major cleanup.

Video shows the cluttered room, with the bed unmade and clothes strewn all over the floor. Discarded clothing hangers are lying around, and various items are scattered everywhere. It looks like it would be difficult to walk across the room, let alone find anything.

Instead of threatening punishment, Hamer, a talent agent and a real estate agent, thought a humorous approach would yield a better result.

Hamer said she spotted some organic black rice at the grocery store. “I bought it and thought it would be funny because me and my daughter are always messing around like that.”

To an untrained eye, the black rice looks like the small black droppings left behind by certain types of rodents, such as mice or rats.

Tiffini said her daughter, who is not named, has attention-deficit/hyperactivity disorder, commonly known as ADHD.

When the daughter went to the pharmacy with her father, Hamer seized the opportunity to spread the rice throughout the bedroom.

“My daughter noticed a couple of hours later when she went to take her meds. She freaked out and decided to clean her room,” Hamer said.

“About halfway through, I was laughing at her, and she [said] ‘What? How did this happen because I don’t have food in here.’ And I told her.”

The teen later posted a video, saying: “My room was messy for four days. When I started to clean, my ADHD kicks in … .”

“’My mom is my BFF,” the teen said. “My mom did not humiliate me by posting my room. If she thought it would, she wouldn’t have posted it.”

Millions of children in the United States have been diagnosed with ADHD, according to the Centers for Disease Control and Prevention.

Boys are more likely to be diagnosed with ADHD than girls (12.9 percent compared to 5.6 percent).