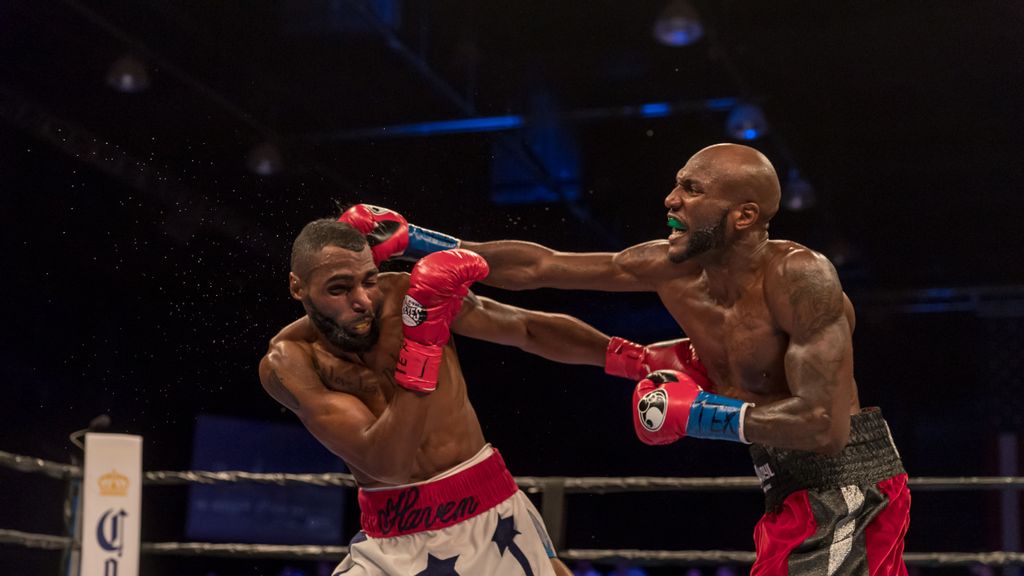 Darwin Price ran into trouble early in life, but the 32-year-old has overcome a rough upbringing in the St. Louis, Missouri area to become an entrepreneur as well as an altruist.

D’Anthony Smotherman isn’t surprised that Price owns a company that provides security to residential and commercial properties, trains high-profile executives and teaches high school students in the Houston, Texas area as much as he continues to marvel from whence his former pupil came.

After starting a riot — the cause of which he declined to specify — that caused him to miss his entire sophomore year, Price returned to St. Louis to become a nationally ranked boxer and high school and collegiate track star.

“Darwin’s definitely someone who can touch individuals like a big brother because he’s been through it and knows how it feels. Darwin later became very active in the community, and someone who wanted to achieve and to help others do the same,” said Smotherman, Price’s high school track coach and mentor.

“But I believe if Darwin had stayed in the streets, he wouldn’t be here today. I saw how he was living, and the bad influences he was hanging around. If anything, he would be either locked up somewhere or he wouldn’t be alive.”

Since graduating from Grambling State University in four years at the age of 21 with a degree in kinesiology, Price has become a father of two girls, a 140-pound boxing contender and a special education instructor while also providing security and personal training.

“I do training for executives who own some of the largest companies in the world, and I also own a security company,” said Price, a Houston, Texas resident whose “Pay The Price” ring nickname also stands for his fitness and security operations. “While I’m teaching at Ridgepoint High [in Missouri City, Texas], I’m in the process of obtaining my teaching certification.”

Also central to Price’s life are his 11- and 13-year-old daughters, Kiley and Kamorah, who live with their mother in St. Louis.

“I’m able to speak with my daughters every day. They’re my life. They mean everything to me. Since Kamorah’s birthday is on Oct. 17, I’ll be going back to St. Louis next month,” Price said. “We co-parent very well; I appreciate their mother and grandmother for being so great about everything.”

Price said he grew up “in many different areas of St. Louis.”

“I went to elementary school in Ferguson when I was younger, which is where Mike Brown got killed,” he said, referring to the fatal shooting in August 2014 of an 18-year-old black man by white police officer Darren Wilson, which sparked racial unrest and looting.

“After that, I moved to Berkeley, an inner-city suburb of St. Louis. I started high school as a freshman at McCluer North. I eventually got expelled for inciting a riot,” said Price. “I missed my entire sophomore year at McCluer. It was tough trying to stay focused and not hang out with the wrong people when that was all I had around me.”

He struggled for a while to find his way.

“I ran away from home, returned, and then left my father’s house and moved with my mother to Bel-Ridge, Missouri, to start the 10th grade over again at Normandy High,” Price said. “My dad would tell me, ‘You’re going to end up in jail, or you’re going to end up dead.’ I wanted more out of life than just the streets and was always one of those kids who wanted to do better. What saved me was sports.”

A Normandy security guard recommended Price try out for cross country and track.

“I also started wrestling for a year and I ran track and did boxing at the same time when I was 15,” Price said. “The same year I started running track, my friend got me into boxing. But in 2016, that same friend got locked up for murder.”

Price went 10-1 during his brief stint as a 119-pound wrestler, and became Missouri’s first black athlete to win the “triple crown” of major running events at the large-schools level.

“My grades improved. I was on the front cover of Rise Magazine,” said Price. “I was Missouri’s first African American to win the 800 (meters), mile (1,600 meters) and two-mile (3,200 meters) runs in the history of the state meet.”

Price already was a father of a one-year-old daughter when he received a full scholarship to Grambling State University, Smotherman’s alma mater.

“There were times when Darwin wanted to quit, and I had to stay on him, challenging him to stay the course and getting him down to Grambling where I went,” Smotherman said. “Definitely being a parent in high school made him wake up and realize that he needed to make a better upbringing for himself in order to make it better for his daughter.”

Price graduated from college in 2012 with a kinesiology degree, in the interim going 120-12 as an amateur boxer.

“I was the seven-time MVP of the SWAC [Southwestern Athletic Conference.] I won the Texas Relays in 2010 in the 1,500 meters, and I qualified for the regionals in the 800 almost every year,” said Price, who considered taking a break from boxing until the death of Preston Freeman.

“Preston was murdered at a nightclub in St. Louis. He had started as a pro in Salinas, California, where I was inspired to eventually end up beginning my pro career.”

Price debuted professionally in July 2013 at The Fox Theater in Redwood City, California, his fourth-round TKO of Luis Sanchez being his first of 16 consecutive victories (nine knockouts).

Price won twice in 2016 to improve to 11-0 (6 KOs), an eight-round unanimous decision over Semajay Thomas in June preceding a seventh-round TKO of Javontae Starks in September.

“Darwin and I won a lot of fights together. He trained hard and he’s a great fighter,” Shields said. “His career probably would be a lot farther along if he hadn’t suffered that knee injury.”

“I was sparring, and in the second round, I stepped back, and my right knee snapped on me,” Price said. “I thought it was a dislocation at first because it was so painful.”

Price returned from a 17-month ring absence to go 3-1 (3 KOs) in 2019. Unfortunately for Price, he reinjured his knee during that December’s bout with unbeaten Malik Hawkins, resulting in a fifth-round TKO loss.

“Life can still be challenging sometimes, but when you look at those kids, you develop a place in your heart for all of them, realizing where you came from and that they deserve all the love and attention you can give them the same way it was given to you,” Price said.

“I’m thankful to be looked up to and to be able to help these kids go as far as you can take them and as far as they can do. Ultimately, you just take a look at yourself and realize, ‘I’m blessed.’”

Price recovered to end a 16-month ring absence with his one-knockdown, a fifth-round KO of Corral in April.

“I almost hurt my hamstring in my left leg in the Corral fight. But I’ve had therapy; both of my knees are all healed up. I’m feeling excellent,” said Price, who is now 17-1 (10 KOs).