Red Planet’s surface has been revealed in never-before-seen detail as the Mars rover searches for signs of life. 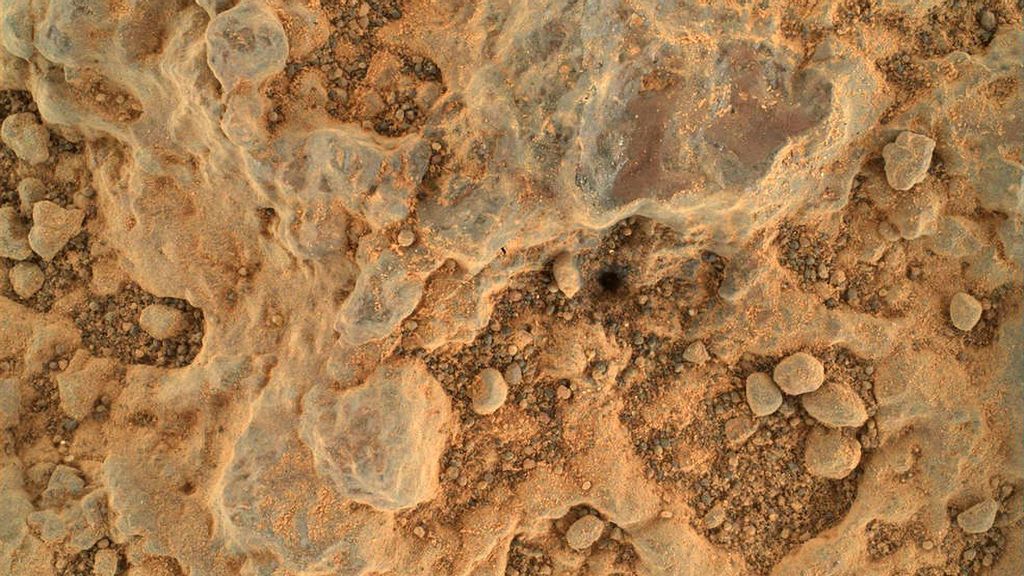 Its seven powerful cameras have been sending high-definition images back to researchers on Earth as they try to piece together billions of years of Martian history.

The cameras can focus on tiny details from a huge distance, allowing researchers to identify rock samples that may be useful in their hunt for evidence of life on the Red Planet.

“The imaging cameras are a huge piece of everything. We use a lot of them every single day for science. They’re absolutely mission-critical,” said Vivian Sun, the co-lead for Perseverance’s first science campaign at NASA’s Jet Propulsion Laboratory in Southern California.

Every time the rover stops, its two navigation cameras capture a 360-degree view of the landscape.

Perseverance also has six hazard-avoidance cameras, or Hazcams, which help the rover steer clear of dangerous situations. It also has robotic arms to retrieve objects.

“The navigation camera data is really useful to have those images to do a targeted science follow-up with higher-resolution instruments such as SuperCam and Mastcam-Z that are also onboard the craft, Sun said.

The SuperCam is used to study the planet’s chemistry, allowing the researchers to zone in on signs of ancient microbial life.

The images captured have already revealed numerous stories about Mars’ past. The images of large boulders show that “there had to have been some huge flash flooding that occurred that washed boulders down the riverbed into this delta formation,” said Roger Wiens, principal SuperCam investigator at Los Alamos National Laboratory in New Mexico.

The cameras have also picked up on signs of igneous rock that formed from lava or magma on the crater floor, suggesting not only that there was flowing water on the planet but flowing lava before, during or after the lake was formed.

The rover’s Mastcam-Z is equipped with powerful zoom capabilities and the ability to capture detailed 3D images, panoramic shots and record high-definition videos.

“We can swing through vast swaths of real estate and do some quick assessment of geology, of color. That has been helping the team figure out where to target instruments,” said Jim Bell, an astronomy professor at Arizona State University, who leads the Mastcam-Z team.

The rover’s ability to capture color allows NASA to make links between features seen from above by the Mars Reconnaissance Orbiter and what the rover sees on the planet’s surface.

“The camera also functions as a low-resolution spectrometer, splitting the light it captures into 11 different colors, which scientists can then use to determine the composition of the mineral reflecting the light,” NASA said.

The Wide Angle Topographic Sensor for Operations and Engineering camera snaps extreme close-ups of rock and sediment, zeroing in on the variety, size, shape and color of tiny grains, allowing scientists to identify useful samples.

The samples can then be extracted and one day potentially returned to Earth for analysis.