The predator had a wingspan of more than 6 feet and a beakful of razor-sharp teeth. 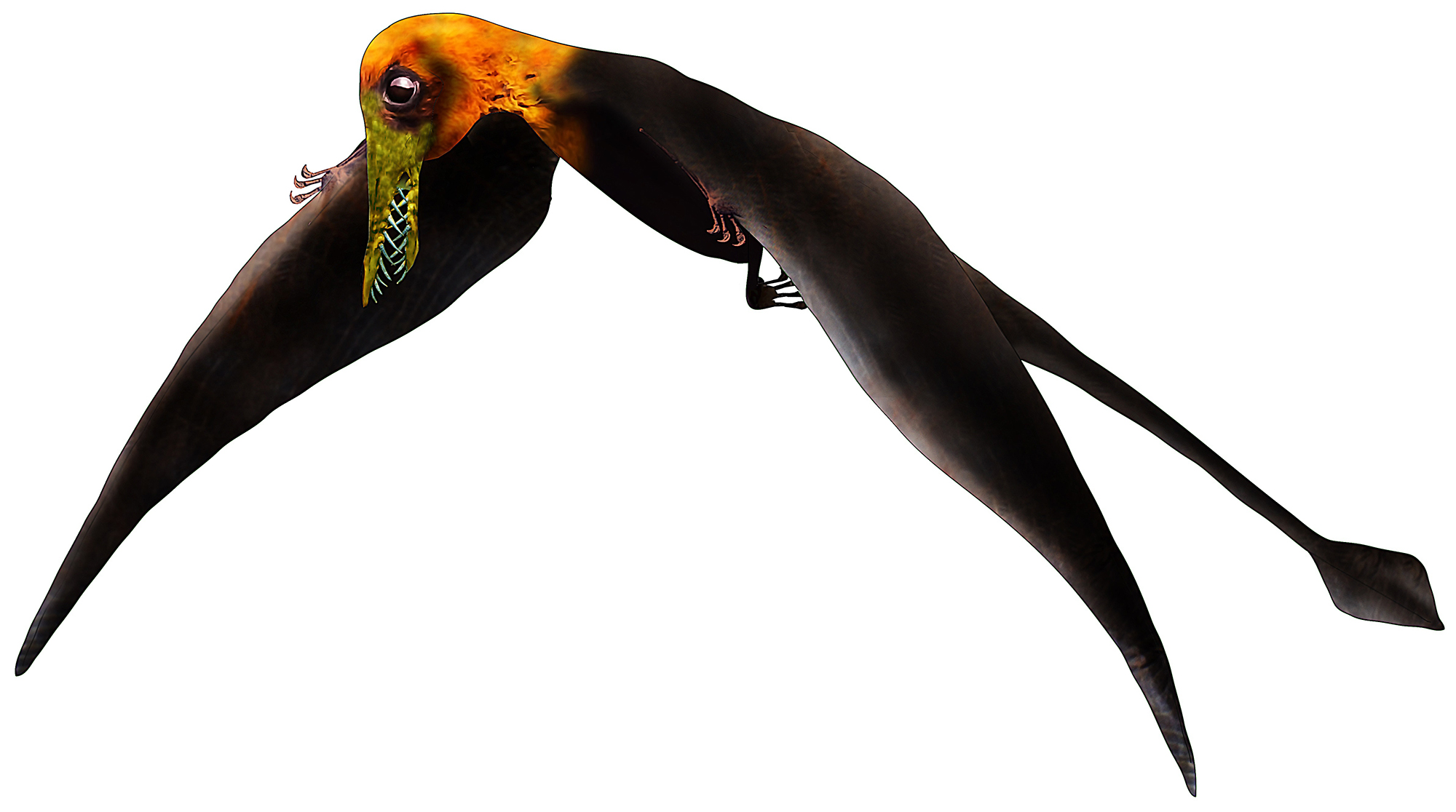 A re-creation of the type of pterosaur discovered near Calama, Chile that inhabited the megacontinent Gondwana about 160 million years ago. (Universidad de Chile/Zenger)

Fossils unearthed in Chile are believed to be those of a “flying dragon” that soared over the Atacama Desert more than 160 million years ago, scientists say.

Researchers believe the remains belong to a pterosaur, making this the first discovery of its kind in the Southern Hemisphere.

“The discovery was very exciting,” said Jhonatan Alarcón, a University of Chile scientist who led the research team. “Before this discovery, it was thought that these pterosaurs had not existed at these latitudes.”

Osvaldo Rojas, director of the Atacama Desert Museum of Natural History in Cerritos Bayos, discovered the fossils in a rock in 2009. The results and analysis conducted by Alarcón and other researchers at the University of Chile were not published until this month in the journal Acta Palaeontologica Polonica.

“We can’t say that pterosaur is a migratory species, but the findings suggest that at least one member of Rhamphorhynchinae made its way from the Northern to the Southern Hemisphere,” Alarcón said.

”There are pterosaurs of this group also in Cuba, which apparently were coastal animals, so most likely they have migrated between the North and the South, or maybe they came once and stayed. We don’t know.”

The creature is called a “flying dragon” because of its wingspan of more than 6.5 feet, long pointy tail and sharp buck teeth.

It is thought to have lived on the ancient mega continent known as Gondwana, which was made up of South America, Antarctica, Africa, Madagascar, India, Australia and Laurasia (North America, Europe and Asia, except peninsular India).

“Based on the size of the humerus, we believe that this pterosaur was a well-developed specimen, probably a fully grown adult,” Alarcón said about the fossils. “Our specimen is quite large, comparable to Rhamphorhynchus, which is the largest member of this family or perhaps the largest.”

He said the animal’s remains were preserved in a rare, three-dimensional way as “pterosaurs, in general, are preserved with crushed bones, given that they had very delicate and pneumatic bones, adapted for air movement.”

Chile’s Atacama Desert, a 994-mile strip of land on the Pacific Coast west of the Andes Mountains, is known for its fossil finds.  What has been billed as a graveyard of whales was unearthed in the desert in 2014.

The prevailing evidence is that the animals were poisoned by toxins from algae blooms.