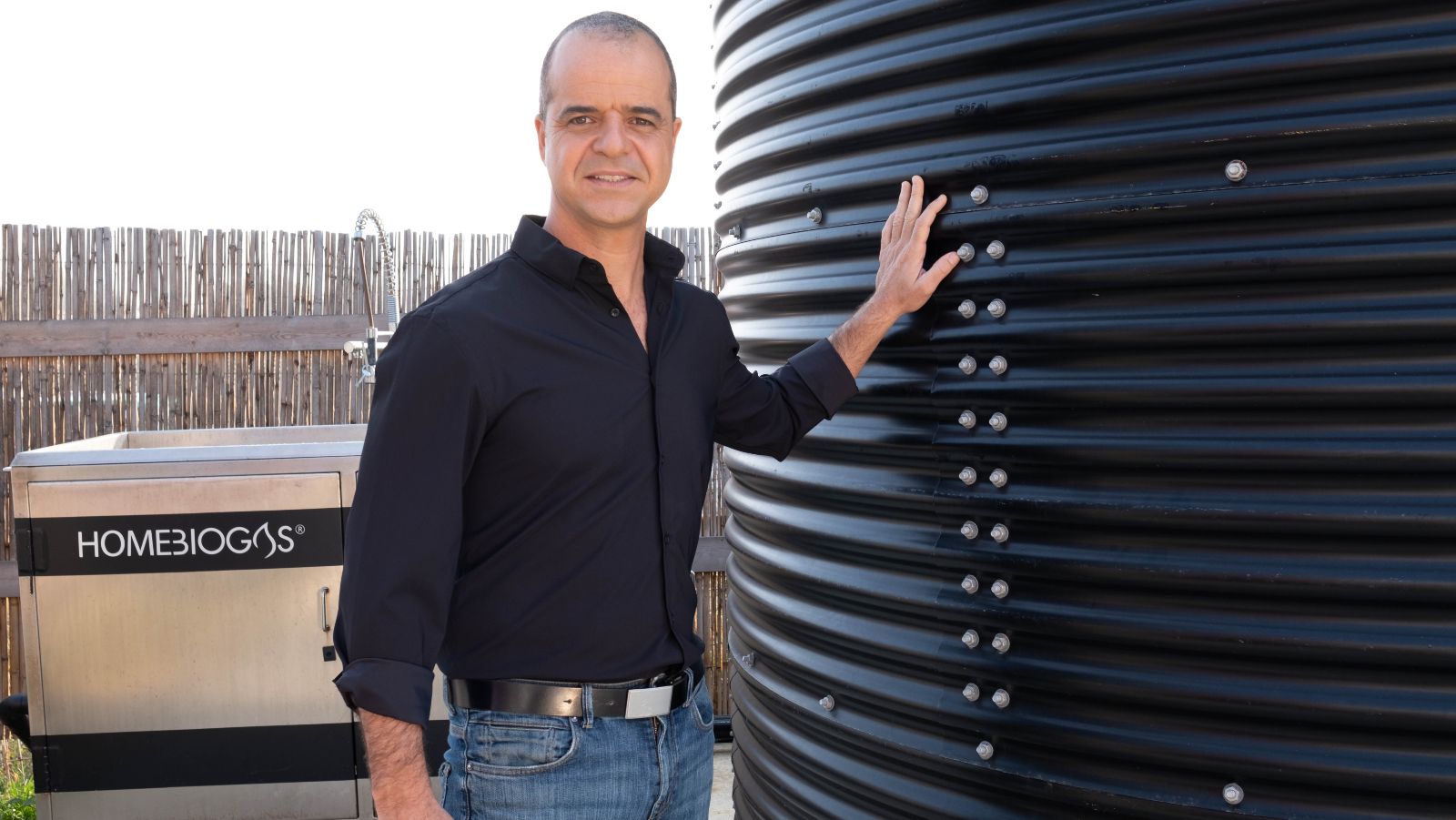 HomeBiogas CEO Oshik Efrati alongside one of the company’s systems. (Courtesy of HomeBiogas)

HomeBiogas, which produces a system that converts food leftovers into natural gas for cooking and into garden fertilizer, recently signed distribution agreements with companies in Chile and Peru. Each agreement is for a period of two years, during which each company is set to purchase a minimum of $450,000 in merchandise.

“We are pleased to share our most recent update on the expansion of our activity in South America, following other agreements that were recently signed in Colombia and El Salvador,” said HomeBiogas CEO Oshik Efrati.

“The agreements we signed today are aligned with our company mission and strategy, and we look forward to signing additional agreements with the aim of expanding the scope of our activities at an international level and becoming leaders in our field.”

Meanwhile, Aura Air, which creates air filtration and disinfection devices, has had its devices installed at the Chile location of multinational mining giant BHP.

The startup’s small device, which looks like a robotic floor cleaner, uses a combination of four filters — a carbon and copper-infused filter, a HEPA filter, a pre-filter and ultraviolet UVC LEDs.

Pilots of Aura Air have shown that the device neutralizes various viruses, including SARS-CoV-2, at a rate of 99.9 percent.