MJ Rodriguez made history as the first transgender person nominated for an Emmy in a major acting category. 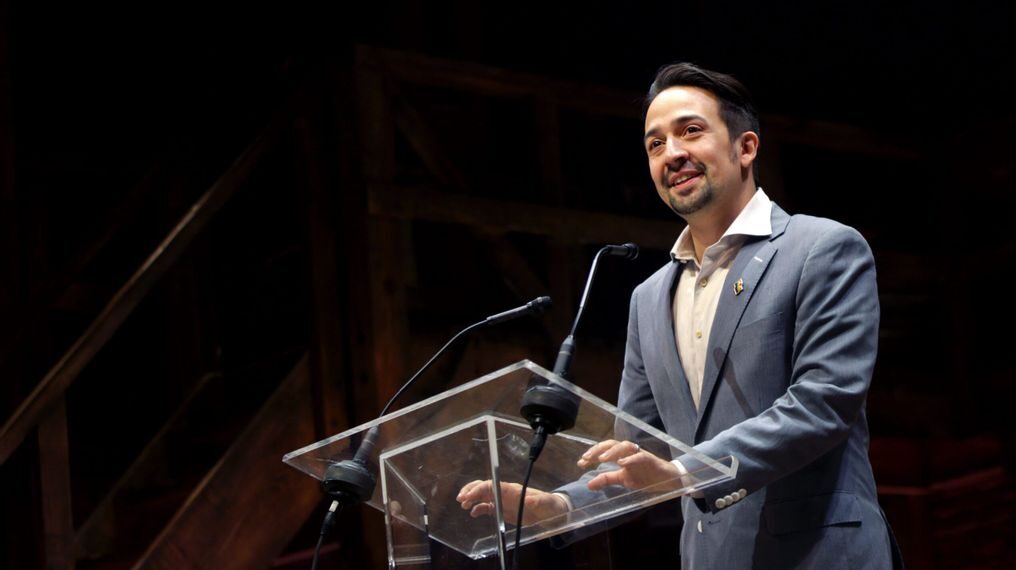 Lin-Manuel Miranda addresses the audience after a performance of “Hamilton” at the Richard Rodgers Theater on July 12, 2016. The Disney+ version of the play won the Outstanding Pre-Recorded Variety Show Emmy. (Yana Paskova/Getty Images)

“Hamilton” and “The Queen’s Gambit” won awards at the 73rd annual Primetime Emmy Awards, which recognizes achievements in television.

Miranda was nominated for Outstanding Lead Actor in a Limited or Anthology Series or Movie but lost to Ewan McGregor, who played fashion designer Roy Halston on Netflix’s “Halston.”

Disney+’s “Hamilton” is the live recording of the acclaimed Broadway musical of the same title, which tells the story of Alexander Hamilton, one of America’s founding fathers. Captured live from the Richard Rodgers Theater, the movie features the original theater cast. “Hamilton” had a total of nine Emmy nominations.

One of the few nominated Latinos actors was MJ Rodríguez, who vied for Outstanding Lead Actress in a Drama Series for her role as Blanca Evangelista on FX’s “Pose.” She lost to Olivia Colman as Queen Elizabeth II on Netflix’s “The Crown.” Still, Rodriguez made history as the first transgender person nominated for an Emmy Award in a major acting category.

“The Mandalorian,” a Disney+ sci-fi series starring Chilean-American actor Pedro Pascal, received five Emmy nominations but lost in all of them. The series is part of the “Star Wars” franchise.

Earlier in the month, another Latina won a different kind of Emmy, the Creative Arts Emmy, which honors technical and other achievements in television. Jessica Hernández won for Outstanding Picture Editing for Variety Programming for HBO’s “A Black Lady Sketch Show.” She shared the award with Daysha Broadway and Stephanie Filo.

Writing for a Limited Series, Movie or Drama Special: Michaela Coel, “I May Destroy You”

Directing for a Limited Series: Scott Frank, “The Queen’s Gambit”

Directing for a Drama Series: Jessica Hobbs, “The Crown”

Writing for a Drama Series: Peter Morgan, “The Crown”

Directing for a Variety Special: Bo Burnham, “Inside”

‘Hamilton’ and ‘The Queen’s Gambit’ win Emmys was first published in LatinHeat Entertainment.