Police seized a small pocket knife without a handle that is believed to have been used in the attack. 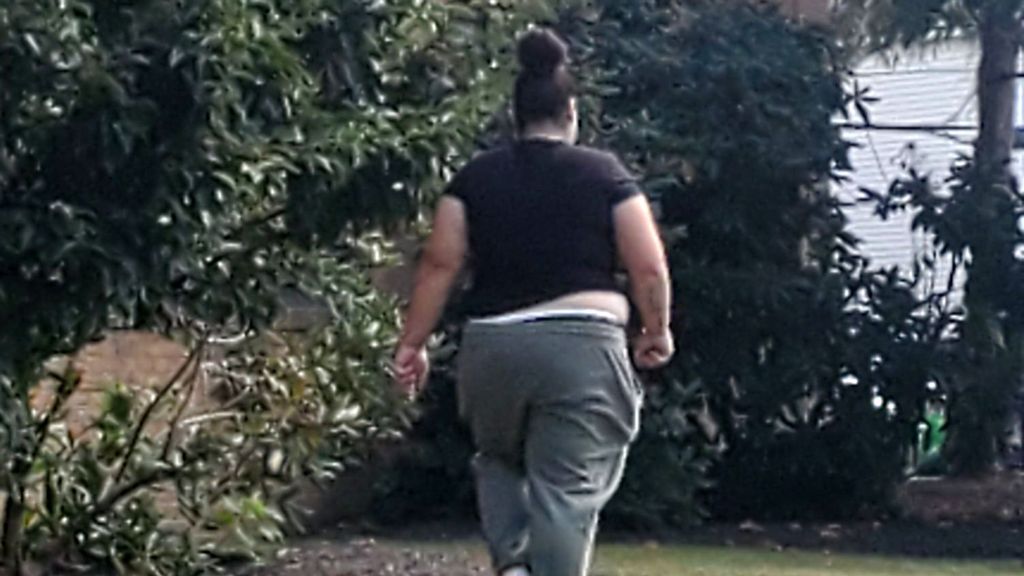 The victim took this photo of Victoria Disharoon, accused of stabbing her near Morton Hospital in Taunton, Massachusetts, on Sept. 21. Police released the photo to the public and received numerous tips, leading to Disharoon's arrest. (Taunton Police Department/Zenger)

A 28-year-old woman accused of stabbing and punching a hospital employee faces a charge of assault and battery with a dangerous weapon.

Victoria Disharoon allegedly attacked a woman standing outside a Boston-area hospital on Sept. 21 after approaching her from behind, Taunton, Massachusetts, police said.

“The victim told police that she did not know Disharoon and that the attack was random and unprovoked,” police said.

The victim told police she was on her break when a woman, later identified as Disharoon, “allegedly forcefully pulled her ponytail and punched her several times in the back. The victim said she felt like she was being stuck with something while being punched,” police said.

“While the victim was receiving medical care, it was discovered that she had multiple puncture wounds on her shoulders and neck,” police said.

Police seized a small pocket knife without a handle that is believed to have been used in the attack.

Morton Hospital released a statement confirming that an employee was attacked outside while taking a break on a property adjacent to the hospital, “in what appears to be an isolated, random assault.”

“Fortunately, the victim sustained only minor injuries, received outpatient treatment at Morton’s ER including stitches, and chose to finish their shift while also electing to work today. Immediately following the incident, Morton dispatched local law enforcement who are conducting an investigation and searching for the assailant. At the time, there was a brief lockdown at the hospital, but it was quickly lifted and the hospital has returned to full operations.”

Before Disharoon was identified, police had released a photo of her from behind that was taken by the victim after the attack. Taunton police asked for the public’s help in identifying her. They received multiple tips and arrested Disharoon about three hours later.

Disharoon was arrested on Sept. 22 and was scheduled for arraignment on Sept. 23.

“If you live in Taunton, your chance of becoming a victim of crime in the community is 1 in 102,” Taunton Police said. “The chance that a person will become a victim of a violent crime in Taunton; such as armed robbery, aggravated assault, rape or murder; is 1 in 265. This equates to a rate of 4 per thousand inhabitants.”