With ’21 Summers,’ Rapper Mac Is A Free Man And Back In The Studio

New single details his life behind bars and dreams of what it will be like back in the real world. 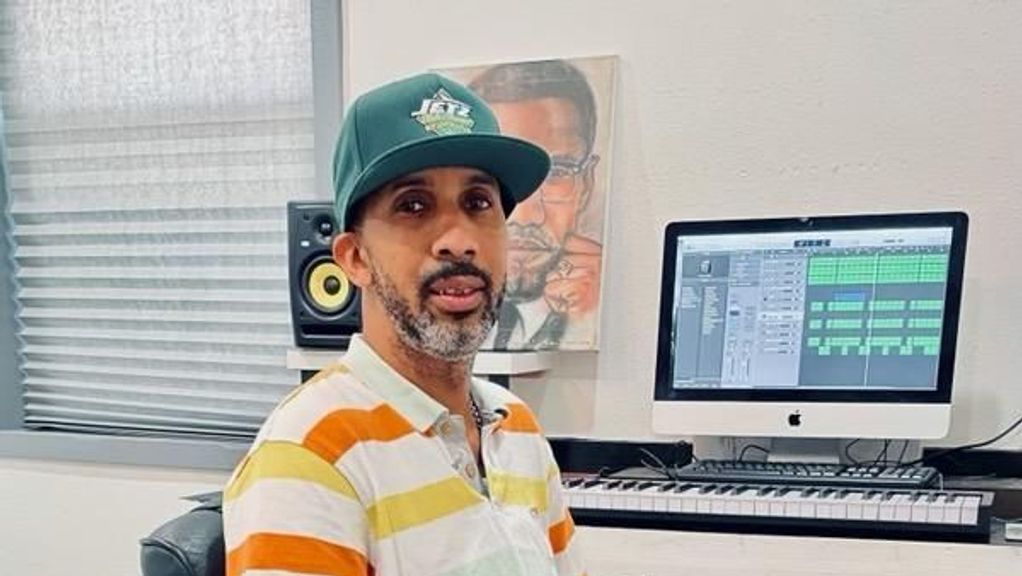 After 20 years in prison, rapper Mac was released on parole in June. He has returned to the studio to work on new music. (Angelique Phipps)

Rapper Mac’s debut solo album “Shell Shocked”’ in 1998 peaked at No. 11 on the Billboard 200, placing what was then the No Limit Soldier label in company among the elite.

Two years later, while Mac was performing at a club in Slidell, Louisiana, 19-year-old Barron Victor was shot and killed. Mac, born McKinley Phipps, was sentenced in 2001 to 30 years for manslaughter in Victor’s death.

After serving 20 years — proclaiming his innocence throughout — Mac was released on parole on June 22. He went right to work, releasing a new single, “21 Summers,” on Sept. 21 — 20 years to the day of the start of his prison sentence.

Supported by family, friends and several artists and producers from New Orleans, Phipps looks to make up for lost time. He is providing his fans with a more mature version of his lyrical sharpness. He also plans to release his first solo album since 1999’s “World War III” in the near future.

Mac opens up to Zenger about adjusting to life after prison, adapting to streaming as the preferred platform for putting out music, and much more.

Zenger: You got a lot of love from artists in New Orleans while you were incarcerated. What has the reception been like now that you are out?

Mac: It’s been great. … People have been showing me a lot of love. It’s humbling. It’s good to see that people really were rooting for me to get out of there, because they knew the circumstances, they understood the case, and I think it’s a great thing that it happened at this time.

Zenger: During the trial, they used your lyrics against you. Does that change what version of Mac we will get moving forward?

Mac: I’m a more mature person, to be honest with you. I’m 44 years old. I’m definitely not going to be the 21-year-old guy that was doing what I was doing at that time. That’s practically impossible.

Zenger: I remember watching an interview with Tupac. He talked about writing full records while he was in jail, but he admitted that “Me Against The World” was a little too depressing and dark for his taste, and he blamed that for writing it while being locked up. Did you refrain from writing while you were incarcerated for that reason, or were you able to creatively put thoughts together?

Zenger: You were always viewed as one of the more lyrical rappers coming out of New Orleans. Where did that come from?

Mac: I think it was just my influences. I grew up pretty much a diehard East Coast fan. Doing so, I think that it naturally impacted my style. Whatever you listen to the most will influence your style. I think that’s why my style is what it was because I was into New York rapping at that time growing up.

Zenger: Twenty years is a long time, and it makes all the sense in the world for your first single to be “21 Summers.” This single sounds very deep and personal for you.

Zenger: What did it feel like when you were able to walk out of there a free man?

Mac: It was surreal. It happened so fast. It caught me off guard. I made parole, and normally the process takes a couple of days for someone to be released. I made parole in about two hours, and I was gone. I didn’t really expect it. The parole officer was explaining to me the terms of parole, I actually didn’t know that I had signed the paper already that basically made me a free man. After I asked him a few questions, I said, “I haven’t been told when I’m getting out, so I don’t really know how I’m going to make the terms of the agreement.” He was like, “What you mean? The paper that you just signed are your release papers.” I was like, “Oh, word? Let me get on the phone and call my family.”

Zenger: Given the situation you were in, will it change the way you book shows and where those shows are located?

Mac: Yeah. Well, at the moment I have a curfew. I gotta be home by 9 p.m. I can’t go to bars, casinos, or nightclubs or anything like that. I think some of it is standard parole rules, but I think it was kind of stiff. I don’t know.

Zenger: It was cool to say Wale give you props and then you returned the favor to him. To get that recognition from a nationwide artist like Wale, must make you feel the impact you had and have on the game.

Mac: It’s humbling. I think also I was probably as inspirational to those guys in the beginning of their journey as the guys who I was inspired by. They were inspirational to me growing up along the way, and I kind of made sure that I paid tribute to them and honored them as well. Those guys are basically carrying the tradition and I think it’s a great thing. I think what Wale did was great because he did my verse, but I think it was great in general for the game. It shows that we do honor the people that inspired us. That was a good standard he set.

Zenger: You are making it hard on these rappers out there. Not only are you one of the best lyrically, but now you’re showing off your ability to play acoustic guitars, bass and the piano. Can we expect you to play certain instruments on your album, or is that just something you do in your downtime?

Mac: I don’t know. That’s a hard question. Playing instruments is therapeutic to me. It’s what I did in prison to pass my time whenever I was in one of those down moments. I went to the band room and jumped on the bass or jumped on the piano, jumped on the drums. Just really to relieve stress. So, it’s therapy for me. Of course, it’s probably going to spill to the hip-hop aspect of my life. I still like it as something that I do just for me.

Zenger: Are artists reaching out wanting to be a part of this album, or do you want this to be more of a personal album?

Mac: I think this first project is definitely going to be more personal. I may have one or two people on it, but it’s predominantly going to be me giving people my in-depth feelings walking through this whole journey.

Zenger: Do you have a title for the album? Will it be “21 Summers?”

Mac: Ah hah&mldr; now that’s one of those questions I was trained not to answer (laughing). I’ll just say, it’s coming soon (laughing).

Mac: I was trained not to answer that question, as well (laughing). The single just dropped on Sept. 21. But as far as the entire project, I’m looking at probably another month or so before I even think about what I want to do with that.

Zenger: How different is creating music now as opposed to 21 years ago for you?

Mac: I think it’s great. I’m a big fan of where the music industry is right now. I’m a big fan of this because this is what I have dreamed of since a kid. Where there was literally no filter between the artist and the audience. I think that’s great. The creative process now is so much simpler. I ain’t going to say easier, but it’s simpler.

The tools that they have make things much simpler. If we would have had this back in my time, I would go on record to say that I would probably be close to a billionaire by now if I wouldn’t have gotten incarcerated.

Zenger: Not just having music as the palm of your hand the minute it is released, but even the implementation of social media and controlling your own brand through that platform would’ve been insane during that No Limit Records run.

Mac: It would’ve been crazy. I’m definitely a fan of this whole technological era. I still don’t know everything about it. I’m still learning things as days go by. I’m a dinosaur. I’ve been gone for quite some time, but I’m picking it up fast.

Zenger: What has been the biggest adjustment in being out of prison?

When you get out, you’ve been in prison so long to where you get institutionalized. To some degree, every person that has ever been incarcerated has been institutionalized to some degree. If they tell you they weren’t, then that may be proof that they really are. So, I would say, the adjustment is being unsupervised and not having to think of someone standing over my shoulder has been a great thing — yet it has been an adjustment.

Zenger: I must ask the first meal you wanted when you got out?

Mac: When my wife and my partner Russell picked me up, we went straight to his family’s restaurant.  It’s called, Dunbar’s and I got either shrimp Creole or shrimp fettucine.

Zenger: What do you want listeners to “21 Summers” to take away from that song?

Mac: I just want them to know that “21 Summers” is a reflection to what I feel with this new freedom that I have been granted, and it’s sincere. It’s from my heart and I just hope they like it. I have confidence that they will like it. I put my all into it and I think people will enjoy it.

Zenger: It’s been an honor speaking to you, brother. I wish you the best of luck on your journey back into the outside world. Is there anything else you want to add?

Mac: It’s a pleasure to be here. It’s an honor for y’all to have me. “21 Summers” is on every musical platform. Stream it, buy it and support it. I have so much more to come. Thank you to everybody that has supported me over the years because it’s been a long journey, but there has been a lot of people that showed me a lot of love. Without them and that support, I don’t know if I would’ve kept my sanity.