VIDEO: Wing And A Care: Condors To Be Released To The Wild On National Public Lands Day

Numbers of this critically endangered bird have increased twenty-fold in just 40 years. 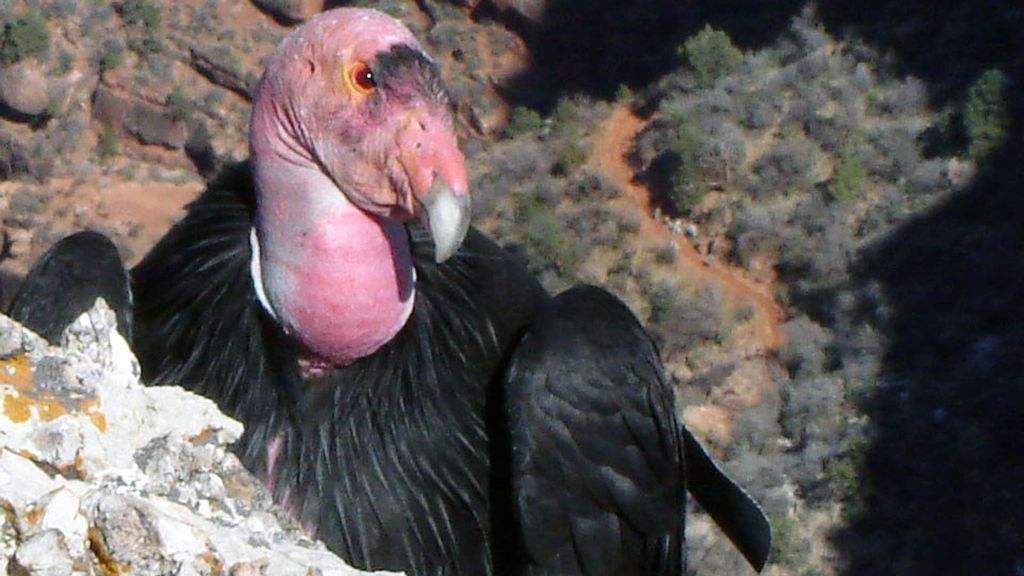 Once under severe threat of extinction, the number of California condors has increased from 22 to more than 400 over the past four decades. (National Park Service, M.Quinn/Zenger)

Three California condors will be released into the wild in Arizona on Sept. 25 to mark National Public Lands Day.

The Peregrine Fund, a nonprofit organization that works to protect threatened and endangered birds of prey, will livestream the event on its YouTube channel. The public will also be allowed to watch the birds soar into the wild in person at Vermilion Cliffs National Monument in northern Arizona. A similar event last year was closed to the public because of COVID-19 precautions.

The number of California condors had dwindled to just 22 by the 1980s due to the destruction of their habitat, lead poisoning and poaching, according to the Peregrine Fund. Conservation efforts over the past 40 years have resulted in their number rising to more than 400 in the wild and in captivity.

On its website, the group adds that more than half of all condor deaths are due to lead poisoning. Wildlife often eat lead shotgun pellets and other ammunition left inside the carcasses of animals that hunters leave behind. A long list of conservation charities has promoted regulations and laws that would require hunters to use ammunition filled with other kinds of shot.

Saturday’s event will mark the 20th year the big birds have been released at Vermillion Cliffs, part of a 294,000-acre preserve known for its towering cliffs, deep canyons, colorful swirls of sandstones and opportunities to see condors and other wildlife.  More than 160 of the birds have been released at the monument so far, The Peregrine Fund says.

“In some ways the population is doing great but still very much limited by the number one cause of death,and that’s lead poisoning, and we’re working with the management agencies to try to reduce that,” says Chris Parish, director of the group’s Condor Project.

Condors were plentiful and common in the Grand Canyon during the Pleistocene period, which stretched from about 2.6 million to 11,700 years ago, according to the National Park Service, which points to “bones, feathers and eggshells found in caves where they once nested.”

But they went the way of mastodons and saber-tooth cats about 10,000 years ago. By the time Europeans arrived in western North America, the condors were mostly seen along the Pacific coast from British Columbia to Baja California.

Launched in 1994, National Public Lands Day “celebrates the connection between people and green space in their community, inspires environmental stewardship and encourages use of open space for education, recreation and health benefits,” the National Park Service says, adding that it is “traditionally the nation’s largest single-day volunteer effort.”