Police use “The Enforcer” to bend the bars and release the trapped toddler. 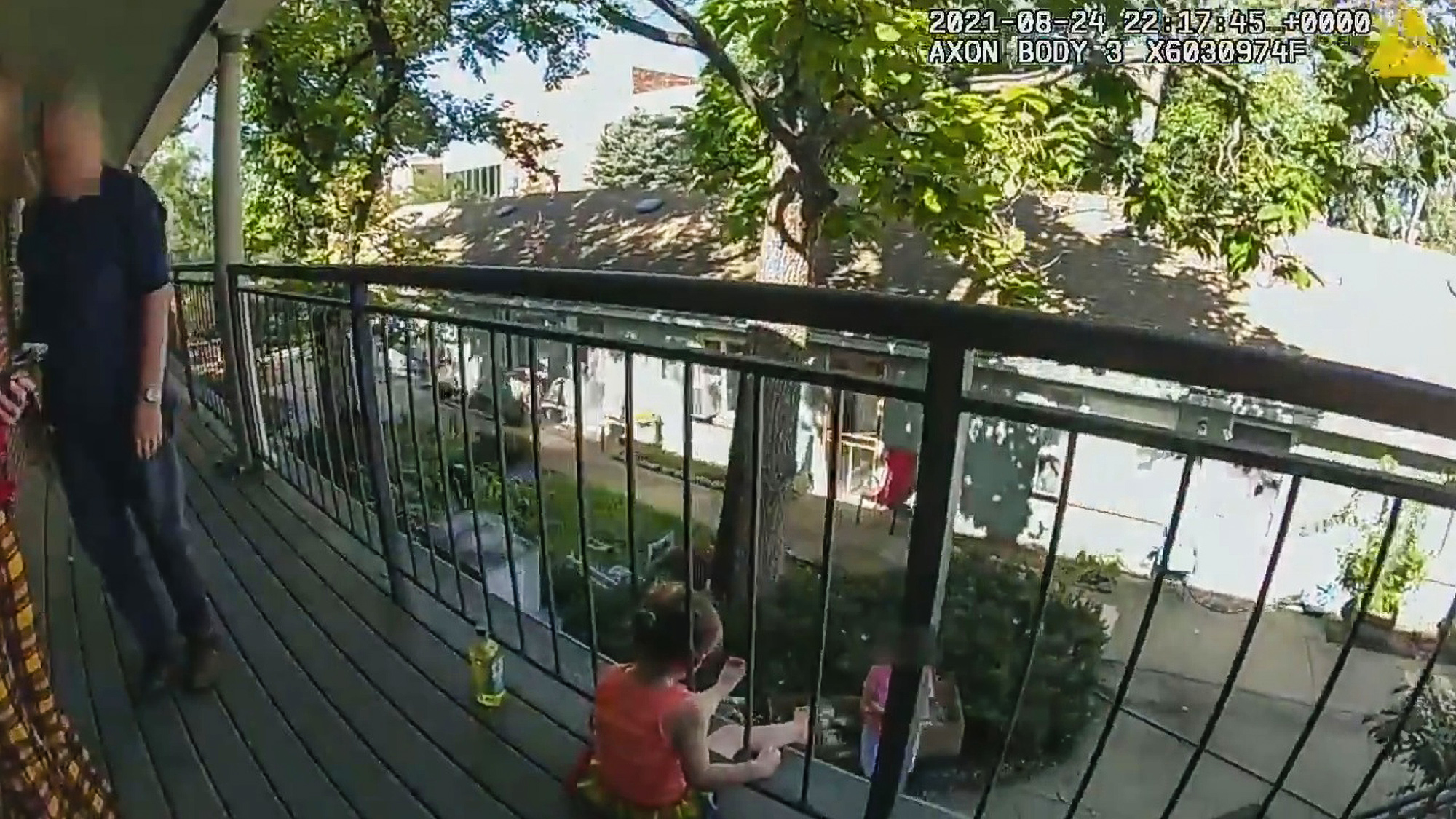 A toddler got her head stuck in porch railing in Boulder, Colorado. (@boulderpolice/Zenger)

A pair of quick-thinking Colorado cops used a battering ram to pry open the bars of a metal fence after a toddler got her head stuck.

Details about how the girl ended up in her predicament were not immediately available. But the Boulder Police Department said two officers, identified only as Sgt. Martinez and Officer Kyle, were sent to the scene.

The cops decided the best way to free her was with a battering ram — dubbed “The Enforcer” by officers — to bend the bars wide enough to release the girl. The battering ram is a familiar instrument to audiences of police reality TV shows: Officers most often use it to break down doors when they storm a house to serve warrants or make arrests.

In the footage, the girl is seen seated on the sidewalk of an outside balcony, with her legs sticking underneath the railings and her head trapped between the bars.

Martinez places the battering ram between the bars above the girl’s head and pries them apart with Kyle’s help.

The girl, whose name was not released and whose face police obscured in the video, manages to free her head and immediately runs to her mom to give her a hug.

As the two cops leave the property, the girl shouts: “Thank you!”

“As kids, we’ve all done things that seem like a good idea but that we come to regret,” the police department says in the video. “That was the situation here where this toddler accidentally got her head stuck.

They said the footage was “Shared with the mom’s OK.”

Boulder is about 30 miles northwest of Denver in the foothills of the Rocky Mountains. Its population is about 105,000. The city made international headlines in March of this year, when a grocery store there became the site of a mass shooting that left 10 people dead.

«Previous Post
Startups: Foreign Investors Bet On Technology In Latin America »Next Post
VIDEO: Wing And A Care: Condors To Be Released To The Wild On National Public Lands Day