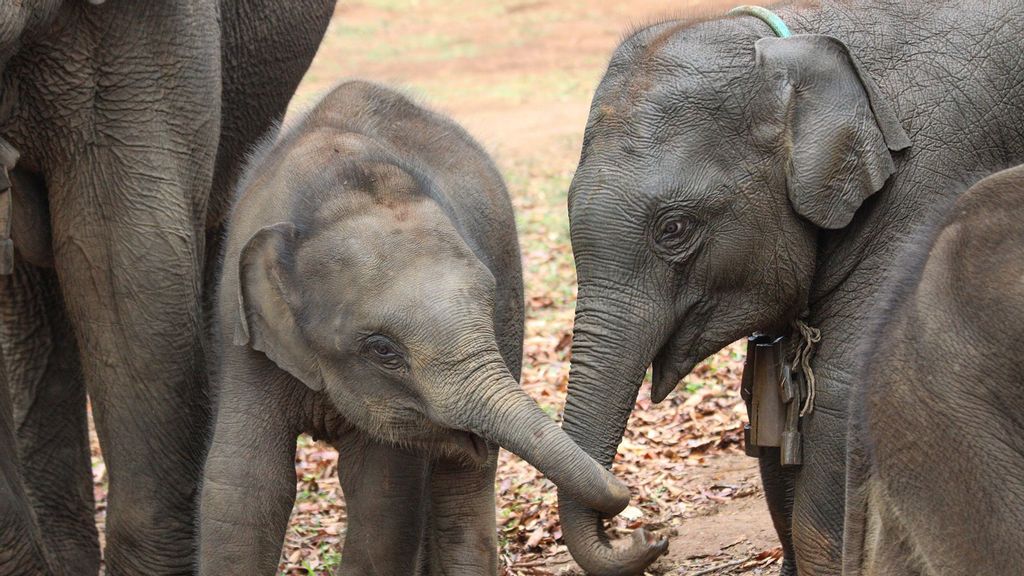 That’s the conclusion of researchers from the U.K., Myanmar and Finland, who studied semi-captive Asian elephants born over a period of more than 70 years in Myanmar and found that being raised with siblings had a big impact on the development of elephant calves.

The report, which analyzed data from more than 2,300 calves born between 1945 and 2018, was published in the Journal of Animal Ecology.

“Being raised with older siblings strongly increased calves’ long-term survival compared to not having a sibling, with elder sisters having a bigger impact than elder brothers,” researchers said in the report.

They found that female elephants raised with older sisters lived longer and reproduced on average two years earlier than those raised with brothers.

“Reproducing at an earlier age is generally associated with more offspring over the course of an elephant’s lifetime,” according to the study.

“Our research confirms that sibling relationships shape individual lives, particularly in social species, such as the elephants, where cooperative behaviors are essential to the development, survival and reproductive potential of individuals,” said lead author Vérane Berger, a postdoctoral researcher in the department of biology at Finland’s University of Turku.

Long-term effect of siblings on development is under-examined in animals with long lifespans — Asian elephants have a median life expectancy of 41 years — because of the logistical challenges involved in studying wild animals over extended periods of time. The elephants in this new study were semi-captive, which allowed the researchers easier access to them.

The animals are government-owned, and extensive records are kept about their lives from the day they are born.

“These elephants are used during the day as riding, transport and draft animals,” the researchers said. “At night the elephants live unsupervised in forests and can interact and mate with both wild and tame elephants.”

The mothers raise their calves until age 5, when they are trained to work. The Myanmar Timber Enterprise then strictly regulates the amount of labor the elephants can carry out each day.

“Because the elephants live in their natural habitats, there are many similarities to wild elephants, such as natural foraging and no assistance in breeding,” said Mirkka Lahdenperä, a co-author of the study and adjunct biology professor at the University of Turku. “While there are differences — in the wild, family groups are probably bigger — there are more similarities than differences.”