Popcorn With Zenger: ‘Dear Evan Hansen’ Is A Depressing Musical That Seems To Never End 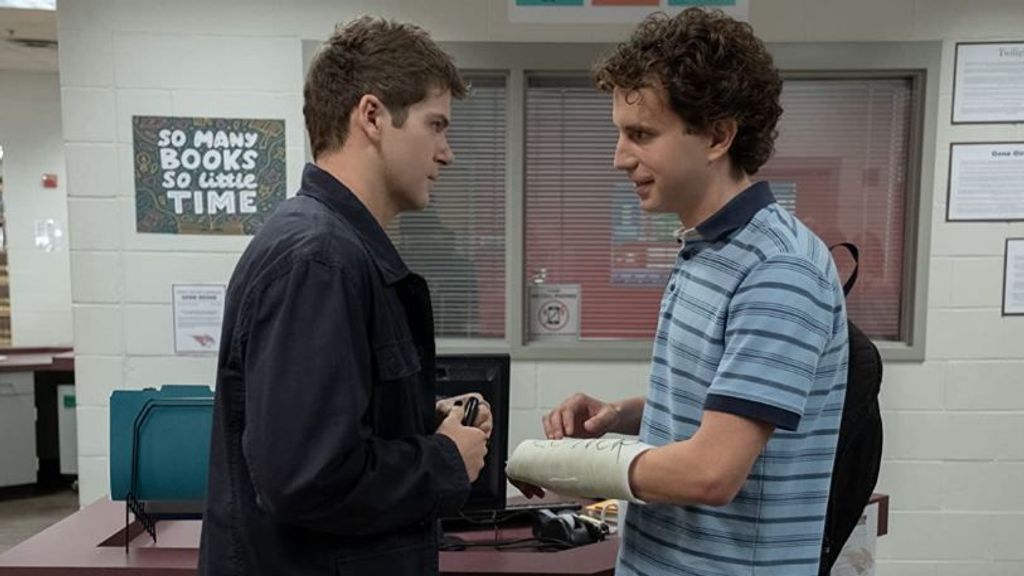 A two-plus hours musical about suicide featuring a glorified sociopath as a protagonist?

Strap in folks, this road is about to be rougher than a $2 steak on bingo night.

If you saw the trailer for “Dear Evan Hansen” and had no idea that the film is based on a Broadway play of the same name, then you may not have known that this film was a musical before you walked into the theaters. The reason for that may just be that Universal Pictures was ashamed of what you were about to see.

If you do decide to take the $15 or so plunge to watch this film, it will only take you a minute to realize, as kids on the internet would say, “You Dun Goofed.” Much like Connor Murphy, one of the central characters in the movie, the audience will walk away wishing they never knew who Hansen was.

The Story: The film begins by introducing us to protagonist Evan Hansen (Ben Platt), an unpopular teenager who can barely survive everyday life at his local high school. Evan writes letters to himself detailing what will be good about his day as an exercise against his depression.

In one of his letters, Evan wonders whether anyone would notice if he were not there. One day, he meets a classmate Connor Murphy (Colton Ryan) who looks like he could be a new friend. However, Connor reads one of Evan’s letters and misunderstands the context, causing him to be furious with Evan.

A week later, Evan is called to the principal’s office to meet with Connor’s parents, and is told that Connor has died by suicide, with Evan’s letter in his pocket. Evan attempts to tell them that he was the one who wrote the letter and that he actually didn’t know Connor, but he can’t find the heart to tell his family that they had no idea who their son was.

Evan decides to fabricate a relationship with Connor in order to give Connor’s family peace of mind. The problem is, the deeper Evan gets with Connor’s family, the more he realizes he had no idea who Connor was, and it gets even more difficult to keep his con going before the wheels fall off.

Bright Spots: The only positive footnote in this disastrous misfire is the performance of Kaitlyn Dever. She plays Zoe, the grieving sister, and it’s the only part of this movie that feels in any way authentic. Zoe is the centerpiece of the narrative, given her connection to the two main characters. Any lesser actress would have foundered in the role. Dever’s charm is only matched by her ability to carry the emotional weight of the film. Without her, this would have been a far rougher film to digest than it is.

Weak Spots: Hollywood refuses to let the young adult genre die despite the fact that maggots have already consumed the corpse. “Dear Evan Hansen” is the cinematic equivalent of shooting yourself in the face with a revolver full of blanks.

Platt plays the role of Evan in both the movie and in the original stage play, but the transition isn’t always smooth. Sure, Platt is solid enough when it comes to the film’s musical numbers, but as a leading man, nothing about his presence is attention-grabbing outside the fact that he’s a near 30-year-old actor playing a high schooler.

Evan’s story is tough to sympathize with. A socially awkward kid who has a crush on a girl meets her brother via circumstance and then cons her family into thinking that he was best friends with him just to get close to her. The number of red flags here could stop a NASCAR race in its tracks. The film would have been more fitting if it was an origin story for a super villain, but instead, it’s meant to warm you up to people who are all avoiding taking any responsibility for the events leading up to a kid’s suicide.

The story ridiculously stretches the realm of reality by time-lapsing through character development using songs that distract the audiences from questionable character motivations. Whenever the hammer should drop on our protagonist for the avalanche of lies he has been telling throughout the movie, a musical number starts, as if the character is literally trying to “la la la” his way out of trouble.

We are given no genuine reason to care about any character, but the worst sin of them all is the run time. Two hours and 17 minutes is borderline criminal for a film of this caliber. Visually, “Dear Evan Hansen” is the worst part of modern high schools. A dull, uninspiring and woke atmosphere doesn’t even give audiences a visual distraction from the melodramatic drivel they are forced to consume for more than two hours.

The Takeaway: “Dear Evan Hansen” tries to tackle the issues of teenage anxiety, depression and suicide, but its complete lack of self-awareness is more likely to cause depression than shed any light on the issue. A film too lazy to go beyond the surface level of the problems it chooses to highlight is a failure for everyone involved — especially the viewer.

See or Skip: Some things are better left on Broadway, and this is not a musical worth heading to theaters to experience.