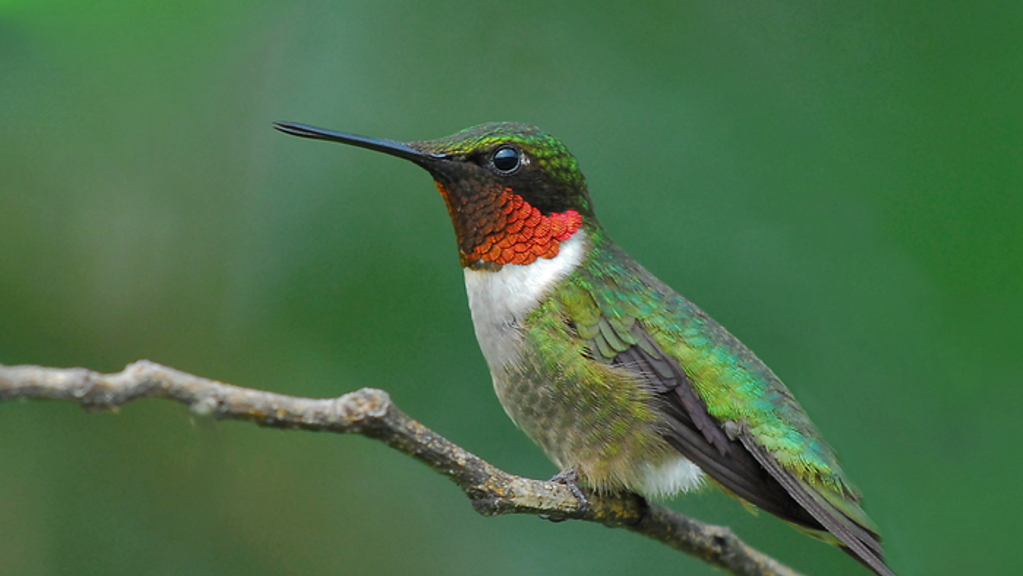 Ruby-throated hummingbirds were three times more likely to be spotted within 70 miles of airports in Canada and the U.S. than before the pandemic. (Jim Hendrickson, Cornell Lab of Ornithology)

Pandemic lockdowns meant restrictions and less travel for people but benefited the great majority of birds.

An international study published in the journal Science Advances found that 80 percent of the bird species examined increased their numbers near cities, major roads and airports.

“A lot of species we really care about became more abundant in human landscapes during the pandemic,” said researcher Nicola Koper of the University of Manitoba. “I was blown away by how many species were affected by decreased traffic and activity during lockdowns.”

The study focused on areas within approximately 70 miles of human-altered landscapes across Canada and the United States.

Researchers found that reports of bald eagles increased where restrictions were the most severe. Barn swallows were reported more often within about a half mile of roads than before the COVID-19 pandemic. In addition, ruby-throated hummingbirds were three times more likely to be spotted within 70 miles of airports than before the pandemic.

“Having so many people in North America and around the world paying attention to nature has been crucial to understanding how wildlife react to our presence,” said lead author Michael Schrimpf of the University of Manitoba. “Studies such as this one rely on volunteer birdwatchers, so if you enjoy watching wildlife, there are many projects out there, like eBird and iNaturalist, that [could] use your help.”

The researchers relied on large data sets derived from more than 4 million eBird observations of 82 bird species throughout Canada and the United States.

They referred to eBird reports from before and during the pandemic, ensuring that the final data had the same characteristics, such as location, number of lists and level of birdwatcher effort.

“We also needed to be aware of the detectability issue,” said co-author Alison Johnston of the Cornell Lab of Ornithology. “Were species being reported in higher numbers because people could finally hear the birds without all the traffic noise, or was there a real ecological change in the numbers of birds present?”

Some bird species reduced their use of human-altered habitats during the pandemic. Fewer reports were made of red-tailed hawks near roads, perhaps because there was less roadkill available for them to eat when traffic declined. However, far more species were spotted more often in human-dominated landscapes.

If better detectability had been responsible for the increase in bird numbers reported, the scientists would have expected more reports for smaller birds, as they are harder to detect beneath traffic noise. However, the increased reporting was noted across many species, from hawks to hummingbirds, putting that theory to rest.