VIDEO EXCLUSIVE: Actor Michael K. Williams On Trauma And The Arts, In His Final Message

In a filmed award acceptance speech, the star of “The Wire” talked about turning his life’s traumas into memorable TV characters. 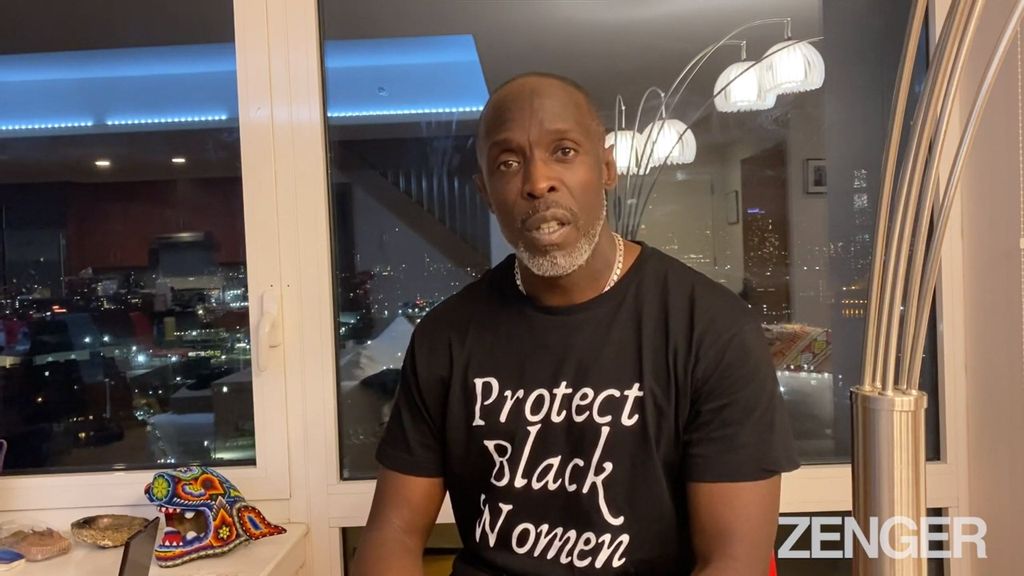 Michael K. Williams recorded an award acceptance speech for the National Congress of Black Women in the days before his Sept. 6 death. It may be the late actor's final videotaped message about his life's traumas and how the arts saved him. (NCBW/Zenger)

Michael K. Williams has spoken from beyond the grave, thanks to video footage recorded just days before his death.

The late Emmy-nominated actor, known mostly for “The Wire” and “Boardwalk Empire,” left behind a message about his life’s traumas and the character studies he made of them. And an epitaph: “Thank you for seeing me just the way I am.”

He recorded the brief video for the National Congress of Black Women, whose annual awards gala was held Sept. 19. When the organization told him he would be honored with its Dick Gregory Good Brother Award for community service, Williams spoke into a camera for more than a minute, anticipating that the short acceptance speech would be played during the virtual event.

Zenger has obtained a copy of the video, which appears to be Williams’ last before he was found in his Brooklyn, N.Y. penthouse apartment, the apparent victim of a drug overdose at age 54.

Williams wore a black t-shirt to record what he couldn’t have known was a farewell. It read: “Protect Black Women.”

The National Congress of Black Women is a nonpartisan group that advocates for greater participation by black women at all levels of government, civil society organizations and private-sector business.

Williams thanked the group while he downplayed the praise he received for mentoring young people in urban communities of color, and for pressing lawmakers to reform America’s juvenile justice system.

“The work I do deserves no accolades, no pats on the back. In my heart, I’m doing what I’m supposed to be doing as a man from the same communities our youth are struggling in today,” said Williams, who grew up in the East Flatbush section of Brooklyn.

“If I don’t come back and bring my gold and my experiences and my knowledge back to the community,” he asked, “what’s it all for?”

Despite a well-chronicled history of drug addiction, childhood sexual abuse and an adolescence peppered with petty crime, Williams channeled his experiences into one of the most memorable and culturally impactful television characters in recent memory.

As Omar Little on “The Wire,” he played a brutal, notorious and gay stick-up man whose sawed-off shotgun added masculinity to a character that Hollywood might have sidelined a generation ago as an explosive contradiction. And in the gritty grime of Baltimore’s drug wars and corruption, Omar’s sensitive private nature gave him complexity that put Williams on the map as a star.

In his final video, he thanked God for talents that allowed him “to exorcise and pour out some of my trauma that I experienced, into the arts. Thank you for seeing me just the way I am.”

Dr. E. Faye Williams, who was not related to the late actor, is the National Congress of Black Women’s national president. She told Zenger that the group’s awards are meant “to honor those people who have made a significant difference in our communities.” She called Michael K. Williams “an activist at heart. Giving back to the community played an important role in his off-camera life.”

This year’s honorees were selected in part because of their efforts to protect voting rights in underserved communities, and for promoting voter registration efforts in parts of the U.S. where those rights are at risk, according to Theresa Buckson, M.D., an obstetrician who chaired the 2021 awards committee.

Dr. Buckson, who knew Williams for the last 15 years of his life, told Zenger that his death was “an immeasurable loss,” and he “had a heart for social justice and for being a voice for those who had no voice.”

“He also had a kindness about him that was different,” she said. “And through the years I realized that above all, he wanted to be able to help others. He wanted to ‘do good.’ He was genuine.”

Although it is modestly funded, the National Congress of Black Women’s 2019 tax return shows it spent nearly one-third of its income, about $98,000, on outgoing grants that year, the latest for which IRS records are available. One grant helped to develop urban farming as a form of assistance for “underserved and underprivileged communities that are in desperate need of healthy foods.”