Former Gov. Terry McAuliffe is seeking a return to office by linking his wealthy GOP rival Glenn Youngkin to the former president. 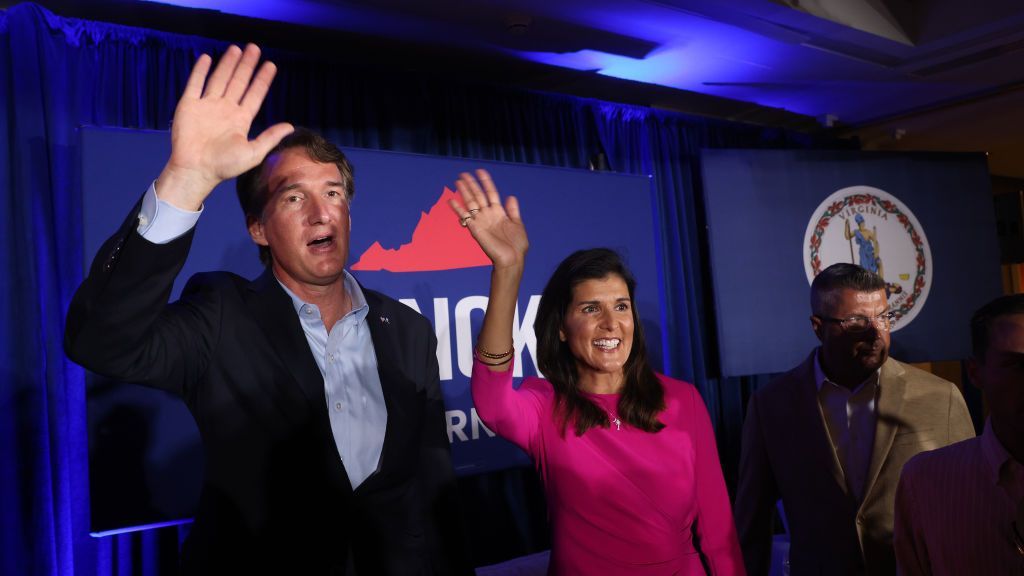 Former Virginia governor Terry McAuliffe is in a tightening race in his quest to return to the governor’s mansion in Richmond.

With the Nov. 2 election just over a month away, McAuliffe, a Democrat who served as the state’s governor from 2014 to 2018, leads his Republican opponent, Glenn Youngkin, by an average of 4.4 percentage points across the latest polls. McAuliffe is making Youngkin’s ties to former President Donald J. Trump a pivotal issue in the race as he seeks to buck — for a second time — Virginia’s tendency to vote in a governor from the party that did not win the White House the previous year.

“Terry is smarter than Glenn politically and has enough money,” Michael Cornfield, research director for George Washington University’s Global Center for Political Management, told Zenger. “But given the state’s history of voting against the White House incumbent for governor, McAuliffe has a pitted road to walk.”

McAuliffe’s campaign has focused on linking Youngkin, a former CEO of the private equity firm The Carlyle Group who has an estimated net worth in the hundreds of millions of dollars, to Trump. Youngkin has focussed his campaign on his economic credentials as a businessman and has attacked McAuliffe’s record in office, accusing the former governor of overseeing increased crime rates and falling education standards when last in office.

Many of the McAuliffe’s campaign television ads have downplayed his own candidacy and instead sought to highlight Trump’s glowing endorsement of Youngkin. It has unveiled recordings of Youngkin praising Trump and grainy footage of the GOP gubernatorial candidate in a red hat reminiscent of Trump’s “Make America Great Again” merchandise.

McAuliffe has even dared Trump to campaign for his opponent, offering to cover the cost of gasoline for his visit in the hopes of driving Democratic voter turnout.

“Typically, the New Jersey and Virginia gubernatorial elections, which are the only two which happen the year following presidential elections, have been seen as a statement about the sitting president,” William Antholis, director of the Miller Center of Public Affairs, a nonpartisan affiliate of the University of Virginia, told Zenger. “What we are seeing is an attempt by McAuliffe making this about a past president.”

McAuliffe seemingly shares the confidence of many other Democrats who think linking his Republican opponent to Trump will motivate liberal-leaning voters to turn out on Nov. 2. Such a strategy is also seen as potentially turning away suburban moderates, who form a powerful voting bloc in Virginia’s wealthy and populous north, from listening to the GOP candidate.

It’s a game plan that could “absolutely” prove successful, according to Brandy Faulkner, a political science and international studies professor at Virginia Tech.

“In both state and national elections, candidates have been running on an anti-Trump platform for five years. It has proven to be effective,” Faulkner told Zenger. “I am not sure how much longer it will last, but for now, it’s a viable strategy.”

Youngkin’s campaign has countered that McAuliffe by focusing on Youngkin’s ties to Trump is avoiding addressing real issues of concern to Virginia voters.

“McAuliffe can’t stand on the issues, so he resorts to divisiveness and political games,” Youngkin spokesperson Macaulay Porter said in a written statement to Zenger. “Career politician Terry McAuliffe would rather be running against someone else because he knows he cannot win on his radical left-wing agenda.”

But Trump aside, Virginia’s evolving political landscape and McAuliffe’s experience as governor between 2014 and 2018 — before he handed over the reins to current Gov. Ralph Northam, also a Democrat — give him even more of a leg up in the race, according to Faulkner.

The state has steadily edged toward the Democratic Party over recent decades.

Since McAuliffe finished his single term — a governor cannot serve two consecutive terms in Virginia —the state’s voters have given the Democrats handy majorities in both chambers of the state’s General Assembly. After voting for Republican presidential candidates in every election between 1952 and 2004, besides Lyndon B. Johnson’s 1964 victory, Virginians have given Democrats the edge over the past three cycles: Barack H. Obama carried the state’s 13 electoral college votes in both the 2008 and 2012 elections, and Virginians voted for Hillary R. Clinton in 2016 and Joseph R. Biden Jr. in 2020.

“As a former but not current governor, McAuliffe enjoys all the benefits of incumbency, including name recognition, experience and the backing of the state party establishment,” said Richard Meagher, a political science professor at Randolph-Macon College. “But since he’s been out of office for four years, he mostly avoids the downsides, as he can claim any recent policy or government action you hate is not his fault.”

“Plus, recent demographic trends favor Democrats, as the urban corridor from northern Virginia through Richmond and out to Virginia Beach and Norfolk dominates the state’s population and politics,” he added. “Virginia is a blue state now, so a Republican win would be a significant upset.”

Still, Virginia’s leftward shift is new — and not necessarily set in stone.

Less than a decade ago, McAuliffe won the 2013 gubernatorial election against former Virginia senator and attorney general Ken Cuccinelli by less than 57,000 votes, so he knows firsthand how close elections can get in the onetime swing state.

“McAuliffe shouldn’t feel safe,” Faulkner said. “Virginia is blue, but not blue enough to assume Youngkin can’t win. We have an incredibly polarized political landscape, and people are clinging to their parties with all of their might.”

“The Republican Party didn’t just disappear over the past two administrations; we saw some incredibly close General Assembly elections this past November. The party still remains a viable threat to Democrat candidates,” she said. “[McAuliffe] knows he can’t just push the cruise control button. Democrats have the electoral momentum, but early polls are showing Youngkin is a strong candidate.”

Even as a political newcomer with little name recognition, Youngkin gave a credible debate performance, and his campaign raised more money ($15.7 million) between July 1 and Aug. 31 than did McAuliffe’s ($11.5 million).

Youngkin’s pursuit of the governor’s mansion has largely focused on the difficult task of threading the needle between Virginia’s moderate Republicans in the state’s north and the Trump-loving populism that will fuel turnout further south.

“Youngkin is trying to keep the Trump coalition together while also targeting swing voters in the suburbs: His most recent advertising emphasizes bread-and-butter issues, as well as support from law enforcement,” said Kyle Kondik, managing editor of Larry Sabato’s Crystal Ball at the University of Virginia’s Center for Politics. “If Youngkin can differentiate himself from the overall party, he likely stands a greater chance of winning.”

In the end, though, voter turnout will likely be the election’s determining factor.

“If Youngkin wins, it will be because of turnout going in two different directions,” Meagher said. “Democrats will have stayed home with Trump out of office. And Youngkin will have mobilized Republican voters through a ground game of populist and church networks happening largely out of the public eye.”