The movie, based on Ramos’ brother, cast several Latino stars, including Danny Trejo. 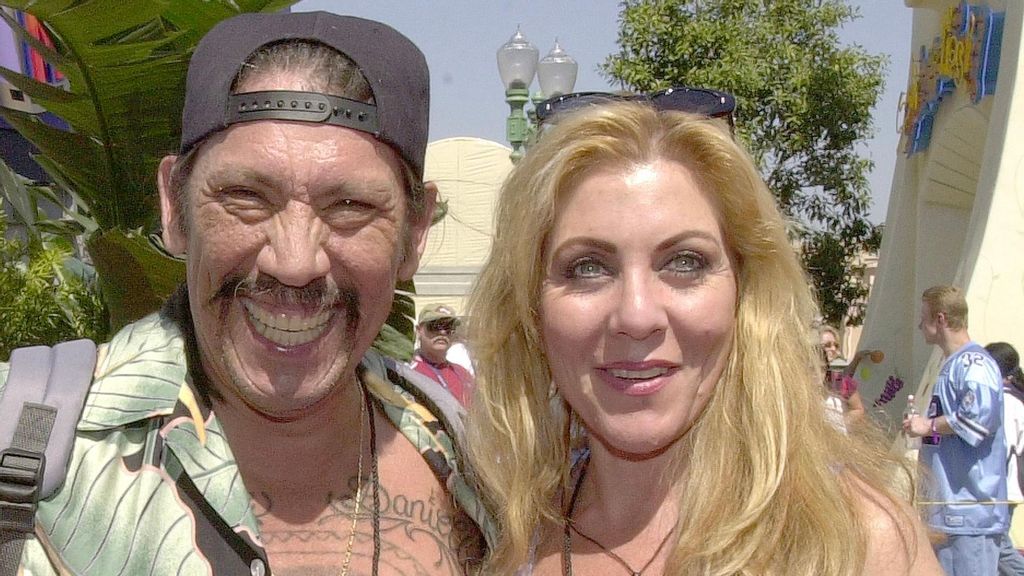 Danny Trejo stars in 'The Margarita Man.' Here, he is with his wife, Debbie Shreve. (Getty Images/Newsmakers)

The San Antonio-born actor, producer, screenwriter worked in TV and film for many years before he returned to his hometown to make his feature film directorial debut in “The Margarita Man.”

Ramos’s brother, Miguel, inspired “The Margarita Man.” Miguel had a side hustle in the late 1990s, as the guy who rented margarita machines for parties and events.

“Many times, after he delivered the machine and mix, the guests would invite him to stay for the party! He always had funny stories and strange experiences,” said the filmmaker.

Aaron Lee Lopez and David Reyes wrote the script, with Ramos supplying the story. Set on a college campus, the plot revolves around a young man whose partying ways gets him cut off financially from his family. That forces him to pay for his own schooling — by selling frozen margaritas.

With a long career in Hollywood, Ramos secured top Latino talent for his film.

The cast also features the seasoned and prolific Pepe Serna, who has appeared in more than 100 films, such as “Scarface,” “Silverado” and “American Me,” starring Al Pacino, Kevin Costner and Edward James Olmos, respectively.

Ramos had worked with Borrego on a previous project, while Serna joined as both an actor and one of the film’s producers. Coming full circle, Ramos returned to his alma mater, San Antonio College, to film “The Margarita Man.”

“Stepping back on campus, this time with a camera crew, that was a proud moment,” he said.

The acting and production bug bit him in his teen years when he discovered he could wear many creative hats.

In high school, he joined the school’s Drama Club, intending to become an actor.

“All the students were actors on stage and at the same time, had to work on the production crew,” he said. “I would jump from saying my lines on stage to going backstage to operate the lighting board. It was crazy but a lot of fun, and you learned a lot quickly.”

He became fascinated with behind-the-scenes production.

“Sometimes it would visit a movie set and show what was happening behind the camera,” he said. “I would see the lights and camera crew, and now and then, a guy with a clapboard shouting, ‘Quiet on the set! We’re rolling!’ And I thought, ‘That’s what I want to do.’”

A filmmaker is born

Serious about a career in Hollywood, Ramos enrolled at San Antonio College and majored in radio, television and film. When Dick Clark Productions came to Texas for ABC’s “Celebrity All-Stars” at SeaWorld, Ramos joined the production as an intern and got a position in the all-important cue card department. That was his first professional job as a freelance production crew member.

Soon after, Lifetime Network set up shop in San Antonio for “Attitudes,” a soap opera talk show. Ramos then joined the Directors Guild of America as a second assistant director/unit production manager.

When word got out that “Selena,” starring Jennifer Lopez and Edward James Olmos, was going to be filmed in San Antonio, Ramos mailed his resume to the production office. Weeks later, he got a call from the film’s producer, Moctezuma Esparza.

The San Antonio native got the “Selena” job, handling all the paperwork associated with actors on set–schedules, production reports, accounting and time cards, often feeling lost in a whirlwind of paperwork. But he survived.

“I just got through it,” he said. “It’s the kind of job where the job description just happens to you.”

Ramos has words of advice to newbies coming onto a production. “Take it all in. Ask questions. Learn as quickly as you can and hold on! Then take what you’ve learned from that experience and build on it for the next gig.”

That’s what he did, building a solid filmmaking foundation, one job at a time, by learning almost every production position on a film set. All that proved helpful when directing “The Margarita Man.”

“The Margarita Man” is streaming on Amazon Prime Video, TubiTV and IMDB-TV. The DVD is available to purchase on Walmart, Amazon, Best Buy, and Turner Classic Movies’ website, www.shop.TCM.com.