A mini mountain habitat is giving Barbary macaques and Barbary sheep a taste of the high life. 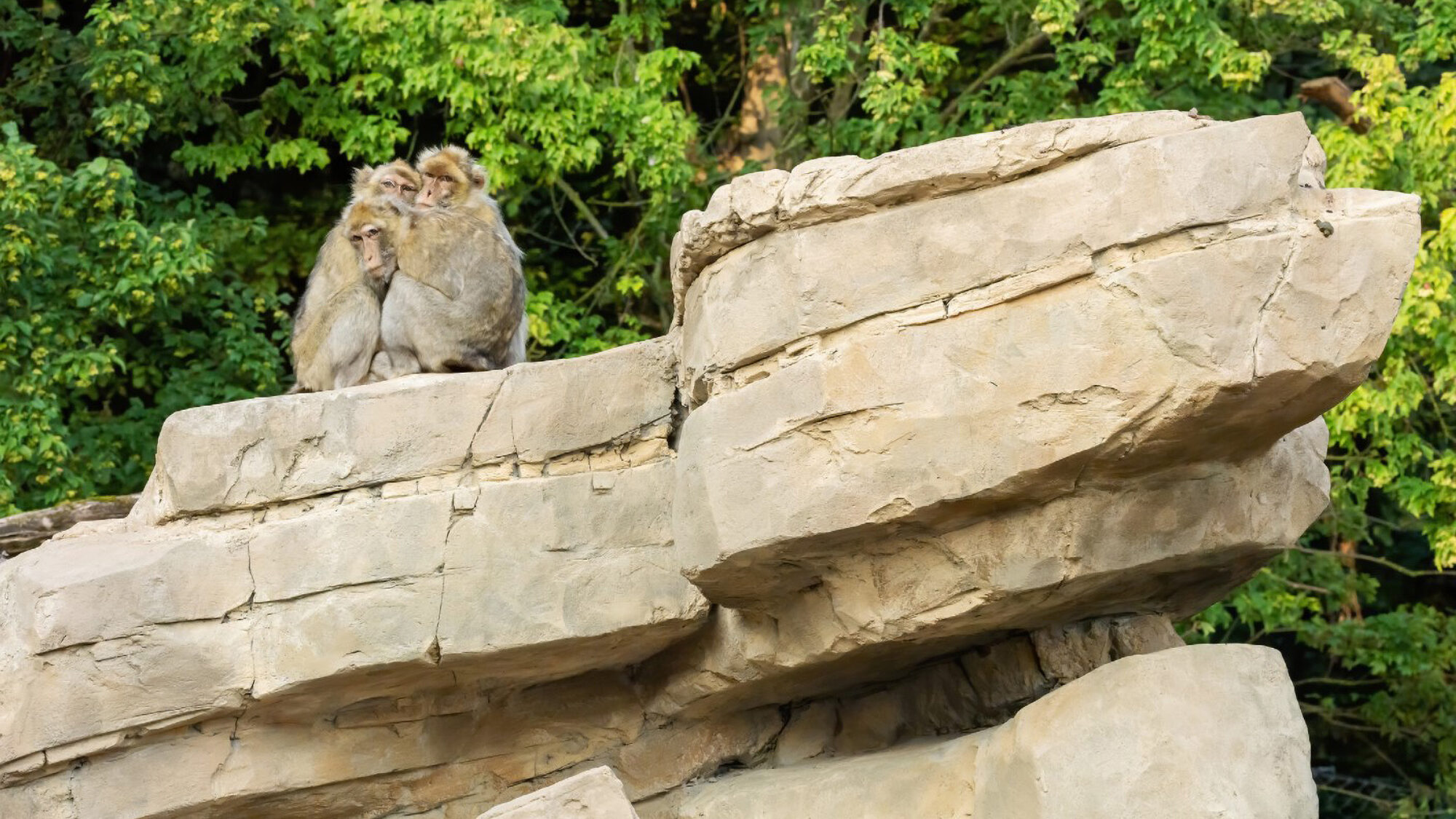 New habitat for Barbary macaques and Barbary sheep at the Schönbrunn Zoo in Vienna allows the collegial animals to live together in a larger natural environment. (Daniel Zupanc/Zenger)

Barbary macaques and Barbary sheep that have shared smaller quarters for more than 20 years at Vienna’s Schönbrunn Zoo are now living large.

Their new $1.5 million habitat offers rocks and trees for the higher-dwelling animals native to the mountains of Algeria and Morocco.

“An impressive rocky landscape has been created on 1,130 square meters, which takes visitors to the North African Atlas Mountains,” said zoo director Stephan Hering-Hagenbeck. “Gorges, steep walls, dry streams and plateaus convey an authentic impression of the habitat of the two animal species.”

“The elaborately created landscape offers the animals a lot to discover,” the zoo said. “In addition to rocks, the monkeys also have trees for climbing. The animal keepers can provide additional variety. There are small hatches in the rocks in which food for the monkeys can be hidden.

“The Barbary sheep can impressively demonstrate their surefootedness in the fodder tussle that has been integrated into the rock face. The rocks also offer shelter for the cold season. Integrated heating plates make it even more comfortable.”

The project, which took a year and a half to complete, offers a larger natural habitat for the Barbary macaques and Barbary sheep.

In some instances, Barbary macaques have been photographed on the backs of Barbary sheep. At Schoenbrunn Zoo, the animals have coexisted well for decades.

“It is interesting to observe the two animal species together — even more so in the new facility,” stated Austria’s Economics Minister Margarete Schramboeck. “The facility is great for the animals and another exciting attraction for the visitors.”

The Barbary macaque is listed as “endangered” on the International Union for Conservation of Nature’s Red List of Threatened Species, and Barbary sheep are listed as “vulnerable.”

Barbary macaques live in forest and shrubland, caves and non-aquatic subterranean habitats. Threats to the species are mining and quarrying, agriculture and aquaculture, extreme temperatures and drought, and human recreation in their areas of habitat.

Barbary sheep inhabit savannas, inland cliffs and mountains, and deserts. They are subject to the same threats as Barbary macaques, according to the International Union for Conservation of Nature.

The zoo said construction work on the new habitat started in spring 2020 and cost approximately $1.5 million.

The 250-year-old Schönbrunn Zoo is known as the world’s oldest.

Zoo historian Gerhard Heindl said that after the death of Holy Roman Emperor Franz Stephan von Lorraine (1708-1765). The remaining one is key to recognition of the facility as the world’s oldest enduring zoo.